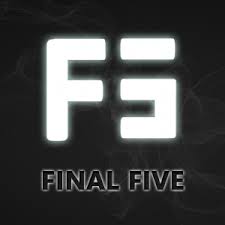 Now that we are in the midst of the off season everyone is eager and excited for the regular split to start up again, and jump back into the lcs action. Another factor league of legends fans are wiggling in their seats to know is who will be the two new teams in the professional circuit. With the expansion tournament on its way to the live stage lets take a look at Final 5 and Team Fusion, what they have done so far in the tournament, and what we can expect from their match against each other.

Final 5 are one of the teams in this tournament that not a lot of people knew anything about. Expecting to win one series at best (then be bested by a tournament favorite) Final 5 has proved they are not to be underestimated.

It was immediate in picks/bans that Zenith had done their homework. Their first ban is Vayne, denying it from Prototype (who has over 1500 solo q games on The Night Hunter) and wounding his champion pool. A Rengar ban combo’d with picking up Lee Sin now also put Shorter Ace on crutches, and forced onto khazix. Fusion Five built a “protect the adc” comp, and had decent mid-game team fight drafted for them. As the game went on, Final Five just couldn’t seem to find their rhythm. The vision control was purely defensive on their part and Zenith was poking them down to the point they couldn’t contest. Late reactions (Rhux TP’d into a team fight too late, virtually wasting his summoner), poor positioning (Rule 18 was caught out of position five times and immediately bursted down), and not finding any team fights was just too much for Final 5 to recover from.

Moving onto game two, Zenith once again exploits the small champion pools of F5. Picking up Twitch for themselves, F5 have not limited themselves to just a team fight anymore. More proactive initiations from Shorter Ace helped get Maokai rolling early in the top lane (which is what saved them in this game.) Though they were set up for success, mental errors still plagued F5 and twenty five minutes in, the game was anything but won. Having a fed Maokai on your team however means he can front line team fights and start engages, which allowed F5 to pick up a victory in game two.

Game three was polar opposite of the first game. Final 5 seemed to have finally drafted a super comfortable comp for themselves and then proceeded to decimate. Snatching early objectives, aggressive vision control, and initiating fights allowed them to snowball hard. They had an 8k gold lead at 25 minutes and drug Zenith around the map with a 1-3-1 split push that eventually overwhelmed Zenith, and won Final 5 the series.

This is where the term Dark Horse applies to Final 5. Everyone and their mothers expected Complexity to crush F5 (especially with their shaky series against Zenith.) Unlike Zenith, Complexity (seemed like) they had not prepared for this match at all. None of their bans exploited F5’s small champion pools. With a comfort comp of Lee Sin, Zed, & Vayne, F5 brought on the pain train. Complexity  just seemed out of sorts with poor positioning, and communication errors. Complexity split up during a dragon fight and all 5 members of F5 began to collapse on them one by one. With an untouchable split push Zed, F5 didn’t let off the gas until they had stormed deep in Complexity’s base.

From picks/bans alone, it would seem Complexity learned their lesson for game two. Even with a smarter pre-game however, this would not help them. F5 had one of the sickest wombo combos I’ve ever seen, and winning all their lanes early snowballed them to a 3k gold lead in just seven minutes! Well oiled rotations and great engage allowed F5 to close the books on this series in spectacular fashion.

Team Fusion: Coming in with all the hype

Game one against NME, was not the most tactfully played game, but damn was it entertaining to watch. MaKnoon whipped out Poppy to everyone’s surprise, and partnered with a team of cc and engage, Fusion came looking for the fight. MaKnoon was camped hard in the start of the game and overall from Fusion they seemed very sloppy in their engages. Once they found the engage however, they were mechanically overpowering and would beat NME into the ground. Instead of tactful decision making, once Fusion knew they were ahead they forced fights that NME could not win. Poppy promptly bursted down anyone in her sights, even acquiring a quadra kill. They continued this method until NME fell too far behind and eventually lost.

Game 2 was more of the same. Fusion actually picked even less wave clear into their comp, which basically said “We’re gonna force fights on you, and you know you can’t win.” The start was a little slow, I think Fusion realized they were a little over zealous in game one. Fusion showed some signs of restraint, but once they acquired a 5k gold lead it was back to pummeling faces. They proceeded to 1v2, tower dive, and force engage after engage. Though it was evident that Fusion had numerous weaknesses in their preferred bruiser style, NME had already fed too many kills over, and Fusion closed this game just like the last.

Final 5 boasts quick adaptation, great vision control, and objective control, but has a very small champ pool that can be exploited. Fusion brings super hard engage, well oiled mechanics, and no fear to fight, however that mentality got them in some sticky situations against NME. These two teams meet up on December 12th to kick-off the live portion of the expansion tournament, and then we shall see which is better, Brains or Brawn.