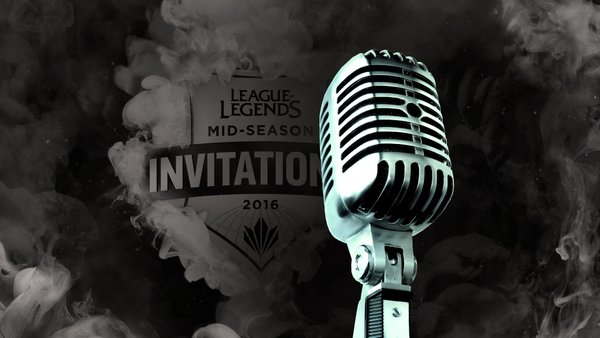 It’s day one of the highly anticipated 2016 Mid Season Invitational! Who are your favorites and how are they faring so far? Let’s take a look. 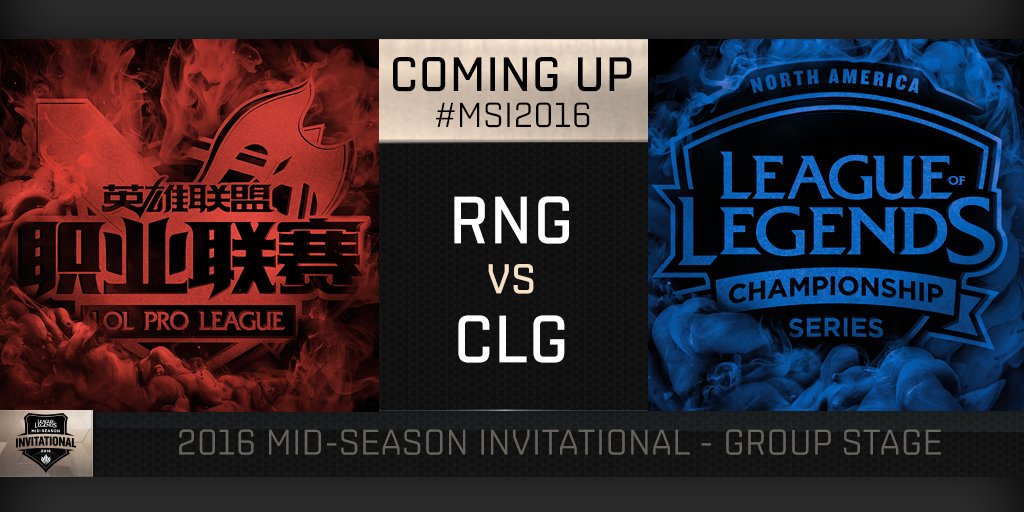 Royal Never Give Up vs Counter Logic Gaming

The most surprising and exciting thing out of the pick and ban phase is seeing Jaehyun “Huhi” Choi picking up Aurelion Sol. I almost had forgotten this champion existed and it’s exciting to see it picked up in competitive play.

Early game was pretty interesting. Though, it didn’t result in much action the most amusing moment in the game was when Huhi ganked for Darshan “Darshan” Upadhyaha up top. He flashed to try and stun Hyeongseok “Looper” Jang but Looper instantly ulted him away before he could stun him or anything. It was just a bit comedic how it all went down. First blood was given over to Looper with a fantastic TP who secured a kill on Trevor “Stixxay” Hayes. Shortly after, Darshan returns the favor with his teleport and a kill on YuanHao “xiaohu” Zhou.

Sehyoung “Mata” Cho comes up big when CLG extend too far and Azir cleans up around the 20 minute mark. It pushes Royal forward into the lead.

Twenty-six minutes in, the game looked dire for CLG but suddenly Stixxay takes a Quadra! CLG bait around baron and draw out Looper’s teleport and quickly kill him. The death timers are still so long and CLG take teleport and lose nothing. The momentum has suddenly swung back into CLG’s favor!

The game again pushes into Royal’s favor as CLG overextend bot lane and Mata gets a crucial pulverize, a 4 for 0 in favor of Royal. This game continues to swing back and forth in momentum and it is hard to know who is really favored.

A fight breaks out mid and CLG aced Royal to the tune of over a minute death timers. Two deaths to CLG but they take baron.

Stixxay gets another Quadra but the rest of his team is down. Looper TP’s in and after an extended dual Stixxay falls. As soon as everyone is up another fight breaks out over 5th dragon. CLG takes the fight and the dragon. Stixxay continues to really come up big.

Suddenly another fight breaks out and Royal ace CLG.

Winner: Royal Never Give Up 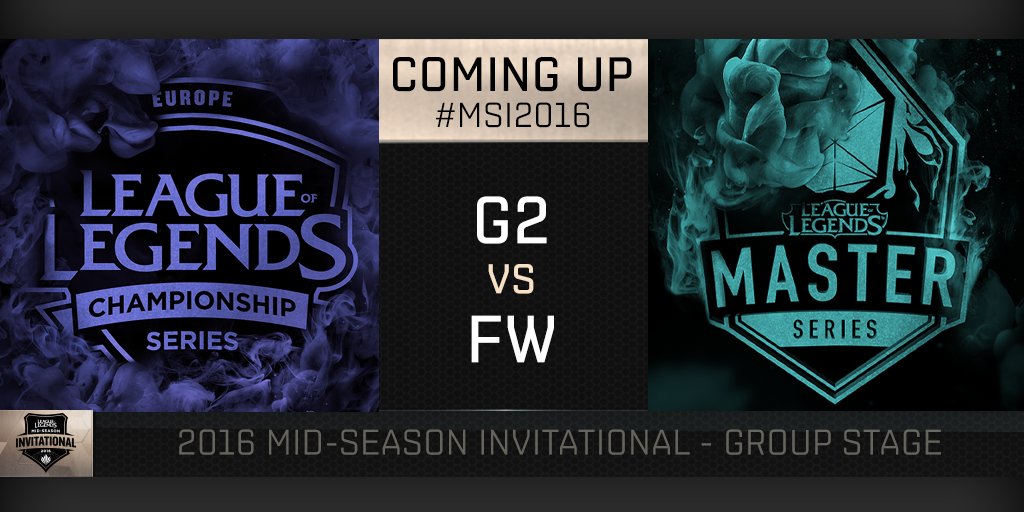 Quickly, G2 establish an early cs lead. Gangyun “Trick” Kim grabs an early first blood but Lihung “MMD” Yu is able to follow up with a kill on Mateusz “Kikis” Szkudlarek. Shortly after YiTang “Maple” Huang and Trick go down in another even trade.

The early game is full of action. At around ten minutes, the kills are even 3 to 3 but Trick sneaks first dragon without drawing any attention. The game continues to escalate and at 15 minutes fight ends in a 3 for 3. The turrets are 2 to 2 but G2 hold a 2k gold lead. Despite how the objectives are relatively even, G2 are controlling the pace of the game with superior farming and a stranglehold on the map.

At the 20 minute mark, Flash Wolves are able to find a hold on the game with a 3 for 0 and then taking down a turret. G2 respawn and ran to baron, Kikis secures it and follow up with a fight that ends in 3 to 1 in favor of G2.

Going into the 30 minute mark, G2 start baron but MMD teleports in and stopped them. Trick is taken down before he can even put down Lamb’s Respite. Flash Wolves have pushed G2 back but top lane is pushing into Flash Wolves and they retreat. As soon as Trick comes up they run back to baron but Flash Wolves steals baron! HauHsuan “Karsa” Hung smites it away and in the end the fight after results in a 1 for 1.

Flash Wolves break open G2’s base at 33 minutes but back away before they took the inhibitor mid. They rotate top lane and take the inner turret.

Trick steals Baron from Flash Wolves at 38 minutes but the Wolves turn and take two kills in response. In the end, it’s Flash Wolves that take down an inhibitor and 41 minutes into the game finally pull ahead in the gold. 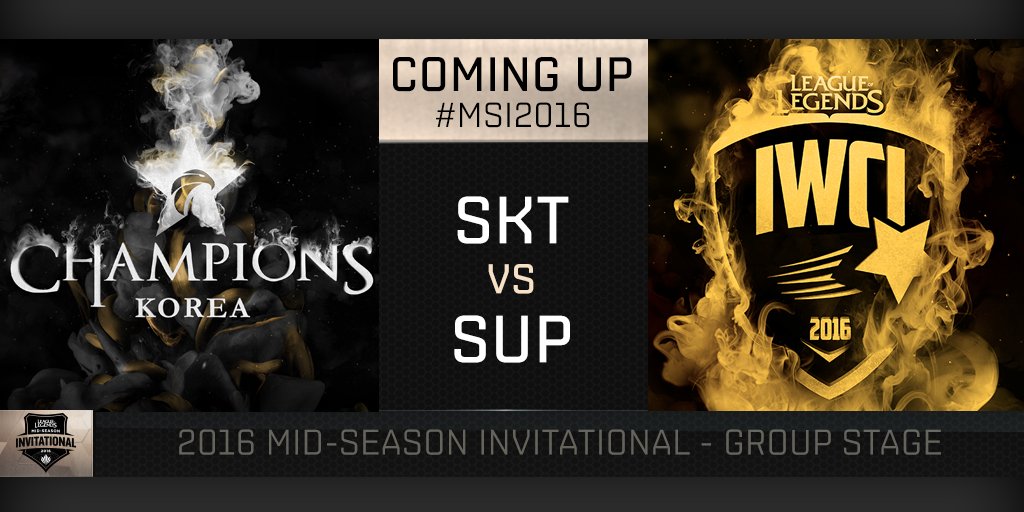 This will be a difficult game for SuperMassive and it starts off rockily. After close dual, HoSeong “Duke” Lee takes down Berke “Thaldrin” Demir for first blood in top lane. Immediately, SunGu “Blank” Kang goes to top lane and Thaldrin is cut down again.

The game is extremely one side as one would have expected. SKT are able to make picks all over the maps. Nicolaj “Achuu” Ellesgaard is nearly able to take down JunSik “Bang” Bae but JaeWan “Wolf” Lee shows up and Achuu falls instead.

At twenty minutes, SKT are ahead 11 kills to 1, 2 to 1 in turrets and 2 dragons to 0. A few minutes later, SKT go to baron. Furkan “Stomaged” Güngör steals baron right from under Blank! SKT take two kills in trade but maintain an over 10K gold lead.

With the scoreboard at 22-1, SKT take SuperMassive’s nexus in a decisive win. 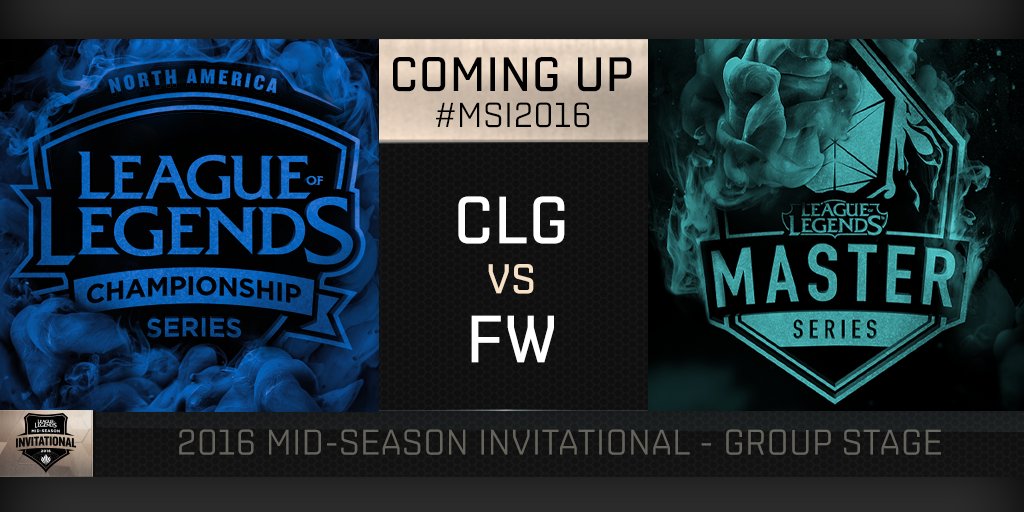 CLG take first blood on WenAn “NL” Hsiung but Flash Wolves turn it around and take a kill off on Darshan who had teleported in after the fight was mostly over. Everyone returns to their lanes to farm. There’s periodic skirmishes with another trade of kills, leaving the teams even at 2-2 with all turrets up. CLG do pick up the first dragon.

An early advantage is secured by CLG but their pace is slow and careful. The game is still anyone’s to win or lose as their stuttered momentum leaves the door open for Flash Wolves. At 19 minutes they concede Rift Herald to CLG and focus on regaining wave control.

Flash Wolves pick up a kill on Huhi and gain a mid inner turret. They’re able to shift the momentum into their favor on the back of an impressive ult from ShuoJie “SwordArt” Hu’s Braum to start it all off.

At 30 minutes, the kills are tied 5 to 5, turrets are even are 3-4 in favor of Flash Wolves. However, CLG do have 4 dragons. The game has been filled with questionable teleports from both Huhi and Darshan and have cost CLG a more decisive hold on the game. Maple has been able to consistently push the side lanes with his teleport up, ready to assist his team.

Around 35 minutes, Flash Wolves bait baron. Maple peels while MMD is able to secure kills. They end 3 to 1 and gain baron. CLG try for fifth baron but Flash Wolves intercept and take down Jake “Xmithie” Puchero. Karsa takes the dragon as the rest of Flash Wolves zones CLG away. During the baron buff, CLG are able to defend their inhibitor and slow the bleeding.

At 42 minutes, Xmithie takes the dragon and Flash Wolves quickly retreat away from the fight. However, Xmithie continues to pursue and a skirmish ensues. They trade 2 for 2. CLG start baron and are able to secure it and nearly ace. MMD escapes Huhi with a sliver of health and the game has once again turned on it’s head.

CLG crack open Flash Wolves base at 45 minutes in. CLG take a huge fight and despite a valiant defense from Maple, the Flash Wolves’ Nexus falls. 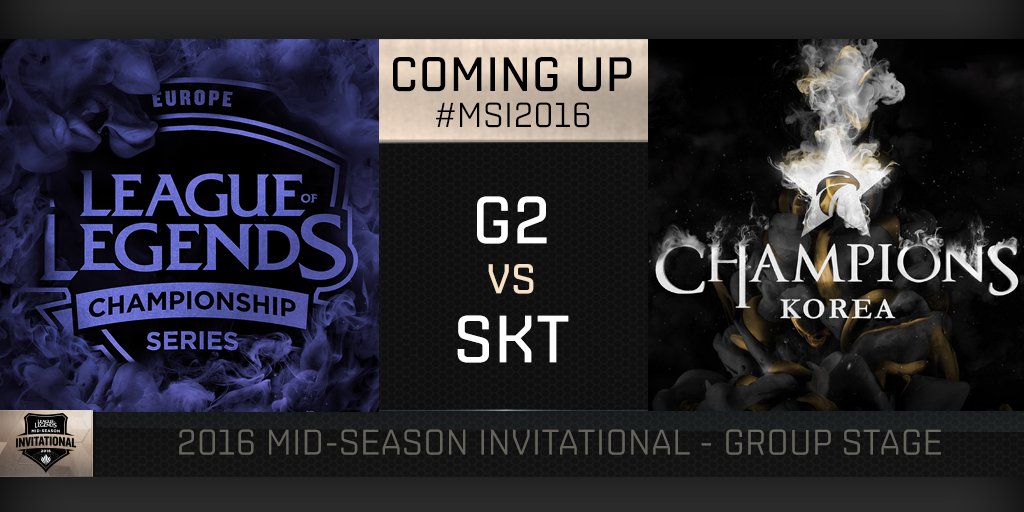 Luka “Perkz” Perković and Trick are able to force SangHyeok “Faker” Lee’s flash right from the start. However, SKT continue to control the pace of the game and return to focusing on farming in all lanes. First blood was secured by SKT and shortly after two more kills.

Fifteen minutes in, the pace is heavily in SKT’s favor. The kills are 8 to 2 but G2 have taken the only turret of the game. SKT move to Rift Herald but no one has taken a dragon. Sub twenty minutes and they effectively ace G2. There is little hope that G2 will be able to find even a foothold in this game.

Twenty minutes in, it is 3-18 in favor of SKT and SKT go to baron as soon as it spawns. It’s an easy baron for the Korean team. Turrets are 4-1 and one dragon in favor of SKT. 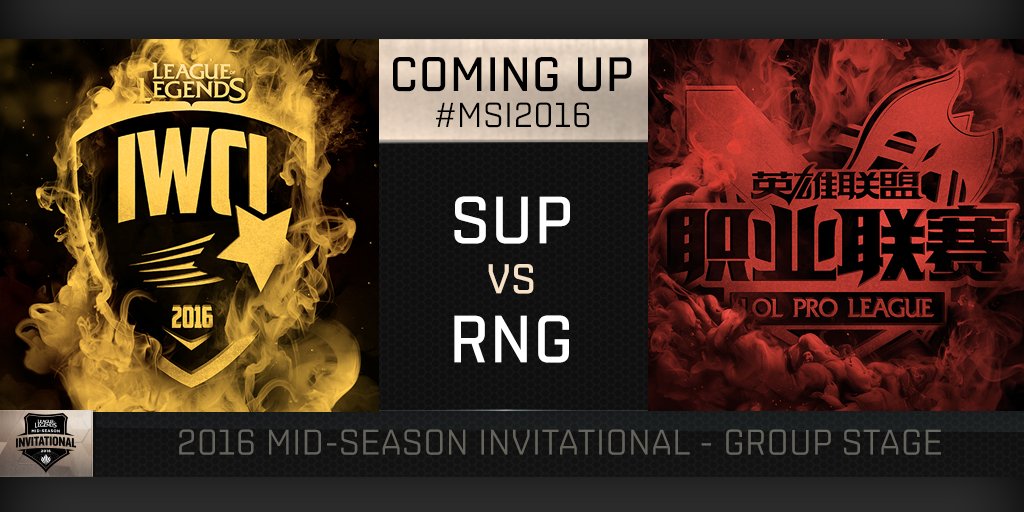 Dumbledoge picks up a double kill as Achuu goes down in the bot lane. FabFabulous is able to pick up a kill on Looper at the same time. The kills are now even and Royal only holds the advantage having received the first blood gold.

At 16 minutes in, Royal double SuperMassive in kills after an excellent teleport from Looper. SuperMassive is ahead in turrets 2 to 1.

A fight breaks out over baron. Royal take down four for two and then turn on baron, securing it. The death timers aren’t too punishing and all of Supermassive is back up.

Royal are able to take advantage of their double teleport, keeping their lanes pushing and a tight control on the map. With a hard push as baron runs off, Royal breaks open the base through mid lane and take down the inhibitor before withdrawing.

At 35 minutes, Royal have an utter choke hold on the game. 21 kills to SuperMassive’s 11 kills. Royal engage near baron and SuperMassive is aced. It’s a very decisive win from Royal Never Give Up!

Winner: Royal Never Give Up

It was an exciting and action packed day in Shanghai, China! After Day 1, there’s some unexpected results. With SKT and RNG being the only two undefeated teams but G2 and SUP being the only games 0-2… it’s been an eventful day full of surprises.

Make sure not to miss the action of Day 2!