The gap is closing between minor and major regions. 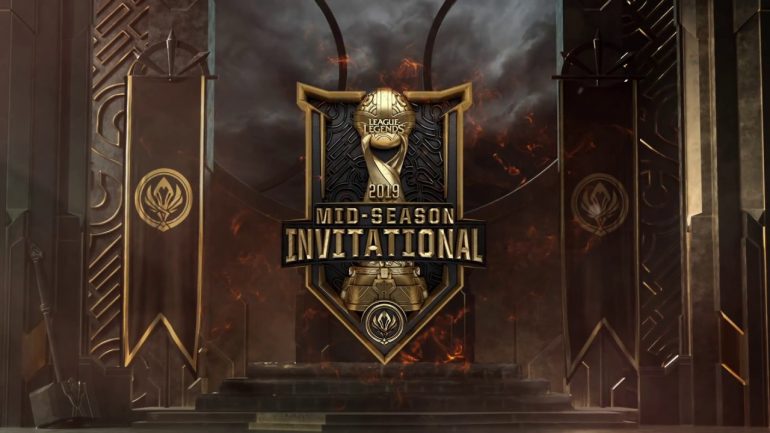 MSI is only a few days away. But before we see the big guns on stage in Taiwan, the minor regions get the chance to fight their way into a spot at the main event. While they don’t have the same accolades as their North American, European, or wider Asian counterparts, these teams are at the top of their game in their respective regions.

But some of these regions will be stronger than others. Here’s our breakdown of who to keep an eye on in the play-in stage at MSI 2019.

Hailing from Thailand, MEGA come as the representative from the SEA Tour. After a heavy rebuild in the offseason, taking elements of the Ascension Gaming roster and fusing it with a couple of Koreans, MEGA rolled through the Thailand Qualifier and LST without taking a loss.

Juckkirsts “Lloyd” Kongubon has dominated the competition in his return to the bot lane alongside Korean rookie Ha “PoP” Min-wook, while the rest of the map can hold their own with their international experience at past MSIs and Worlds.

But the reformatting of the region has arguably made SEA weaker, with less competitive games until the final playoffs. And even then, stronger regions like Thailand will always triumph. MEGA will rely on all of their past experience and whatever advantage they can get from scrimming before MSI to have a shot at making it past the rising talent present in Group B, but it’s unlikely that they’ll make it to the knockout stage.

Brazil’s INTZ e-Sports haven’t appeared at an international event since IEM Oakland in 2016. Once the powerhouse of Brazil, INTZ have been in a state of rebuilding since 2017. And with a little bit of luck, they’ve managed to make it to MSI after Beating Flamengo Esports 3-2 in the CBLOL final.

Support Ygor “RedBert” Freitas is the only player with international experience at Worlds 2017, but INTZ will look to prove their worth at MSI and show that they’re Brazil’s best team.

Their notable lack of experience on the international stage might be their downfall, though. Their explosive style of play might catch some teams by surprise, but at the same time, leave them extremely vulnerable to being exploited. Making it out of the play-in stage will be difficult, but a finish in the top half of Group B will be a win for INTZ.

After the merging of Latin America North and South in the offseason, the LLA has become one of the most competitive minor leagues in the world. While teams like Infinity Esports and Rainbow7 have been performing well, Isurus Gaming managed to turn heads after running through the playoffs from fourth place to qualify for MSI.

But in a meta that’s slowly shifting to explosive games with small skirmishes around the map, adapting to the fast tempos of other regions will make or break Isurus’ run at MSI. Their group is tough, but they’ve already had to slay some strong teams to make it here. So don’t expect them to back down from the fight.

DetonatioN FocusMe are making their very first MSI appearance in 2019, which is surprising for a team that’s long dominated Japanese League of Legends. While they’ve taken eight regular split titles in the LJL, they’ve always faltered in the playoffs when it matters. This year is a different story for DFM, though, qualifying for MSI after only losing one of 25 games in the LJL.

Franchise players Kyohei “Ceros” Yoshida and Yuta “Yutapon” Sugiura are the backbone of this Japanese squad known for their innovative style of play. After all, there aren’t many other pro mid laners across the world who can say their most played champion for a split is Heimerdinger.

DetonatioN FocusMe have a real chance of making it out of their group above Vega Squadron and INTZ, but it’ll come down to whether they’ll be able to dominate the competition like they do in Japan. Once the ball starts rolling for them, though, don’t expect it to stop.

The Bombers roster for MSI 2019 is Oceania’s best chance in history to make a deep run internationally. After completely rebuilding in the offseason, the Bombers turned the OPL upside down with a startling 19-2 regular split. And they backed that up with a 3-0 demolition of ORDER in the grand finals.

Choi “BalKhan” Hyun-jin has been a standout performer for the Bombers in his debut professional season. The Korean jungler scouted from solo queue has synergized well with Korean top Min “Mimic” Ju-seong, and the duo look to be arguably the most threatening top-side combo in the play-in stage.

A tough draw pitting them against Phong Vu Buffalo and 1907 Fenerbahce will really test the strength of the Bombers. But if any Oceanic team can pass the test, it’s this one.

Vega Squadron had an infamous rise up the LCL in 2019. After stalling out a game against Vaevictis Esports to create the largest gold lead in professional League of Legends history (34.5K), they then swept the all-female squad in the fastest competitive game just a few weeks later in 13 minutes.

Aside from their antics against Vaevictis, Vega Squadron made a name for themselves after taking down Gambit Gaming and Elements Pro Gaming on their way to MSI 2019. Their unique bot-lane drafts, including Morgana-Blitzcrank, Veigar-Galio, and on-hit Neeko, make them one of the most unpredictable teams at MSI.

Against the kind of teams in the play-in stage, Vega Squadron have a real possibility of cheesing their way to knockouts and even the main stage. They can play a conventional style of League, but expect the unexpected from Vega.

Vietnam’s Phong Vũ Buffalo have dominated the VCS for the last 12 months. They managed to take games off Flash Wolves and G2 Esports at Worlds in 2018—two teams in attendance at MSI 2019. They’re known for their flashy plays and that trademarked Vietnamese aggression on the Rift.

Star top laner Pham “Zeros” Minh Loc scooped up MVP honors for VCS 2019 Spring. The 18-year-old wiped the floor with the rest of the competition with his duelist top laners. Phong Vũ’s ability to play around their top lane might set them apart at MSI, since that seems to be a weak point for most play-in teams.

The clash between Phong Vũ and Fenerbahçe in groups will be quite a spectacle, and the winner of that match is bound to sit atop Group A.

Turkey has always been the shining light of minor regions at international events in League. While SuperMassive have been the ones leading the charge for Turkey over the last 12 months—even importing ex-SKT support Lee “Wolf” Jae-wan for a hopeful 2019 run—1907 Fenerbahce has shaken up the order with a mixed roster of young stars and old talent.

Thomas “Kirei” Yuen, previously of Dignitas, led Fenerbahce to a 16-2 regular season record before sweeping both Galatasaray and SuperMassive in the playoffs to make it to MSI. Kirei’s MVP split wasn’t the only highlight for the Turkish squad, with rookie mid laner Onur “Bolulu” Can Demirol standing his ground against Kim “Frozen” Tae-il and Kim “Nagne” Sang-moon.

While they’ve been drawn into the “group of death,” 1907 Fenerbahçe will more than likely be the meat grinder rolling through teams in the play-in stage and making it to groups.