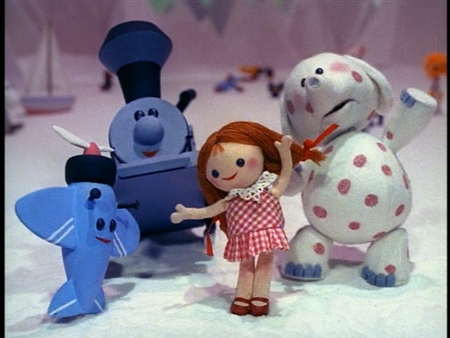 Team names in the challenger scene, or maybe just in all of esports, are often not very interesting. They are usually generic, bland, and follow a similar format: Something Gaming, Adjective Esports, Team Whatever. My own team (Team 8) has a name so meaningless that I’ve been trying to start a gag that when someone asks where our name comes from, we make up a new ridiculous story every time.

So it’s always a pleasant surprise when a team with a more thoughtful, meaningful name comes around. It’s an even bigger surprise when such a team also turns out to be highly skilled and an instant contender in their scene. Origen, whose name is quite obviously the Spanish word for “origin”, is one such team. Former Fnatic midlaner xPeke founded the team at the end of season 4, fulfilling his dream of creating and leading his own team. He recruited a combination of veterans and new players, including former teammate Soaz and and ex-TSM jungler Amazing. The team’s theme, that of origin, represented how these players went back to the beginning, to the humbling challenger scene, and from there sought to build a great new dynasty. There were high expectations for such a star-studded team, but that didn’t seem to phase them as they won their first challenger series and [re]qualified for LCS via autopromotion.

As such, many parallels can be drawn between Origen and the upstart North American Challenger team, Misfits, mainly that their name makes sense and that they are hitting the ground running in challenger. Each player is a Misfit in their own way, and the team represents this collection of individuals, doubted by others but confident in themselves. The Misfits are hungry to prove their doubters wrong at any cost. Please excuse the silly images that follow, as I profile each player and describe what makes each of them a Misfit.

RF has played league since the beta. He’s been highly ranked for a long time, but is perhaps better known as a streamer, and a streamer who has had his fair share of personal trouble which comes with being a young person thrown into a spotlight. He seems to have put that behind him, as he broke into the top 10 of NA solo queue this season and maintains two accounts in high challenger.

Competitively, eSportspedia says RF has been on a number of minor teams since 2013. I remember him most on No Dice Gaming, where he was coached by Misfits’ current coach, David “Hermes” Tu, and Dank Dang Gaming, which is in my mind the funniest challenger team name ever. These teams never got anywhere, but RF’s past isn’t very relevant to RF’s present; all that matters now is that he’s an important part of a strong team which is only getting better.

At the beginning of 2015, things were looking up for Dignitas’ jungler Crumbz, at least from the outside. The team brought in two OGN-experienced Korean players, and Crumbz was anointed captain of a new era of Dignitas. Things went downhill pretty fast, as Crumbz found himself tasked with daily management of the team as well as trying to lead a team that spoke two different languages. Early in the season, both Crumbz and Dignitas seemed ready to separate, and after week 2, he stepped down, citing the burgeoning responsibilities placed on him and fundamental differences with his teammates.

So Crumbz began his search for a new team. He made video content for the community to grow his brand in the meantime. He was linked to several teams, but it was rumored that his choices were restricted by a huge buyout fee. Rumblings of an “Alex Ich+Crumbz team” started circulating, and indeed that is what the team called themselves while the roster was not yet finalized. Given that Crumbz, now renamed Alberto, said he would prefer to play on a team that shared his approach the game, he must have found his match with the other Misfits.

After leaving Ninjas in Pajamas last year, Alex was at a crossroads in his career. He joined the Russian team Rox, but soon left. He joined NA challenger team BrawL, but they failed to make NACS before he even arrived to play with them. He streamed regularly from his new home in California, but his competitive future was unclear as he drifted from team to team.

It’s hard not to paint Alex Ich as the protagonist of the Misfits’ story. He’s the center of action being in midlane, and is the fallen hero on his journey back to greatness. His past feats are so great, it would be a waste of time to describe them in this article. But not so long ago, people were ready to forget about Alex Ich; commenters called him “washed up”  and a “shell of his former self”. On the rumor of his new team, one redditor stated “that team isn’t going to make it far,” and at least 533 people agreed with him/her.

So when Alex joined his latest team, Misfits, he wasn’t hyped up much, besides by his own fanbase, but he seemed determined to excel regardless. He and his new team have taken the third-party AlphaDraft Challenger League by storm, and are currently undefeated with a 10-0 record. Alex has been the brightest star in almost every win, outclassing every other mid in the league. To add to his legend, he also recently subbed for Team Dragon Knights in their successful bid to qualify for the LCS over Winterfox. With Alex looking in form again, rumors have circulated that he’d move to an LCS team, especially C9, CLG, or TDK, but in a recent interview he confirmed that he’d stay a Misfit, saying “it shouldn’t be a problem” for them to make LCS at their current rate. Led by a legend with renewed confidence, it’s difficult to see who could stop them.

Intense is likely the least known player on this roster, and the newest one to the competitive scene, but in that time he still had trouble finding a team that was the right fit for him. One of his first teams was the COGnitive roster which housed a lot of rising stars in NA Challenger: BrandonFtw, Xerbek, Hard, Big Ol Ron, Grigne, Trance, and Intense himself all came from this incarnation of the team. After they went their separate ways, Intense moved to Cloud 9 Tempest to replace another talented ADC, Stixxay–except he was replacing him at support. Like Stixxay and KEITHMCBRIEF before him, it quickly became apparent to Intense that his talent at ADC was wasted by pretending he could play Thresh. He was teamless again, but not for long, as he won the starting spot on the promising Misfits roster. In his new support Remilia, Intense has found a similarly aggressive-minded partner, tempered by the veteran direction of teammates Alberto and Alex. In Misfits, he has found his best opportunity yet to realize his true potential as an AD Carry.

Remilia is the latest name in a long string of Touhou-inspired IDs for the Thresh expert, but she’s trying to put the other ones in the past. No beating around the bush–Remilia has had to deal with more shit from the community than almost anyone else, for reasons that aren’t worth explaining in this article. Suffice it to say, she’s justifiably angry at the world and the community which she must begrudgingly participate in, and is hellbent to be the best anyway.

In spite of all this, she’s still one of the best Thresh specialists in NA, and has continuously improved her play since her days on Curse Academy. Early in her career, her reliance on Thresh was a weakness, but she continued to improve not only her champion pool but her out-of-lane support play while with the original Team Dragon Knights and Roar. Though the latter team bombed out in quite a spectacular fashion, out of the ashes came a new Remilia (her newest name), who has turned into one of the most complete supports outside NA LCS. Together with Intense, they form a super-aggressive, super dangerous botlane with only one direction: into the LCS.

Misfits seems justifiably confident in their ability to make NACS and then LCS in this upcoming split, but the road ahead isn’t quite as simple as they make it sound. They have to go through the always-volatile NACS qualifiers after ranked 5s qualification, where they could easily meet a strong opponent in Cloud 9 Tempest or Frank Fang Gaming. If they qualify, they will then have to watch out for revamped lineups from CLG Black, Fusion, Final5/Coast, and now Winterfox. But if there’s one thing to know about Misfits, it’s that they’ve been doubted one too many times, and have the skill and teamplay to back up their mission to prove everyone wrong and make the LCS.