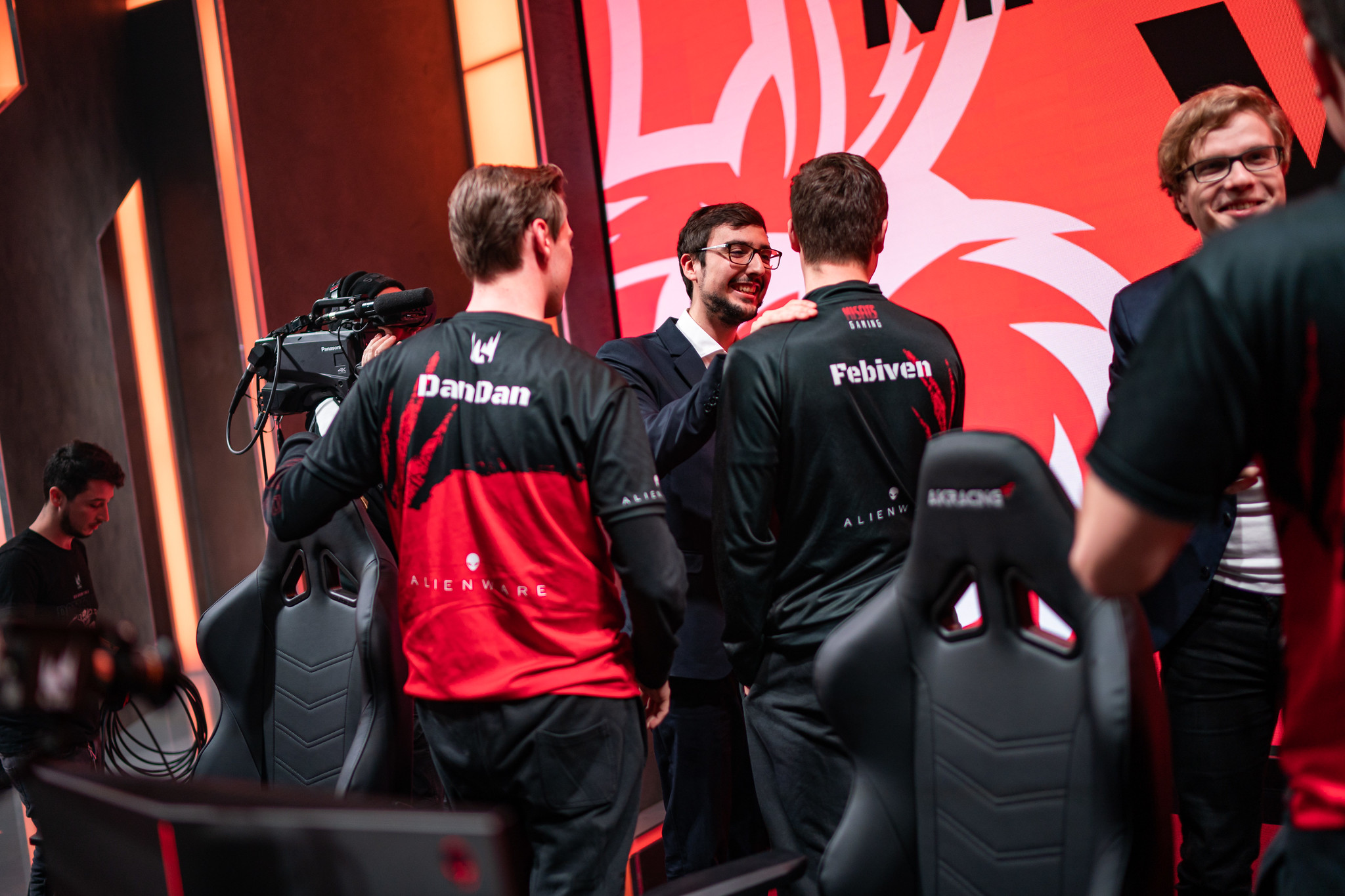 After yesterday’s win over Origen, Misfits Gaming’s head coach Alejandro “Jandro” Fernández-Valdés shared his thoughts on the direction the League of Legends team is taking this split.

“We wanted to work more on a mindset towards the long-term, towards Worlds, and towards the end of the season,” Jandro said. “It’s a matter of focusing more on our practices and on the processes of building the team we want to be, and less on the results.”

With Kobbe’s return to the LEC and Doss’ promotion to the starting roster, Misfits were one of the LEC teams with the highest expectations heading into this split. Although they lost their first game against Fnatic, they gave them a run for their money and proved they were a strong contender. It was a 50/50 Baron fight that finally sealed Misfits’ fate and gave them their first loss of the split.

Misfits came back on day two and lost against Rogue, severely underperforming and spreading doubt about the team’s strengths.

But day three of the first LEC Super Week was their moment of redemption. They demolished Origen in just over 30 minutes. Ahead of the game, Misfits’ strategic coach Maurice “Amazing” Stückenshneider told LEC caster Trevor “Quickshot” Henry that “the level [Misfits] showed against Fnatic is a much clearer indication of this team’s strengths.” Their dominant performance against Origen definitely proved him right.

Head coach Jandro also discussed Misfits’ decision to start support player Doss on the LEC roster, claiming that he earned his spot fair and square after playing through the tryouts at the beginning of the split.

“He was in very good shape,” Jandro said. “And he had a natural synergy with Kobbe, which is something we are looking to empower.”

Doss was promoted from the Academy team to play on the starting LEC roster shortly after Misfits signed Kobbe. Since then, he’s played in Misfits’ first three games of the 2020 LEC Summer Split.

“[Doss] is the long-term goal in terms of talented players,” Jandro said. “We are looking forward to seeing him evolve, and think he could evolve into one of the best supports.”

The LEC will be back on Friday, June 19 for week two of the 2020 LEC Summer Split. Misfits will take on SK Gaming at 1pm CT.