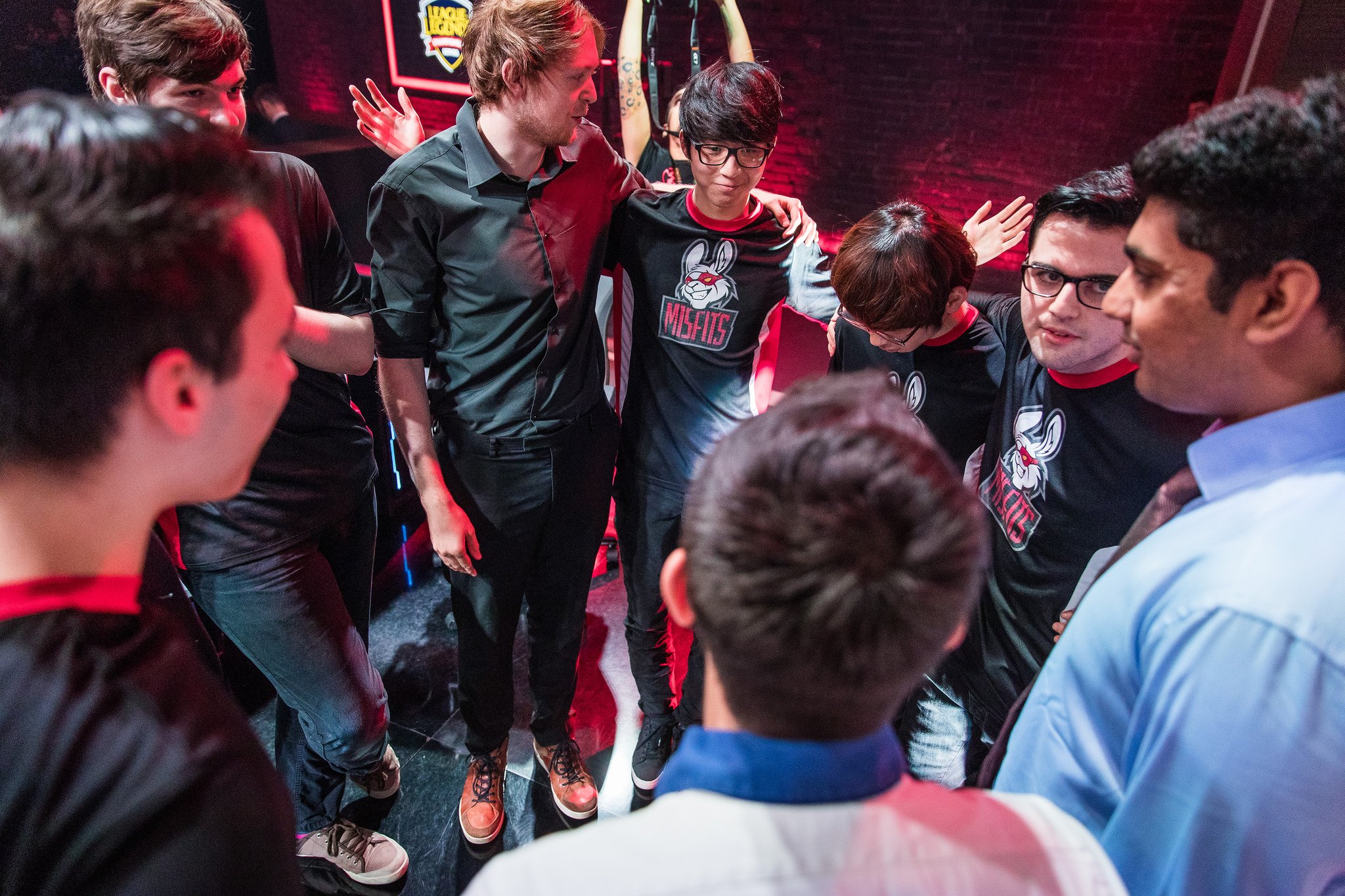 Misfits’ defeat of Unicorns of Love last weekend was a shock.

Sure, they had pulled off an upset in the quarterfinals last split. But that was a messy series that required a reverse sweep. And in the next series, they promptly lost to UOL. UOL has had their issues this summer, but many expected them to challenge Fnatic and G2 for the European title. Instead, they’re gone having not even one a single playoff game.

What wasn’t a shock? How Msfits did it. All year long, they’ve relied on their duo lane of ADC Steven “Hans sama” Liv and Lee “IgNar” Dong-geun to create pressure. Combined with great laning from Tristan “PowerOfEvil” Schrage and it was a nightmare setup for UOL, who are bad in lane and rely on later fights.

Misfits hit on nearly all of their win conditions against UOL last weekend and then some. Hans Sama had a constant push going despite playing a scaling ADC in Tristana the whole series. And PowerOfEvil severely punished UOL mid laner Fabian “Exileh” Schubert’s champion pool and lane phase. By the time UOL got some mid game fights, they were so far behind that no amount of execution could save them.

The problem for Misfits? That’s not going to work against Fnatic.

A bad matchup—for Misfits this time

Fnatic are perhaps the team best designed to neuter Misfits’ strategy. Playing through the bot lane goes right into Fnatic’s strength, as ADC Martin “Rekkles” Larsson is the best ADC in the region. Not only is he a Tristana expert, but he’s also had great results on meta lane bullies like Varus and Ashe.

Those may not be Rekkles’ preferred champions, but he can execute on them at a higher level than UOL ADC Samuel “Samux” Fernandez Fort. It’s going to be tough for Hans Sams to get the same amount of pressure.

It will be interesting to see if Misfits trust Hans Sama to lane alone in order to let IgNar pull of his trademark roams. IgNar was able to do that against UOL because Hans Sama was so ahead in lane, but doing the same against Rekkles will be challenging.

What about mid lane?

The other problem is that POE is not going to be able to punish Fnatic mid Rasmus “Caps” Winther in the same way he did Exileh. Caps is proficient on waveclear mages like Orianna and Taliyah that Exileh is, at this point, scared to play. And while Caps’ placement in the All-EU LCS Second Team might be a bit optimistic, his proficiency on high-damage champions like Corki and Syndra should also give Misfits pause.

To overcome this bad matchup, Misfits will need more from jungler Nubar “Maxlore” Sarafian. Maxlore did a great job invading around pressure to control UOL jungler Andrei “Xerxe” Dragomir. He got into Xerxe’s jungle on the first clear in all three games last weekend. Increased communication between the jungler and the team was a key part of why Misfits picked up Maxlore between splits, and it paid off last series.

But if POE and the rest of the team aren’t able to set pushing lanes for those invades, Maxlore is going to have to get creative with his pathing to try and beat Mads “Broxah” Brock-Pedersen to the spot. Broxah has spent all split playing around pushing lanes. But that can also make Fnatic vulnerable to others camping mid.

Creativity is something the entire team will need more of. On paper, their side lanes are weaker. That puts a lot of pressure on PowerOfEvil, IgNar, and Maxlore to combine for mid pressure. Misfits do a good job setting up vision around the mid lane. But against Fnatic, they’ll be against the clock to make something happen before Fnatic’s side lanes just take over.

Last weekend’s win was a shocking upset for Misfits. But a win against Fnatic would be truly miraculous.