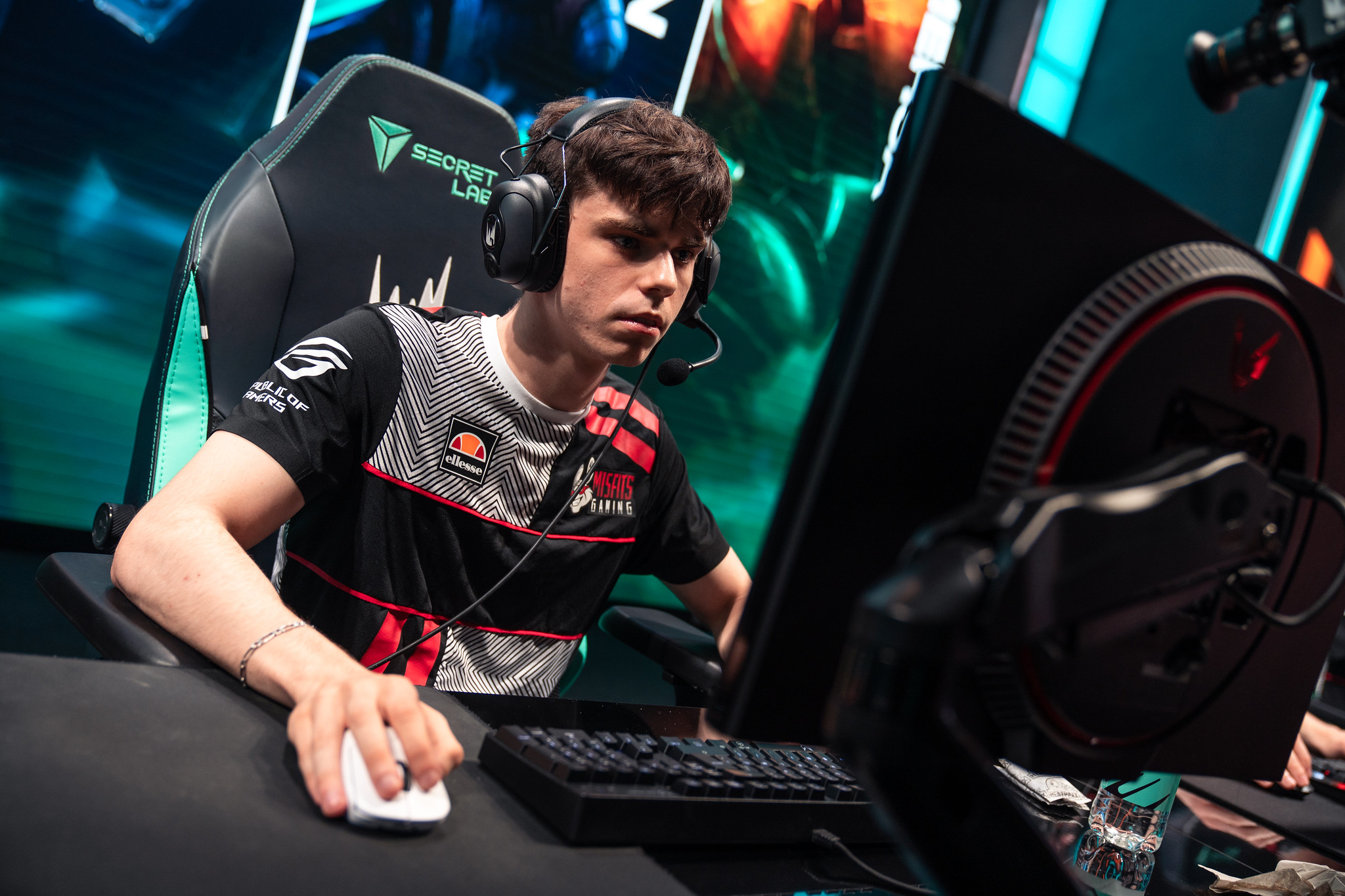 With three-straight wins under their belt, Misfits are on their way up the standings in the 2022 LEC Summer Split.

Misfits have shocked fans and players by taking down MAD Lions, the former LEC champions. While MAD spent most of the game holding tight to a kill lead, the Misfits saw the larger picture and ultimately took advantage of the strong ultimates and objective lead in the late game.

MAD had cemented a solid early lead by funneling gold directly into their mid laner, Nisqy. Since returning to the LEC, Nisqy has been a formidable opponent for the region’s top teams, leading MAD to victory over the likes of Team Vitality and Fnatic. As Lissandra, Nisqy traversed the terrains easily, freezing opponents in his track and baiting out abilities that would otherwise be detrimental to his team.

Yet while MAD racked up gold through kills, Misfits were slowly gaining hold of objectives. As the drakes spawned, Misfits prioritized them as their potential win condition, eventually leading to an Infernal Soul that greatly increased their ability to do damage.

Each time that MAD sought to engage with their opponents, whether through Armut or Nisqy, Mersa was there to answer with a Hostile Takeover from his Renata Glasc. Time after time, this ultimate ability hit four or five members of MAD, catching them out in tight corridors around the drake and Baron pits and forcing the former LEC champions to attack one another.

While Elyoya successfully stole the Elder Drake from the clutches of Misfits as the only player on his team left standing, he was quickly taken down before he could pull off any Viego resets. Misfits then took their time to end with one final Baron call, baiting out an engage from Nisqy and tossing the team into the air with an Ornn ultimate, winning the game.

Misfits emerge from a flawless week three of the 2022 LEC Summer Split following this victory against MAD. They are now tied with Astralis in seventh place in the standings, with five more weeks to prove themselves against the rest of the European competition. To begin the climb, they’ll have to get past Fnatic to start week four, which will start on July 15.