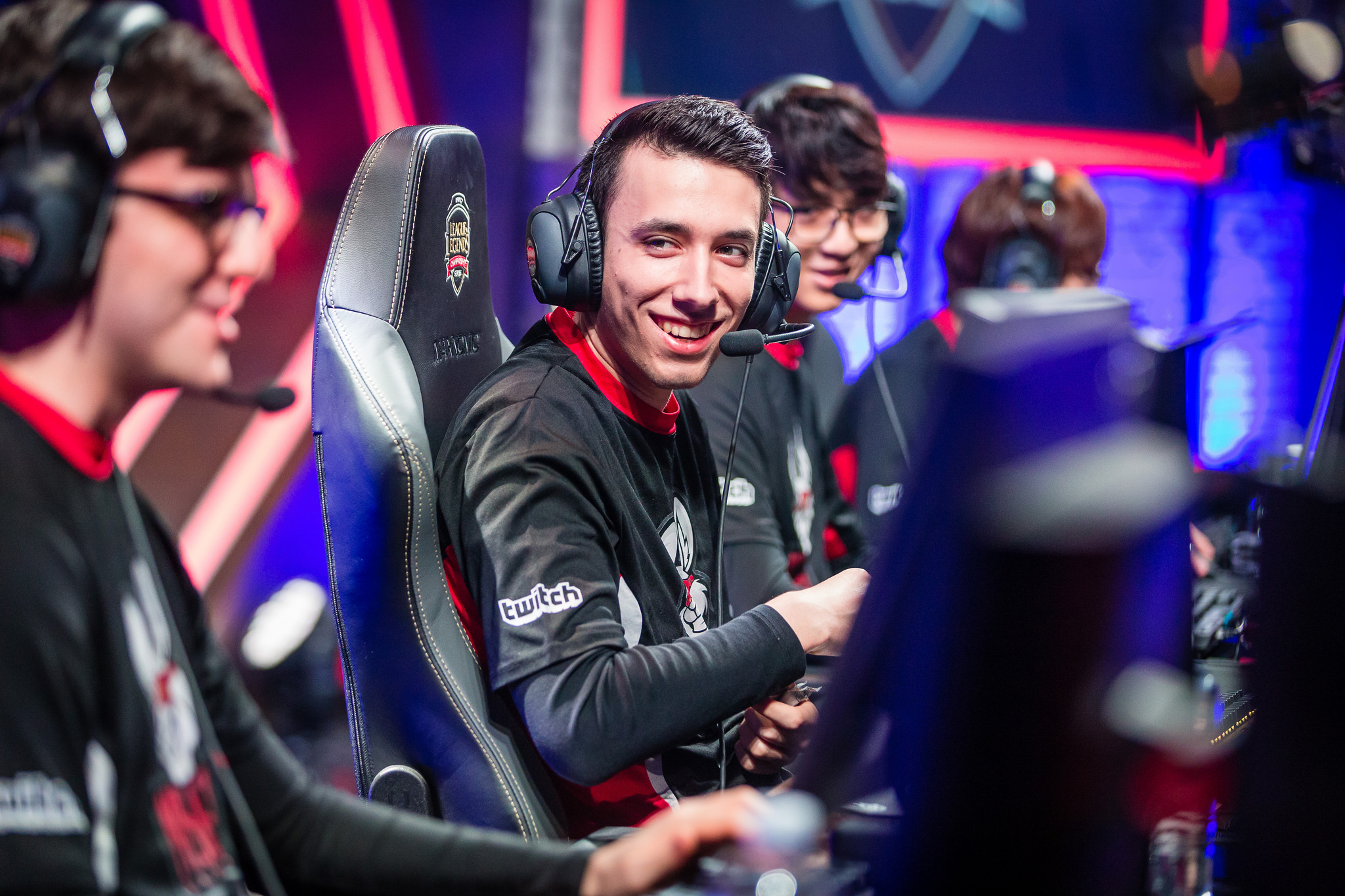 Since rebranding from Gamers2 to G2 Esports at the beginning of last year, the team has dominated the EU LCS.

They went a year without losing. They’ve won three straight domestic titles, and those series haven’t been especially close. Europe has sent new challengers to that final each time, and all three times, G2 has proven to be the best.

Even a loss to Fnatic last week wasn’t cause for concern. Fnatic were playing like the best team in the group, but their play style has been very defined and rigid. G2 overcame it the spring playoffs once they adapted. It looked like G2 was still searching for a challenger.

Well, consider that challenger found. Misfits just took G2 down to really throw a kink into Group A. Misfits have struggled since making the playoffs last split, with many fans pointing to their switch at the jungle position as a reason why. After all, the team was looking better and better with jungler Lee “KaKAO” Byung-kwon, before he fell on his face in their playoff loss to the Unicorns of Love.

New jungler Nubar “Maxlore” Sarafian has good pedigree, but had yet to fully make his impact on the game. There is no question after the match today. He completely dominated G2 jungler Kim “Trick” Gang-yun in Misfits’ victory. After winning two straight European MVPs last year, Trick has been more inconsistent, and he received a lot of criticism for his champion pool and decision making at last month’s MSI.

Maxlore started things fast in this series by getting ahead on Lee Sin, one of the best early game junglers.

He spread his influence around the map, helping Misfits win all three lanes and avoid bad confrontations with G2. There were fun fights along the way, but Misfits ended with a patient, controlled style that bodes well for their chances against other top teams.

G2 came back with a vengeance in game two, with Trick getting started via a successful gank in the top lane.

G2 had the resources with which to fight, and won very quickly. It was the type of win that can be demoralizing for the loser, especially considering how well they played in the first game. You just can’t let opportunities slip through against a dominant team like G2.

If Misfits were feeling nervous, it didn’t show as Maxlore came out like gangbusters again. G2 started a crazy engage in the bot lane with the disgusting Kalista/Rakan combination. But Misfits walked out of the initial trade and both teams called in the cavalry. Both junglers arrived at the same time, but Maxlore used Lee Sin’s superior mobility to pick up First Blood.

From there, it was a straight romp. Misfits handed G2 the largest 25 minute gold deficit their organization has ever faced in LCS play. G2 was simply never in this fight.

With Fnatic’s surprising loss to ROCCAT yesterday, Group A has now been thrown in total turmoil. Cross-group play starts next week, but fans must be antsy to see the revenge matches between Group A teams.