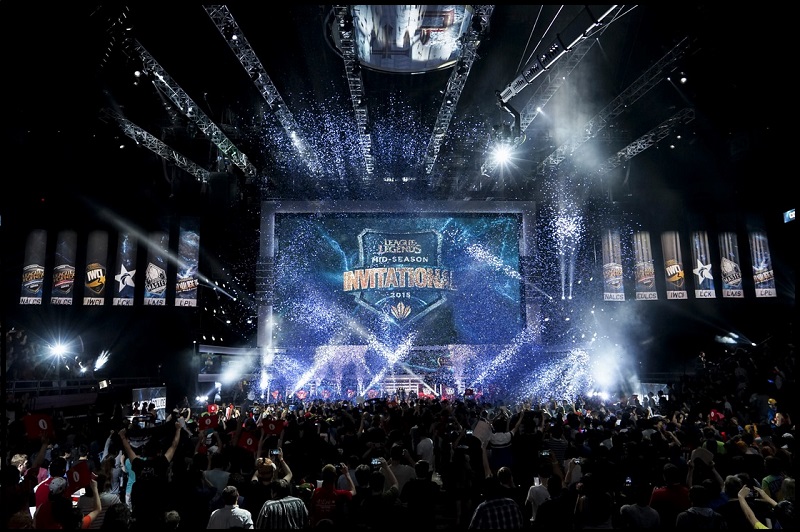 This article is the conclusion to a three part series written with the aim of reviewing the Mid-Season Invitational. You can find part one here, and part two here.

An epic story. Six teams, the best of their respective regions, come together to do battle in a miniature Worlds-style event, in the middle of the season.

We saw incredible scenarios unfold, and the storylines were fantastic – the play was not. In the back of somebody’s mind in a faraway place there may be a philosophical question posed such as, “in this industry, at this point in time, what makes a great tournament? The play or the stories we get to see unfold during it.”

For this to be taken seriously as a sport, of course storylines must be appreciated and can be enjoyed, however the ultimate goal is to play better than the other teams and win the tournament. To show that your play is one of the best in the world — that is everything in a competition like this.

But that didn’t happen. There were mechanical misplays, an abundance of strategic errors, poorly executed drafts and the play was scrappy, with no team (aside from perhaps Fnatic) playing up to their standard. So, rather than rant about the downsides of the Mid-Season Invitational (MSI), this article is going to examine the form of each team that competed leading into their respective regions, and the effect that MSI had on them. Put another way, we are going to examine the ‘aftermath’ of MSI for each team.

China has done it — they’ve brought down SK Telecom T1. This tournament was a bit of a conundrum for EDG, as historically they’ve been a very solid objective based team, breaking away from the traditional Chinese stereotype of teams looking for scrappy fights and constantly skirmishing over the map, utilising their superior mechanics to win games.

However, that’s not what happened here. EDG’s entire tournament looked scrappy at best, while sparks of their usual objective control showed a deeper understanding of the game, it was not how their games were played. Intentionally or not, they showed that it works, and they’ve proven that they have the ability to play the game at different paces.

Leading into LPL they’ll be on a high, having won the tournament and proven that they have a chance of becoming the first Chinese world champions. A motivated EDG is a dangerous one, and hopefully they should continue to improve — the way is forward for the Chinese and MSI champions.

This was a disappointing performance from SKT, who played well aside from some poor strategic decisions and questionable drafts. Surely, part of this had to do with a lack of preparation due to the LCK finals being so close to the start of MSI, in addition with extended travel time from Korea to Florida. That considered, it’s hard to say that SKT is no longer the best team in the world, as neither of the two finalists played particularly well. In addition, they still look to be the strongest team in Korea.

This team is hungry for success, and they won’t take losing an international tournament lightly. Expect SKT to burst into the LCK firing on all cylinders as they look to reaffirm their position as the strongest team in the world.

The almost-but-not-quite Cinderella story of MSI. Amidst a tournament of poor play, Fnatic played their hearts out and played some incredible games, proving they could match powerhouse teams.

With an upgrade to their marksman position, it’s hard to imagine anyone else being favourite to win the EU LCS over Fnatic. This team should be riding on a wave of positivity from their performance at MSI, coupled with the knowledge that they came so close to playing in a final of an international tournament (the first for many on this young team) — they should be enthusiastic, especially with the prospect of the World Championship looming on the horizon.

Taiwan is not a wildcard region. This is the long and short of what we learned from MSI in regards to AHQ.  This team has a mechanically impressive roster, and are capable of taking games off of big teams. Indeed, it is entirely possible that at the time of AHQ coming to MSI, they were not even the strongest team in Taiwan. yoe Flash Wolves and Taipei Assassins both had impressive showings throughout the split, only to choke in the playoffs.

AHQ does have this experience at MSI in their corner, though. Theoretically, playing against such strong teams would have aided in raising the overall performance of the team, potentially making the coming split in LMS easier, as the competition in Taiwan is fierce.

While there is no guarantee that we could see AHQ at the World Championship, they’ve proven that they can handle playing with the big boys.

Well, we already knew all of TSM’s flaws before they went to MSI. Now, it would seem in the midst of a slaughter, the knowledge that the rest of the world also knows them was realised — they cannot get away with isolating their players and freezing when things don’t go ‘according to plan’. The way they play while ahead is beautiful — one of the most enjoyable teams to watch in the west. Unfortunately, their early game strategy and drafting was absolutely horrendous at MSI.

However, that doesn’t mean the end of TSM by any means. They are still a strong team, and with their good support staff there is no reason to believe they won’t address these issues and improve. It must be considered that with these issues, they still won their domestic league relatively easily. One bad showing at an international tournament is not enough to write off the team as bad, indeed this performance at MSI is likely a good thing, provided they can find the solution to the issues that have plagued them for some time.

If TSM have the right mindset going in to NA LCS, they are entirely capable of winning the league, fuelled by the motivation and drive to improve following a heartbreaking MSI.

From what we’ve seen, you wouldn’t think it but BJK actually seem to be in a very good place heading back to the TLC. Already the best team in their league, they’ve played against the best teams in the world with the correct attitude — they wanted to learn. This team arguably suffered the least from MSI, and gained a huge amount of experience and knowledge from their encounter with the elite teams.

Expect to see BJK back in the next International Wild Card Invitational.

Mitchell “Zeju” Smith is an analyst and writer from OCE. He apologises for the delay between his previous MSI article and his final one, but he passed out during the SKT vs. FNC series and only just woke back up in a fit of rage.