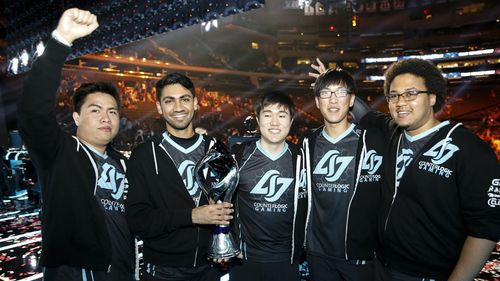 After a season of struggling against the top teams, CLG won the NA LCS play-offs in dominant fashion. Going 6-0 and not dropping a game, even to defending champions Team SoloMid, CLG’s great play-off run clearly put them ahead of an NA LCS which hadn’t seen a true leader save for a brief run of strong form by Team Gravity. The most amazing thing about CLG’s run to the top wasn’t just that they bucked years of historical trends, but they did so in a manner that saw major improvement from all 5 of their team’s players. The much-maligned Xmithie put up huge performances on Gragas and Ekko, even going legendary in Game 3. Pobelter, who struggled to contain LCS rookie Gate in their series against TiP, went toe-to-toe with Bjergsen and even made a spectacular 1v1 outplay on Viktor to solo-kill him. The rest of CLG managed to throw off their historical failures to win the North American Regionals. Doublelift, frequently criticized for his overaggressive positioning, kited perfectly on immobile champions like Ashe and Jinx. aphromoo had developed a reputation for hiding on passive picks such as Janna during the play-offs, but he repeatedly scored picks on roaming opponents like TiP’s Adrian or TSM’s combo of Bjergsen and Lustboy en route to CLG’s 3-0 wins. Finally, ZionSpartan kept his old split-pushing style while shoring up his mediocre engages with great plays on Yasuo and Gnar.

Such significant improvements from all players is a testament to not just the strong work ethic of CLG’s players but also their coaching staff. While their opponents TSM debuted new strategies such as an Olaf comp to counter GV’s over-reliance on Altec or a Yasuo-Nautilus comp to try and land guaranteed engages onto CLG in spite of their skilled kiting, CLG focused on improving themselves. Because they understood themselves better than any other NA LCS team, CLG was able to emphasize their strong points and hide their weaknesses en route to an undefeated play-off victory.

LCLG won the finals because they understood their weaknesses better than any other team and worked on fixing them. Throughout the season, CLG had struggled with two main problems – their extremely weak engages and Pobelter and Xmithie’s mediocre early game, especially against strong jungle-mid duos. Both players were once well-known for their strong mechanical play, but suffered from inconsistency and poor decision making on both ganks and roams. As a result, CLG famously continued their struggles against TL (1-2 this season) and TSM (0-2 in the regular season), two teams known for having strong early game mid-jungle duos.

To address these issues, CLG came into the play-offs with picks specifically prepared to combat their weaknesses. Xmithie’s newfound strong play on Ekko killed two birds with one stone. Not only did the emergency of Ekko give him a new top-tier pick if his Gragas got banned, but Ekko is also a champion that excels at ganking the mid lane due to the width of his Parallel Convergence. Showing even one additional champion from Xmithie (he only played Gragas and Ekko in the entire play-offs, its unknown if he had other picks prepared) stressed team’s pick/ban procedures to a breaking point. Kalista and Tristana (TSM banned Ashe instead due to scrim results until Game 3) are already considered key bans against Doublelift, so teams could previously spend their last ban on Gragas. Pobelter’s use of Viktor was also critical. Analysts have long mocked the NA LCS for ignoring Viktor, but Viktor had a terrible win rate in the regular season (below 30%) By becoming one of the few NA players to play a competent Viktor, Pobelter was able to shine against even Bjergsen.

Meanwhile, CLG’s Ashe and Yasuo picks facilitated their engages, which has always been this lineup’s main weakness, even when they had Link instead of Pobelter. Although CLG struggled to follow up on aphromoo’s plays all season, Zion’s Yasuo was able to easily follow up with his ultimate. At the same time, Doublelift is one of CLG’s few players with a strong understanding of when to engage. Many of CLG’s best wins came with Doublelift on Sivir, and Ashe gave him another great champion to force fights on. Aphromoo also adopted well onto his role as CLG’s primary engager. While he has frequently been criticized for “hiding” on passive champions such as Janna or Lulu during the play-offs, he played extremely aggressively in all 6 games on champions like Thresh and Alistar. His only Janna game came in G2 against TSM, when he used it to counter their hard engage composition. Focusing on the champions also disregards the improvement of CLG’s players. All season long, CLG used a strategy I jokingly named the “sacrificial lamb” where they would let Pobelter get caught on purpose to try and force a 4v5. While CLG’s play-off run still saw some mishaps, the newly crowned NA LCS champion were a much more disciplined team than we saw in the regular season.

Playing to their strengths

In the meantime, these picks kept CLG’s best strengths intact. CLG excelled all season long at split-pushing and, of course, rotations. At heart, CLG is a PVE team. They are great at killing towers and finding objectives. Even when they do kill champions, it is often off of catching opponents out in transition as they try to catch up to CLG’s rotations. CLG’s weak teamfighting has been the subject of jokes even back when they had Seraph on their roster, but near the end of the split, something changed. I’ve long referred to NA’s hypercarry by default meta – due to the region’s poor understanding of Teleport flanks and engages in general, a single great teamfighting player can singlehandedly carry teamfights even though that is no longer possible in any other region. Because of this, I thought that the winner of TSM/GV would be play-off favorites, because Bjergsen and Altec were able to play a hypercarry by default playstyle. Near the end of the split and especially during the play-offs, Doublelift proved that he was also worthy of this title. His play on hypercarry champions, even immobile ones like Ashe or Jinx, was fantastic throughout the play-offs and gave CLG another key strength to work around – kiting backwards in fights. It only further helped matters that CLG became very good as the season went on at spacing around Double and creating space for him.

Kiting is a skill that naturally synergizes with sieging and split-pushing. If a team can repeatedly siege their opponents or threaten multiple tower takes with split-pushing, teams will be forced to engage onto CLG. CLG’s own engages might be weak, but because they are so good at kiting (Zion and Xmithie are also very good at turning around teamfights, just not starting them) they can almost always win fights when they bait their opponents into engaging first. This worked particularly well against TSM’s Yasuo comps. The Nautilus-Yasuo comp should theoretically be able to lock-down Doublelift, but because Double did a great job of saving his Flash and entering teamfights after Summoners were burnt down, he was able to carry the game anyways. (Dyrus’s ult onto Xmithie, who was standing on top of Doublelift, in a critical teamfight in Game 2 didn’t really help.)

All of CLG’s wins fell into the same formula. CLG would begin by getting their side laens ahead off of crisp rotations. Aphromoo and Doublelift would roam between lanes and look to pick people off as they tried to rotate to shoved minions. CLG would keep rotating and split-pushing until all of the outer towers and some of the inner ones went down. Afterwards, they would group to siege towers, usually abusing poke from Pobelter’s mage mid laners. When teams finally engaged onto them, CLG would kite out, kill them, and then move onto the Baron. The Baron complimented these strategies by facilitating sieges. A lot of analysts criticized CLG’s overaggressive Baron baiting in both the TiP and TSM series, but it’s important to note that CLG ended the season with an over 93% win rate whenever they got the first Baron. In addition, if teams forced an engage onto them while they were taking the Baron, this would play into their hands as they could simply rely on their strong kiting skills.

CLG hid their weaknesses and won due to their main strengths. CLG improved in a team effort as all 5 of their players improved their champion pools and playstyles to best fit the team’s system. CLG’s championship run was about identity and self-awareness. Few predicted CLG would win the NA LCS, but these characteristics helped them rise above a flawed field.