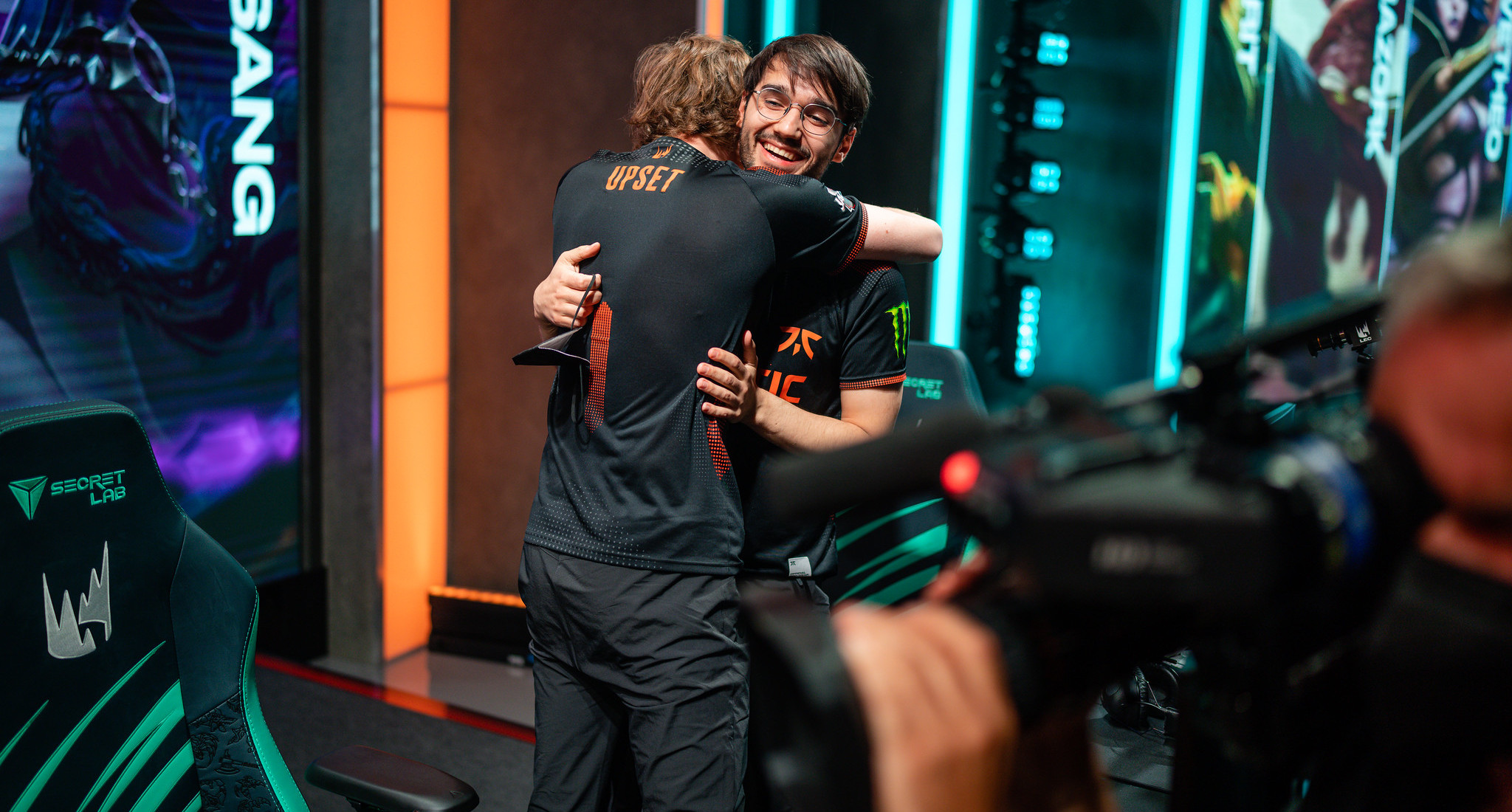 MAD Lions’ hopes for the playoffs are almost eliminated. The reigning LEC Champions lost their 10th game of the season in their matchup against Fnatic today, making their appearance in the 2022 LEC Spring Split Playoffs nearly impossible.

This match had many implications towards MAD Lions’ hopes of a playoff berth in 2022. They entered today’s match with a 5-9 record, a five-game losing streak, and seventh place in the leaderboards. Today’s match against Fnatic was a must-win if they wanted hopes of making a real run into the playoff picture.

The match began with a battle for map control and tempo as both teams took a passive early game. There was barely any action until the 10-minute mark, when the MAD Lions got first blood onto Fnatic top laner Wunder and grabbed the Rift Herald. Fnatic used this loss as an opportunity to grab priority over the bottom half of the map and got the first two dragons. At the 20-minute mark, however, the game was nearly even: MAD Lions held a slight 500 gold lead, while Fnatic had control over the dragon game.

At the 22-minute mark, MAD Lions found two crucial kills onto Wunder and Fnatic support Hylissang to grab their second Infernal of the game and prevent a soul pickup from Fnatic. Fnatic, however, quickly overturned the situation by capitalizing on a failed engagement from Elyoya’s Hecarim. The move led to three MAD Lions members being killed, and Fnatic grabbed the Baron and the first real advantage of the game. They prioritized their push in the top and mid lanes, taking their fourth tower before they recalled back and got vision control around the Infernal Dragon set to spawn shortly.

MAD Lions picked off Wunder, but Fnatic’s Baron-empowered minions continued to break closer and closer to MAD’s base. Fnatic increased their gold lead to 4k gold.

At 30 minutes, MAD Lions attempted to claw their way back into the game one final time, but Hylissang’s mastery of Pyke was too much for the reigning LEC Champions to handle. Their entire team was killed, and Fnatic ended the game shortly after.

MAD Lions’ 10th loss of the LEC 2022 Spring Split makes it virtually impossible for the reigning LEC Champions to qualify for the Spring Split Playoffs. Now at a 5-10 record, MAD Lions would need to win every game from here on out, while either EXCEL or Vitality would need to lose every game to force a tiebreaker.

With their hopes for playoffs dwindling and on a six-game losing streak, MAD Lions will need to start a late-season resurgence against Team Vitality or their split is over.

As for Fnatic, this win has nearly locked their spot in the top four of the LEC 2022 Spring standings at a 11-4 record on the season. With just three games left, they will look to close out their regular season strongly against BDS, Misfits Gaming, and EXCEL.