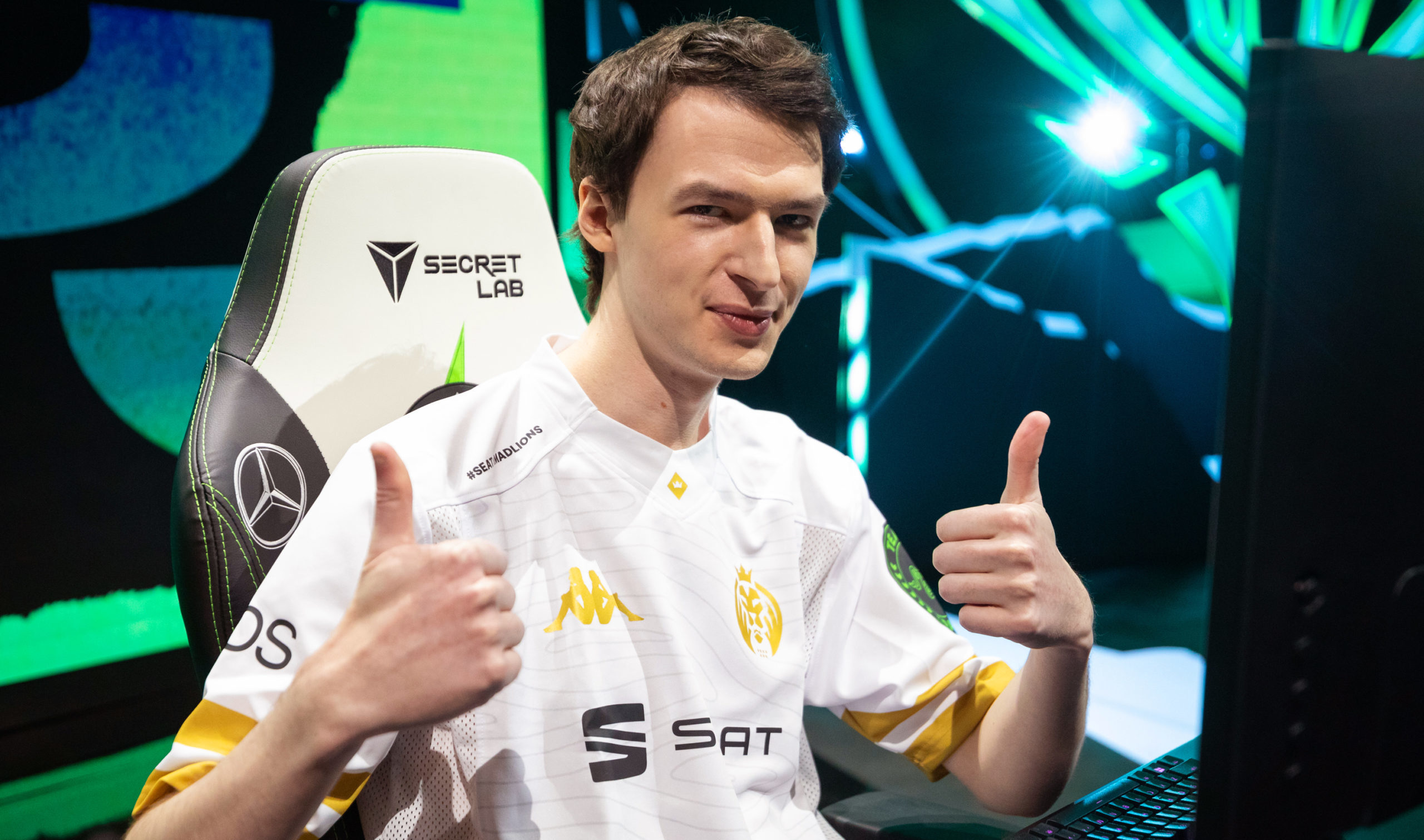 The 2021 Mid-Season Invitational started less than a week ago, but the group stage has already given us plenty of spice to liven up the competition. And to no one’s surprise, the LEC’s MAD Lions have been right in the thick of things, topping their group with only one loss heading into the rumble stage.

Their stellar record doesn’t exactly show how close each of their games were, however. The fiery young pride of Europe was challenged at a high level by all three of Group B’s teams. And now, the European League of Legends team must prepare if they want to stand a chance in the next stage of the tournament.

Dot Esports talked with MAD Lions’ starting support Kaiser after his last match of the group stage about the team’s experiences in Iceland thus far, including his first thoughts on his squad’s performance and the expectations he had for their group.

“I think we were expecting to be stronger than this,” Kaiser told Dot Esports. “Scrims told us that we would be 6-0 in this group and just smashing everyone, but we should have maybe even lost three of the games. So, when we came out 5-1, maybe [there was] a bit of luck, I guess. Of course we didn’t play that badly. We definitely deserve to win some of the games, so I think we shouldn’t be too unhappy about it. I think we learned a lot from our mistakes, especially in draft and early game.”

Throughout the first week, MAD Lions actually had to dig deep in a handful of games, including a last-minute victory against paiN Gaming and a tough loss against the TCL’s Istanbul Wildcats. These games could serve as proper learning lessons to help them against more established teams like the LCK’s DWG KIA, the LPL’s Royal Never Give Up, and the LCS’ Cloud9, however.

The MAD Lions support spoke about his experience scrimming against these top rosters for the first time this year. The 22-year-old said something he lacked after Worlds 2020 was confidence on international stages. Kaiser said that after last year, he thought that “maybe [they’re] just not meant to play competitive internationally.” But he’s recently found a renewed motivation to succeed after pitting himself against the best in the world.

“Playing scrims against those top dogs really showed me that I’m not really far off or maybe even on par with some of the best teams in the world,” he said. “And we, as a team, perform really well when we have the confidence that we can play aggressive, we can show people how strong we are, and how much fun we have in the game. So I think if we have this confidence going into the rumble stage, I think we will [do well].”

The 22-year-old also gave insight into some of the most fun teams to play at MSI—the North American and Chinese representatives. Kaiser said the NA vs. EU rivalry is still strong with the banter that happens whenever C9 hops into scrims with MAD Lions. He said they both love to joke around and they always have fun in their games. On a pure gameplay level, however, Kaiser thinks RNG are the best to play against because they execute their game plan just like MAD—they love to fight.

“[RNG’s] bottom lane is really nice to play against as well because they like to play aggressive, and Gala-Ming, they’re a really strong duo,” Kaiser said. “They don’t stonewall the lane like some other teams do, and we’d like to play against that because skill checking is just our style. Me and Carzzy just want to go in, they want to go in, so yeah, level one bot flip, and we’ll see what happens. That’s our style, that’s their style. I think once those sides clash in competitive, it’s going to be like a bloodbath.”

We’re still a few days away from the rumble stage, but fans should get ready for some electric League action. You can watch Kaiser and MAD Lions when the tournament continues into its next phase on Friday, May 14.