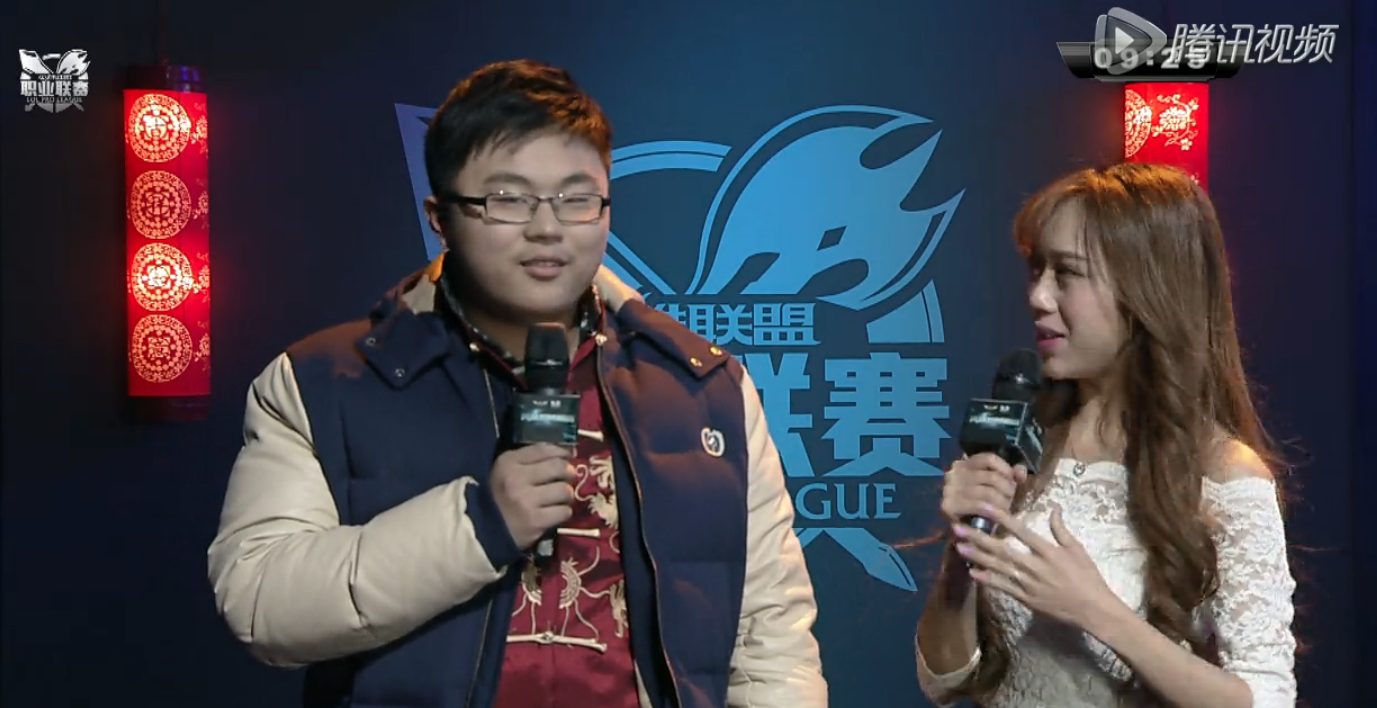 Welcome back to the LPL’s 2015 Spring Season. I’m Baobao and I’ll be interviewing King’s mid-laner Assassin. Hello. Say hi to everyone.

How are you feeling right now?

When we heard you yelling on stage in the last team fight, we knew you were going to win. Do you feel like you’re the most excited or hyped team in the LPL?

Assassin: Yes, I think we’re probably the most excited team.

How come your team atmosphere looks so good?

Assassin: Before celebrating New Years, a lot happened on our team. It might’ve been because everyone lacked the same motivation they had before. But our team made some changes and now we enjoy our matches more.

What kind of changes did you make over the New Year? It seems like the state of your team changed drastically.

Assassin: The usual. We took some time off and didn’t play the game.

Assassin: He’s a champion I’m rather familiar with. In terms of aggression, I actually feel I’m not aggressive enough yet.

So you consider yourself a more stable, a more conservative mid-laner.

I feel like there have been so many turnaround games in the LPL lately. And when there is a turnaround, it seems the game is over. Did you feel that way in your last game? That you were able to turn it around and win?

Assassin: There was a skirmish in bot lane, where I was in a 1v2 situation. When I beat them, I felt like we already turned the entire game around.

You felt more stable, more in control of the game, right?

Your last team-fight was also beautiful. Who was shot-calling that?

Assassin: Because we’ve been together for a pretty long time, we more or less make these calls together.

So it’s really a type of synergy, a type of teamwork. How long have you all been playing together?

Assassin: From the the LSPL started last year, that was our first time playing together.