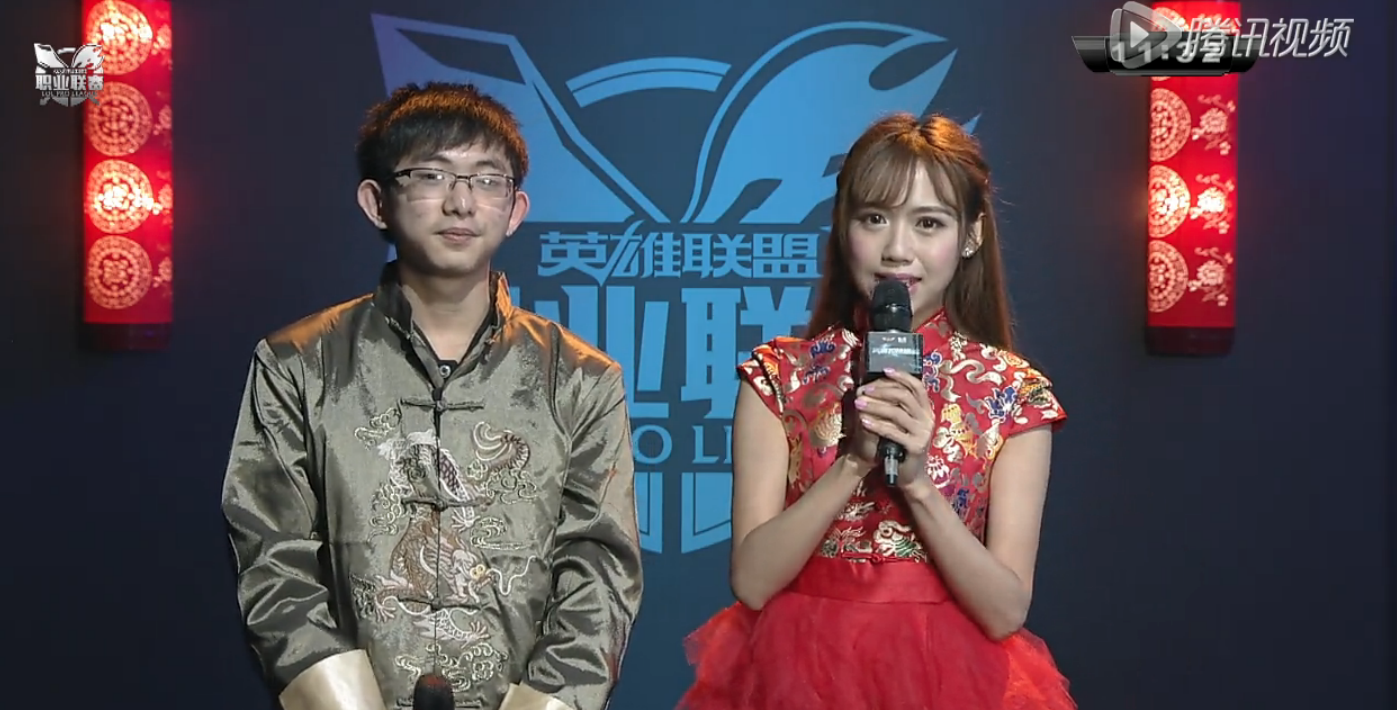 Welcome back everyone! Today we’ll be interviewing the top-laner that just managed to secure a 2-0 victory – Flandre! Hello!

Flandre: Hi everyone~ I am Snake’s top laner, Flandre.

This is my second time interviewing you. I want to congratulate you for achieving another full three points for each game today. How are you feeling right now?

This also counts as your last game in the Year of the Horse. You used Morgana top for both games. When I interviewed your manager in between games, he said that you use Morgana because she has good wave clear. Is that true?

Flandre: Morgana is the type of champion who is good in lane-swaps because she can resist the pressure of 2v1s.

So it’s not necessarily because of what your manager said.

We don’t really see Morgana often played this way. Where do you think her strengths lie?

Flandre: I feel like this champion, without interference of the jungler, can defeat any lane opponent.

Ah, so she’s not afraid of anyone?

Flandre: That’s right. And when fighting in a team-fight, she’s really good at protecting our carries.

As a top laner, she’s not bad! Maybe our viewers can try her out top lane~ You have a long journey to go in the new year but I feel like Snake has been performing really well, staying in the top three for a long time already. Are you satisfied thus far with your performances?

Did your performance exceed your expectations?

Flandre: Yes, since our original goal was just to get a good enough record to stay in the LPL.

[reference: Snake came from the LSPL, the Chinese challenger scene and their original goal was just to get enough points to remain in the LPL, but they’ve exceeded everyone’s expectations by remaining top three throughout the season]

But Snake has proven to be the biggest dark horse in this tournament so far. Is it true that you play ADC more in ranked games?

What do you think the biggest difference is between an ADC and a top laner?

Flandre: I think the top laner is harder to catch out.

What do you mean?

Flandre: Every time I play ADC, I get caught out and killed. Haha.

Yes, ADC’s are usually weaker in that aspect. But in terms of damage dealt, ADCs usually shine, right?

Flandre: This is true.

Now I feel like Flandre has been an outstanding top laner and has done what he’s needed to do in his role. Now you have a lot more games down the line so I wish you a smooth journey, all right?

Flandre: Thank you. We at Snake wish everyone a happy new year!