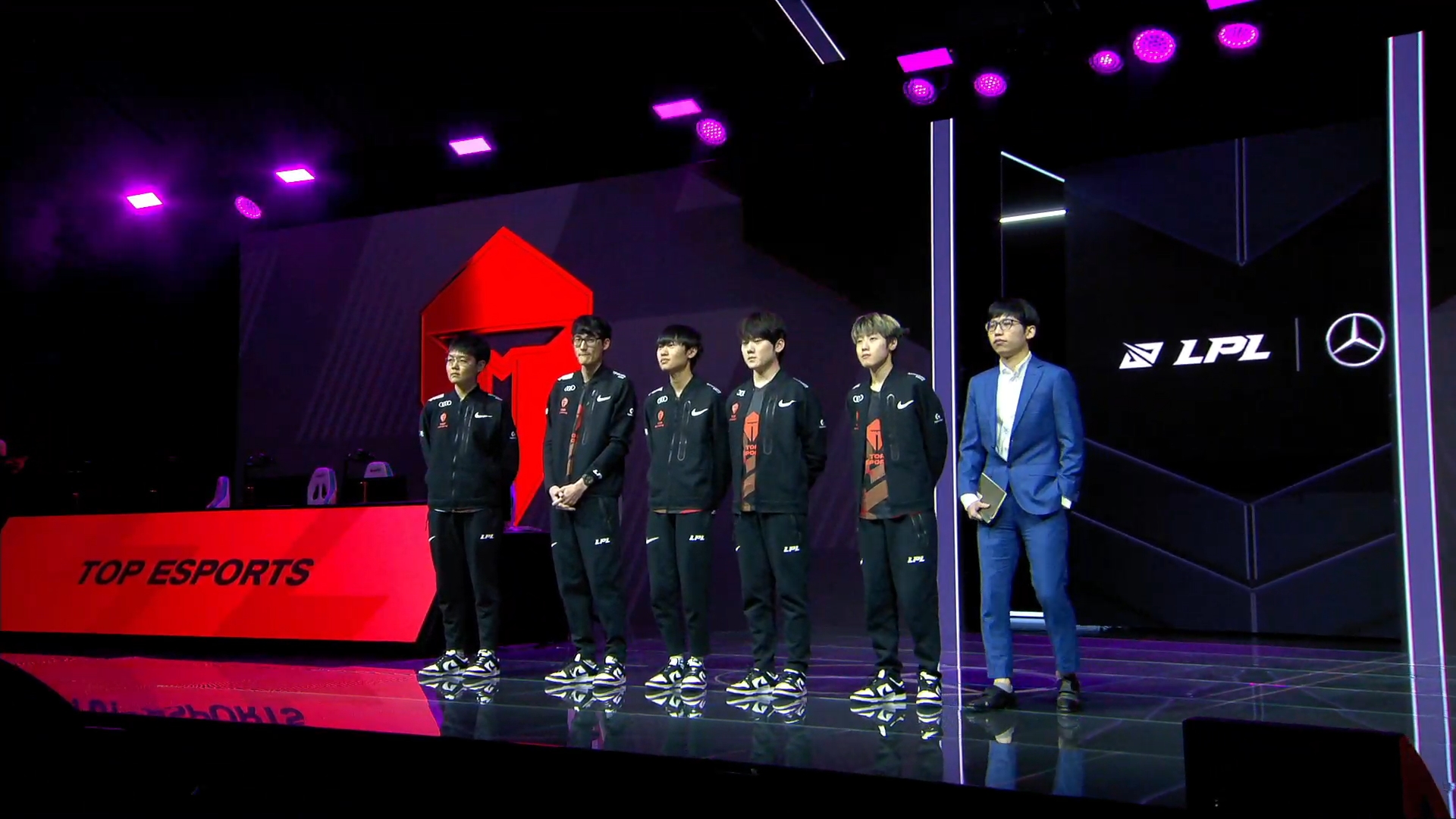 Top Esports and JD Gaming clashed earlier today in the fourth week of the 2021 LPL Spring Split in what was a rematch of the 2020 Summer Finals. But unfortunately for JDG, TES retained the crown, sweeping their opponents 2-0.

Following a successful 2020 League of Legends season where they established themselves as the top LPL contenders, JDG and TES failed to start this year in a convincing way. They both had a 50-percent win rate coming into this matchup.

TES showed a different style than in their previous series, however. As jungler Karsa said in a post-match interview, they used to only focus on playing what they were good at without worrying about the meta, but it didn’t seem to work out. After the introduction of Patch 11.2, however, they changed picks and seemed to take more of the meta into consideration.

TES fans saw Karsa’s first Olaf, a champion he’s not well-known for, of the season. JackeyLove found success on Senna and the recently-buffed Samira, two of the strongest ADC champions in Patch 11.2.

After gaining a large lead over JDG jungler Kanavi in the first game on Olaf, Karsa ended the second game’s draft phase by unexpectedly picking the first Trundle in a major league this season, which paid off too.

On top of picking good lane matchups, TES players showed a solid performance throughout the series. They looked much more coordinated than in previous weeks and showed good execution of their strategies.

TES support Zhuo, who filled in the shoes of now-substitute yuyanjia since the start of the split, also showed clear coordination with his team with consistent performance on tanky picks.

He enabled JackeyLove to take easy kills in the bot lane, although LokeN helped them a bit by making some questionable moves that resulted in him getting killed. JackeyLove looked particularly monstrous on Samira when he started to snowball, earning the MVP vote and not suffering any deaths despite aggressively jumping in the middle of the enemies with his ultimate.

As usual, TES star-player Knight took over the series with clean mechanical performance, too. He was voted as MVP of the first game with his Zoe, ending the game with a flawless 7/0/9 score and 80-percent kill participation.

On the other side, JDG fell short of expectations. They fell apart trying to react to TES actions instead of being proactive, showing lackluster macroplay. They also lost every lane in both games, despite top laner Zoom having his spotlight moments.

They weren’t able to engage teamfights in the first game due to Zoe’s Knight relentless poke, and lost the lead as soon as the two-minute mark in the second game, only to let the gap become horrendous throughout the match. TES fought they way to their Nexus and grabbed the win in only 22 minutes.

After earning a dominant win over JDG, TES have a rough week ahead by playing 5-1 team FunPlus Phoenix in their next machup on Saturday, Feb. 6.

JDG will try and regain a 50-percent win rate by playing Rogue Warriors on Wednesday, Feb. 3.