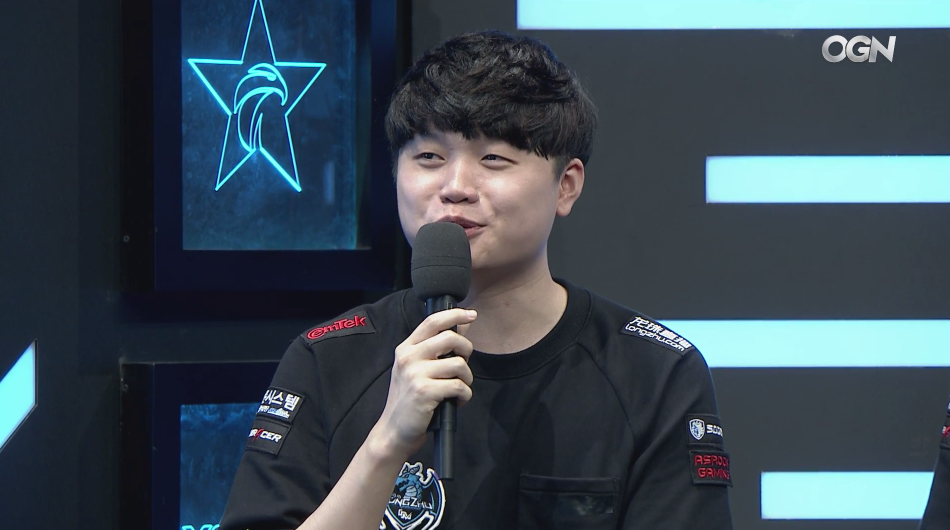 Faced with a severely weakened SKT, Longzhu saw their chance to snag the LCK’s second place spot. While Longzhu lost their first bout against the world champions, this would not be the same dominant force they played five weeks ago.

SKT are on a downward trajectory, having lost their last three matches since returning from Rift Rivals. If Longzhu had any chance at beating SKT, this was the day.

Countering SKT’s tanky composition with a early game draft of their own, Longzhu looked to abuse their opponent’s notoriously weak early game. And with a clean gank in the bot lane to earn first blood, Longzhu had found their initial lead.

SKT, however, managed to prevent an early snowball by Longzhu through a series of scrappy skirmishes. SKT opted for more messy fights that would result in casualties on both sides, rather than look for the perfect engages. These fights kept SKT in the game.

Unfortunately for SKT, their greed got the best of them. In an attempt to take a risky Infernal Drake, SKT were collapsed on. And while they secured the Drake, it was at the cost of four lives and the Baron.

Haphazard engages in combination with repeat deaths to avoidable ganks had caused SKT to once again fall behind in the early game. But this time SKT couldn’t stop the Longzhu snowball. Increasing their pressure across the map, Longzhu slowly grew their lead.

All it took was one teamfight win for Longzhu to seal SKT’s fate. Taking yet another early Baron, Longzhu easily ended the game with little opposition from SKT.

With this victory Longzhu rise to second place in the LCK standings. Longzhu now have eyes set on their match against Ever8 Winners on July 22. SKT meanwhile could find themselves falling as low as fifth before the week is out.