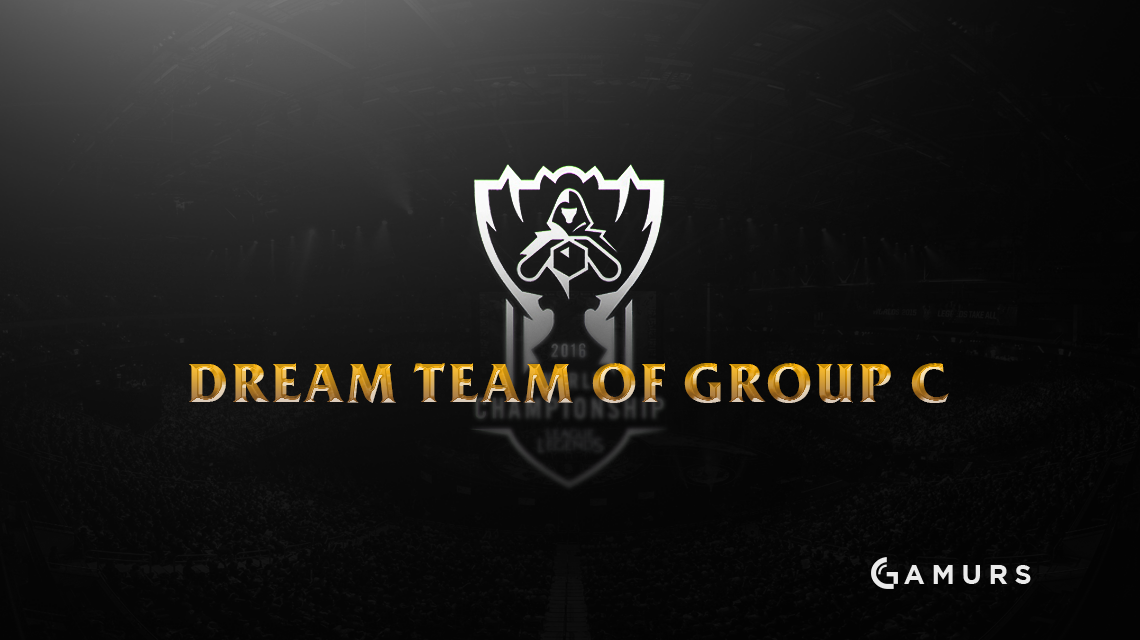 With the League of Legends World Championships coming up soon, I wanted to look back at the groups and more importantly, at the players to decide what would be the dream team for each group if players could be picked out of their rosters to form a super team. But, in the manner of fairness, here are the rules.

1) Teams must consist of five players, one from each lane being Top, Jungle, Mid, ADC and Support. We are looking just at the starting roster here.

2) Must include at least one person from each team’s roster per group. For example, Team A’s dream team can’t consist of all of ROX Tigers – there must be one from ROX, one from G2 Esports, one from Counter Logic Gaming and one from Albus Nox Luna at least.

3) Players will be picked based on a mixture of results throughout the year and personal opinions. Some had to be dropped in favour of the rules, but if you have a problem with the picks, tweet @GAMURScom or @MonkeyKingHero to tell us who you would rather have to take the spot.

With all that said, let us dive into GAMURS Dream Team for Group C of the League of Legends World Championships.

Yang is an INTZ legend in the eyes of the org since he has been with them for a considerable amount of time. Yang has been a consistent player in the CBLOL and is by far one of INTZ best players going into Worlds. Everyone always brushes off the wildcards, but they are both packing some serious firepower and should not be underestimated. Yang is one of the reasons why the wildcard teams shouldn’t be underestimated.

Clearlove has been on the front foot for EDG this last year and is guaranteed to leave a mark (and some wards) in the team’s competition in Group C’s jungle. He is a respectable Jungler who isn’t afraid to challenge the best and I look forward to seeing how he performs on the biggest stage of them all.

Why Westdoor? Why not. He has been a consistent performer in the LMS and I am expecting him to take that onto the world stage in League. He was the only person at Worlds last year who was able to kill SKT T1’s world-class mid-laner, Faker, more than once by the quarterfinals stage. I feel he is a big reason AHQ is so consistent when it comes to matches that matter and I am hoping he can continue to perform as he has been doing.

The ADC Position was the hardest to choose and the last one that I chose from. With such a wealth of ADC and Support players in this group with their own legacies, play styles and personalities, it was tough. However, Deft was the only one that I could say really stood out from the rest. Deft is a player who wins games. A player who is going to be the one to go all in and make something out of it. A precision player that uses the meta to his advantage. All in all, Deft has been a huge reason that EDG has dominated all year, especially compared to the rest of the ADC’s in Group C.

For all the good in H2K’s lineup, Vander is one of the most underrated supports in the EU LCS. He is a great performer and team player – he supports his team, literally. The guy deserves a lot more love than he gets and I do honestly feel in the group that Vander is the best support player in there. Sure, he has his off games as does everyone else, but at his best, he cant be unmatched.