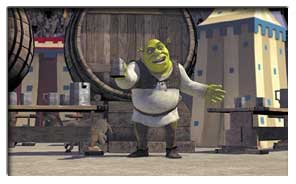 The commencement of the 2015 World Championships is imminent and the LoL Ties team is tickled pink at the prospect of some terrific trinity knots, excellent eldredges and some truly bitchin’ bows. Not to mention the prospect of several weeks of the very best League of Legends action one can hope to watch…outside of LCK. We’re here to break down the Power Rankings for who to expect to wear the best ties coming into what will be the grandest tournament since these two jokers decided to cause a ruckus:

Firstly, a recap of our last Power Rankings:

Now, of course, not everyone here will be at this tournament. Further to that, not every broadcast shows its coaches on stage and those that do the camera angle and lighting is not always the best. So we’ve decided that while coaches can and will be subject to reviews and tie battles during the tournament, they will not be eligible for the power rankings. That will be the pleasure of the 18 personalities that Riot announced to be on the commentary and analyst desks. This leaves our list of eligible contenders as such:

So, how have they evolved for our current iteration of the power rankings? Without any further delay, let’s begin.

It is important to note that these names are not at the “bottom” of the list. They were simply not placed into the numbered list for one reason or another.

Of course, women are not excluded from tie battles or gradings, should they decide to knot-up. As the lovely Froskurinn aptly demonstrated during her LPL coverage with some dapper bows. However, not all clothing that was made for the fairer sex was made with ties in mind. So Sjokz earns a #TieSister pass from being ranked.

We hope to see a bit of PiraTechnics about the worlds coverage, maybe not doing any commentary but it’d be great to see him any way they can get him in. More importantly than that, we hope that the Boss of Big Bows recovers fully, as quickly as time permits. We are sure nobody is more disappointed than he is not to be taking part on the caster desk, but we like to think that we’re a close second.

We look forward to reviewing Krepo during Worlds as he displayed a neat Eldredge knot during EU LCS. He takes a lot of light-hearted poking for his wardrobe choices giving people a sense of déja vu but his tie work is impressive in its own right

And now for the numbers:

This is a product of body of work than anything else. Being a player doesn’t give you many opportunities to be on-stage. He was a bit dire the first time we saw him but *really* stepped up during latter desk appearances. We’d be utterly shocked if he finishes the tournament in this position, he has top-10 capability.

Jatt, like most of the NA team, barely ever ties yet when he does is plagued with Tie/Collar gap problems. You could shoot a Morgana binding into Jatt’s T/C gaps and have it come out the other side clean. The good news for Jatt is that there is so much room to improve through small things that a race up the standings is possible.

Phreak can contribute a god-tier tie every now and then, but that’s about as common as seeing a Poppy in competitive play.

Look, the point is that Phreak has a winning effort or two, mixed in with side-dimples, side-slew and the NA tieless effort. We will have to see which Phreak shows up bright in the city of lights.

Riv was a top talent earlier in the year, but the rest of the league world tied better while NA continued to not tie at all in what felt like every second outing. He has what it takes to rise to his former glory, so let’s see if he can make it happen.

Dash, when he ties (see also America, North) has the biggest chance to go deep with style points. His dimple work needs improvement, and he has small T/C gap control problems, but he’s the best chance to break the top 2 among NA casters and analysts.

Kobe has the tie ability to place much higher – he may even be a top-5 threat for this list moving into the future. What’s holding him back? Just two things – firstly, the now oft-mentioned NA Absenteeism issue in which he sometimes doesn’t show up at all. The second and slightly more controversial issue is suspicions of fake ties dog some of his efforts.

From last in the Riot Sydney offices to top 10, Pastrytime’s improvement and effort is highly commendable. His everyday tie efforts remain hit-and-miss, but he has added to his tie game a neat little bow effort that he deployed time and again late in the LPL and OPL splits to great effect.

It is only thanks to the removal of coaches that decreased performance leads to a higher place in the rankings. Quickshot, when he’s on his game, is a solid tie competitor and could knock on the door of a top 5 placement. He hit his stride late in spring, but his consistency has forsaken him in summer and he’s on the outside looking in at the elite coming into this event.

NA’s shining hope, Zirene also has the NA Absentee issue, but when he shows up, he shows up big. There really isn’t a lot more to say about Zirene than that. He’s a tough out for anyone to expect to walk away from in a tie battle and win. We f**king love Rush. Er, Zirene.

Spawn battles away and away in the Riot Sydney offices, taking a lot of second-place finishes which is only made more torturous with the knowledge that he’d be top-2 in EU and the best in NA. But he’s a constant threat to take down the very best that this group has to offer. Don’t sleep on Spawn; he’s capable of beating anyone, anywhere.

The Iceman of Europe has some of the best T/C gap control in his region and very rarely makes mistakes. The only thing holding him back from the absolute pinnacle of the list is his penchant for HUNGRY, HUNGRY VESTS which FEED on poor, innocent ties!

We tipped big things from YamatoCannon moving in to summer from MSI and he for the most part delivered them for the entire spring. He’s one of the few that has a documented Trinity Knot at his disposal and even started deploying some PiraTechnics-level bows on a regular basis. This was all brought to a screeching halt when PoroTie and the TieNickAllen team exposed the fake bow tie, disqualifying him in his match against Sheepy during the playoffs and halting his climb at 4th spot. Don’t be fooled by the setback, when he isn’t rocking the #FauxBow, YamatoCannon is a beast.

You know that the LCK/OGN team are going to have their wardrobes on point. It’s always a cutthroat contest between the two casters with tenure as to who wears it better, and DoA took the title by virtue of a sole head-to-head victory coming in to MSI. DoA, while he has by no stretch of the imagination been bad, was *better* less of the time than during the spring and so drops a position to his colleague and co-caster…

Monte has been the go-to among western fans for being a sharp-dressed man. And it’s not without good reason. Sure he has the benefit of what can only possibly be better Tie Infrastructure to consistently out-tie his western compatriots (see what we did there?) but he also does the work to make sure his T/C gap control is on point, his dimple is where it’s meant to be, and that the style points are bangin’. As they always are coming out of Korea.

And finally, our Numero Uno:

Competition breeds excellence. Atlus parlayed a spot just outside our top 5 at MSI, worked on his tie game super-hard, and reaps the rewards here. But it must be said that when you’re trying to keep the likes of Spawn, Rusty, Sata, an improving Pastrytime and even the occasional bow out of Froskurinn from beating you in tie battles, it can only result in improvement. Atlus has gone from strength to strength as the year has progressed and is, in our minds, the number one tie going into the World Championships that the Riot team can bring to bear.

And before we bow out, let’s acknowledge three coaches who we saw moments of brilliance from but in the interest of fairness to all coaches were not ranked:

Pr0lly: pr0lly is still the #FakerTie of our world. He’s just the best. Nobody does the classics better than he does. He ought to 6-0 the group stage and hopefully we get a chance to see more from him.

Bubbadub: Coming in for Charlie late in the NA LCS summer split, Bubbadub has been a revelation for what was to be honest an NA tie scene that was dying a slow death. He’s been impressive every time we’ve seen him.

kkOma: It’s not often we get to see the legendary figure of a coach in a tie, but when we do is pretty damn rad. Of the limited screen time that eastern coaches get when they tie, kkOma has been the best we’ve seen.

For those who got this far, we salute you. If you want to join in on the tie discussion, we’re going to be tweeting (where character limits allow) with the hashtag #LoLTieWorlds. Also don’t forget the standard #Worlds for everyday use. Until we next meet, have fun, be good to one another, and always mind your KDS!