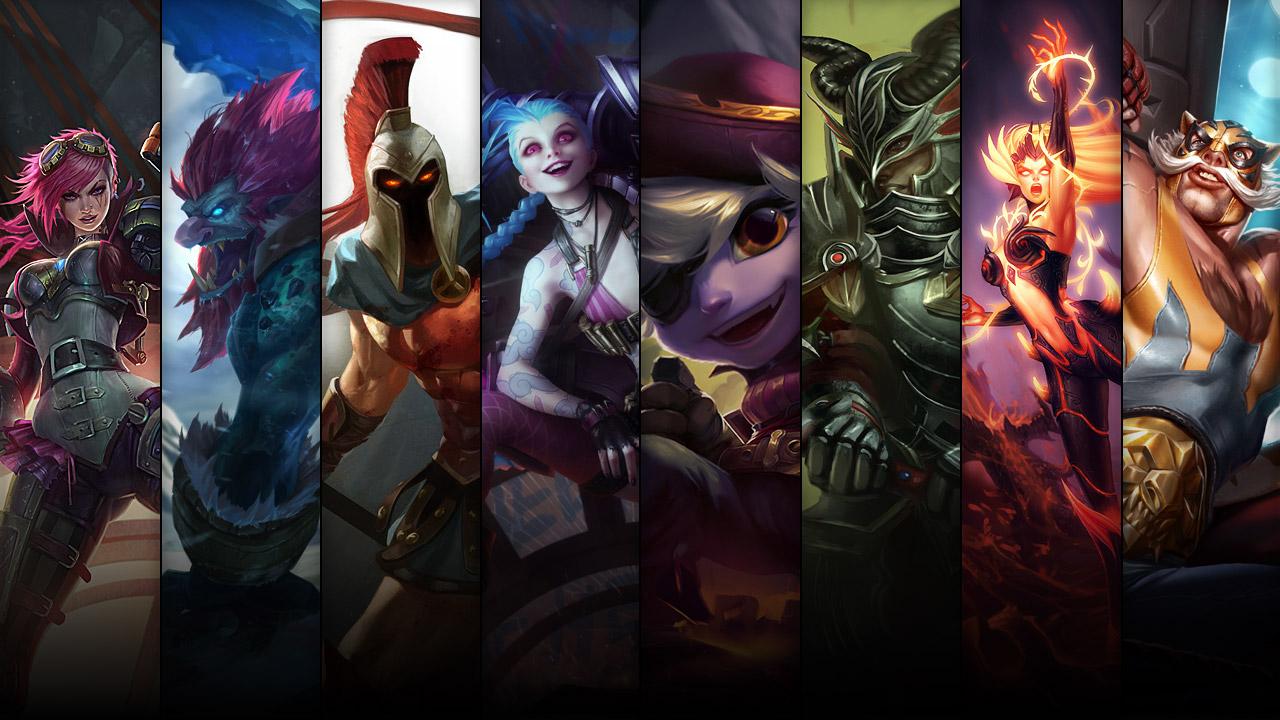 This week’s League of Legends champion and skin sale isn’t offering a ton of strong picks to help players climb through the ranks. But it does offer some fun and unique champions that players can have a good time on.

From today until Sept. 29, players can get their hands on a mix match of champions and role that can work well together. For instance, Vi can offer some much needed engage potential while Jinx sits in the back line and deals some massive damage.

The skins on this sale aren’t that bad either.

Vi is one the game’s strongest engage champion and is a dominant force in the jungle. Vi’s abilities are built for ganking and is a solid pick for anyone looking to cause the enemy team problems in the early game. After hitting level two, Vi could easily move to anyone of the three lanes for a quick gank on any aggressive opponent to get an easy first blood or at least for the enemy to use a summoner spell.

Trundle has seen a bit of professional play recent as both a support and top pick. His ability to speed up himself and allies while slowing opponents makes him a great pick for supports looking to chase down foes or top laners looking to split push and pick up towers. Trundle, however, isn’t a vital pick for any team and is usually picked up to counter certain team compositions.

Pantheon is one of those top lane champions that has enough utility in his kit to cause opponents a whole host of problems. His stun, burst, ranged ability, and global ultimate are all highly useful in the early game to deal tonnes of damage and get a few quick easy kills. Pantheon does have a tendency to drop off in the late game, so getting a quick victory is crucial to success.

It’s time to get a little crazy. Jinx is one of the game’s most popular and loved champion’s but that doesn’t mean that she is the best ADC around. Her global skill shot ultimate has the ability to snipe an opponent from afar and pick up a quick kill—or steal a kill from an ally when a player least expects it. She lacks any escapes in her kit, however, which can sometimes be her undoing.

Even if it’s not Tristana’s best skin, Buccaneer is still pretty cool. The pirate themed skin doesn’t change her abilities but works well with other pirate themed champions such as Gangplank. It’s on sale for 260 RP.

Darkforge J4 answers the question “what if the Demacian prince turned evil?”

It isn’t one of J4’s best skins, nor does it alter his abilities in anyway, but is still one of the most visually appealing skins that J4 has. It makes the champion look a lot more menacing, removing his golden armor and sense of pride for a darker approach where war is the only answer to everything. It’s on sale for 487 RP.

Wildfire is arguably one of the best skins Zyra can have. The fire effect on her abilities and her plants adds to the idea that you are physically burning your foes to ash. If you have been spamming a lot of Zyra in ranked, then it might be worth picking up this skin while it is on sale. It currently costs 487 RP.

The muscle man Braum is becoming a luchador and jumping into the ring. No one can stop El Tiger with his poro sidekicks ready to pounce and help the king out on a moment’s notice. His abilities have been given a fighting flare with his ultimate in particular spawning a small ring around his foes. Sounds have also been added to match the theme, such as a ring bell and audience cheers when he recalls. It’s on sale for 675 RP