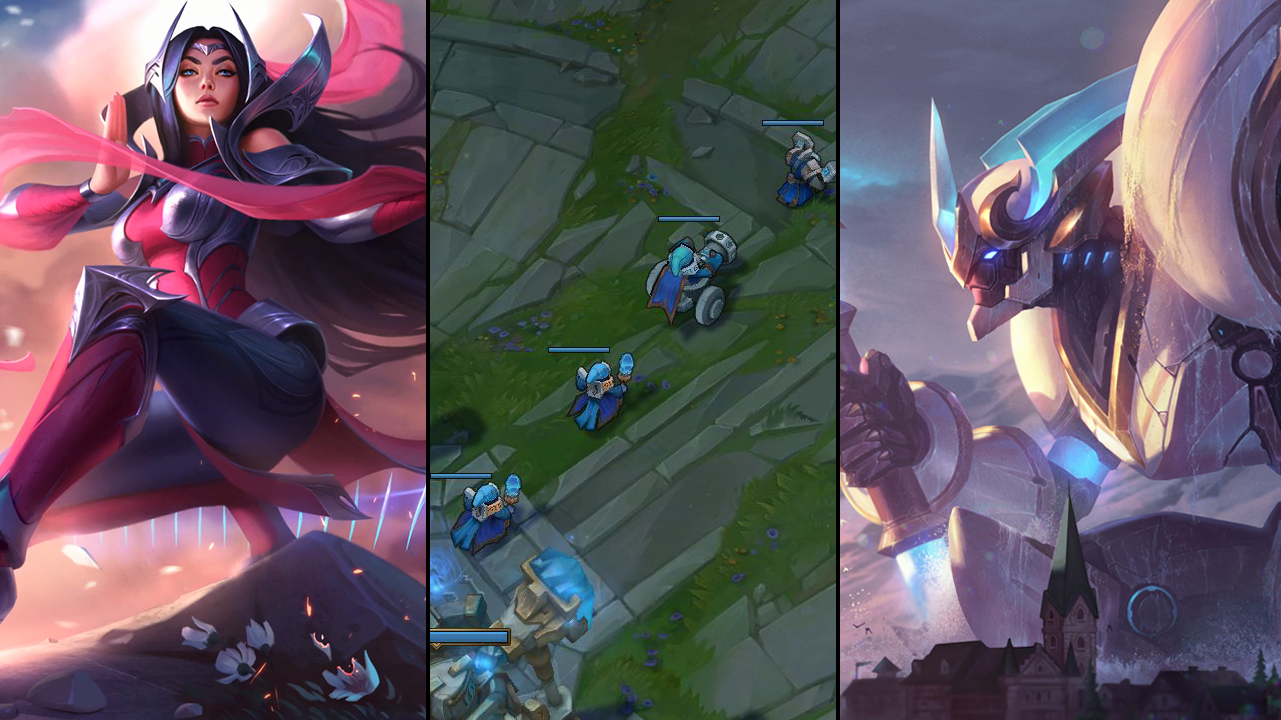 League of Legends Patch 8.7 is almost here, and there are a lot of changes packed into this one.

For starters, the brand new fully-updated Irelia is launching with 8.7, complete with a new look, new abilities, a new voiceover, and new skins. Just like any major champion update, there’s a chance she’s either a little underpowered or overpowered on release, so don’t expect her to be completely perfect right off the runway.

There are also some new skins coming for Wukong and Rumble, as well as a handful of buffs to some of the game’s weaker junglers.

Here is our complete rundown of changes coming in Patch 8.7, pulled straight from the official patch notes.

“Irelia dashes to a target, dealing physical damage (increased if it’s a minion or monster), applying on-hit effects, and healing for a small amount.

“If the target was marked or dies to Bladesurge, its cooldown is refreshed.”

“Irelia begins charging her blades, losing the ability to move or attack but gaining significant damage reduction for a brief period. This channel can’t be interrupted.”

“Irelia lashes out with her blades, dealing physical damage in a line. The damage increases as Irelia charges.”

“Irelia sends a blade to a location, and can recast Flawless Duet to send a second blade to another location. The blades will then fly towards one another, dealing magic damage and stunning enemies caught in the crossfire. Flawless Duet also marks champions and large monsters for a few seconds.”

Order of the Lotus