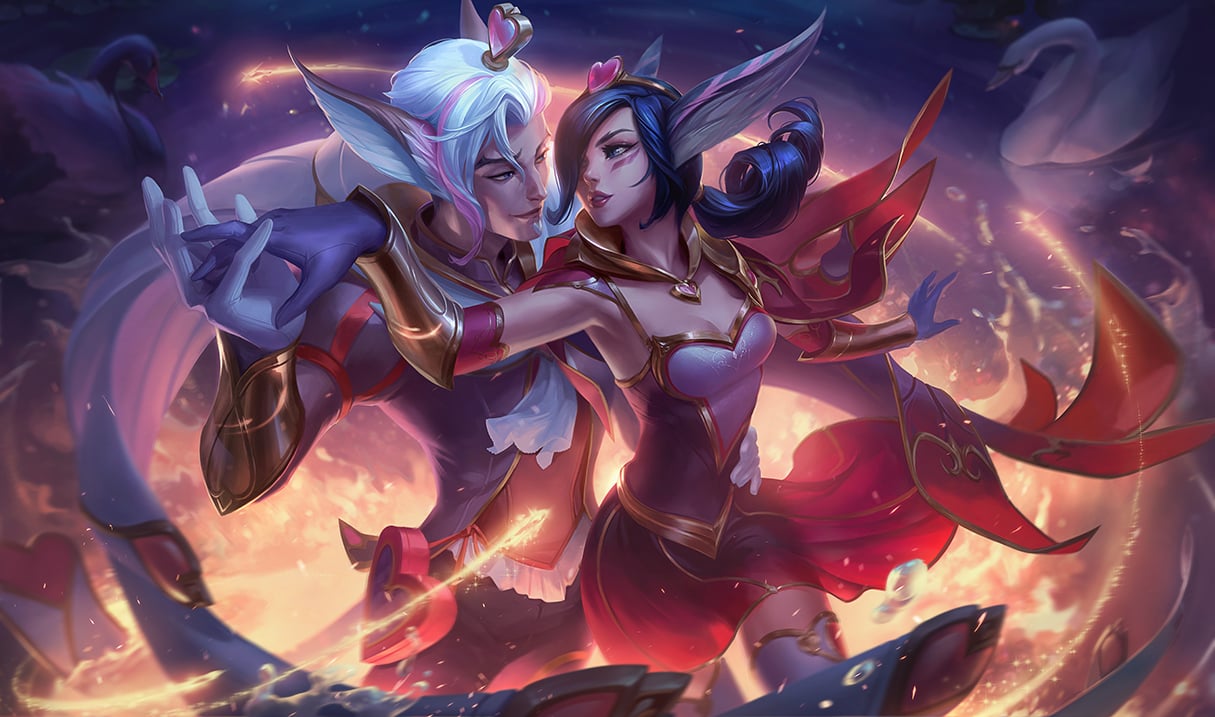 Using champion statistics from League’s API, which is most easily described as a set of back-end development definitions, protocols, and tools that Riot uses to run the game, a team of writers and insight analysts created this list of the best and most notable champ duos. The primary stat used to come up with the winners was winrate, a tried and true stat for determining champion power.

What can you actually use this list for, you may ask? Well, the easiest answer is simply duo queue. Now you have a Riot-sanctioned list of some strong champion sets to practice with your favorite ladder-climbing partner. As you read through Riot’s article, however, you’ll notice some of the options, even the “strong” ones, are pretty memey. For example, top lane Kayle paired with jungle Twitch was ranked third best.

That being said, it’s mostly just for fun. Please don’t run Kayle-Twitch in ranked. We beg you.

Not only did Riot create this list to show-off the best partnerships of champions, it also ranked the worst of the worst. Use this information wisely, because it’s a powerful tool.

You can either use this data to avoid walking into terrible mash-ups with your duo partner, or you can take the less-than-savory road and use it to develop more trolling strategies. The choice is, unfortunately, yours.

If you want the complete rankings, or if you’d like to figure out if skins really do make a difference in how often you win, read Riot’s official article.