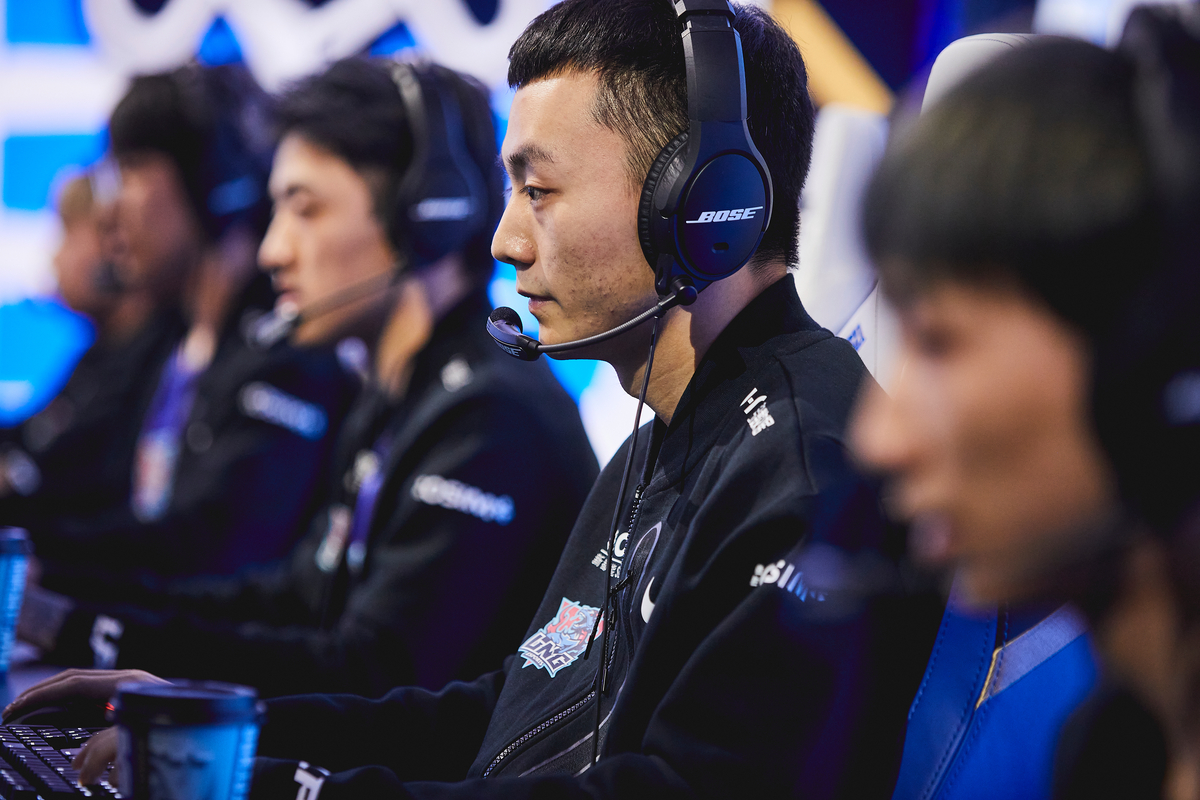 LNG Esports brute-forced their way around MAD Lions’ macro decisions, both initiating plays and responding to MAD’s replies today in a battle between 1-1 teams in Group D of the 2021 League of Legends World Championship. The LPL squad’s win came off the backs of clever teamfighting and carry performances by Tarzan, icon, and Light.

As one of the more contested groups at Worlds 2021, the last two days showcased an exchange of wins between all of the teams in Group D. For LNG and MAD, this was their chance to create some room between them and the rest of the pack.

Today’s match started with a heavy top lane focus from both teams. A gank from Tarzan onto a flashless Armut kicked it all off, prompting MAD to respond with a play of their own, three-man diving Ale. The action didn’t stop there, though. In response, LNG mounted a three-man gank of their own onto Elyoya in the same lane. It continued a few minutes longer with LNG attempting a gank onto Armut. But with Humanoid’s help, Armut turned it around. The top lane debacle finished with a kill from LNG onto Humanoid.

The top concentration was but a small part of the match, however. Following that, LNG and MAD began trading blows. LNG threw a punch in the form of finding and brute-forcing fights while MAD looked for macro plays around the map, Rift Heralds leading into tower takes, and CS leads. In the end, even though MAD built a gold lead, LNG’s teamfighting prowess was too overwhelming, slingshotting the LPL squad into a power position to eventually finish the game.

LNG (2-1) will look to keep separating themselves from the pack in Group D on Oct. 18 when they face off against Team Liquid in the start of the second round robin at Worlds 2021.