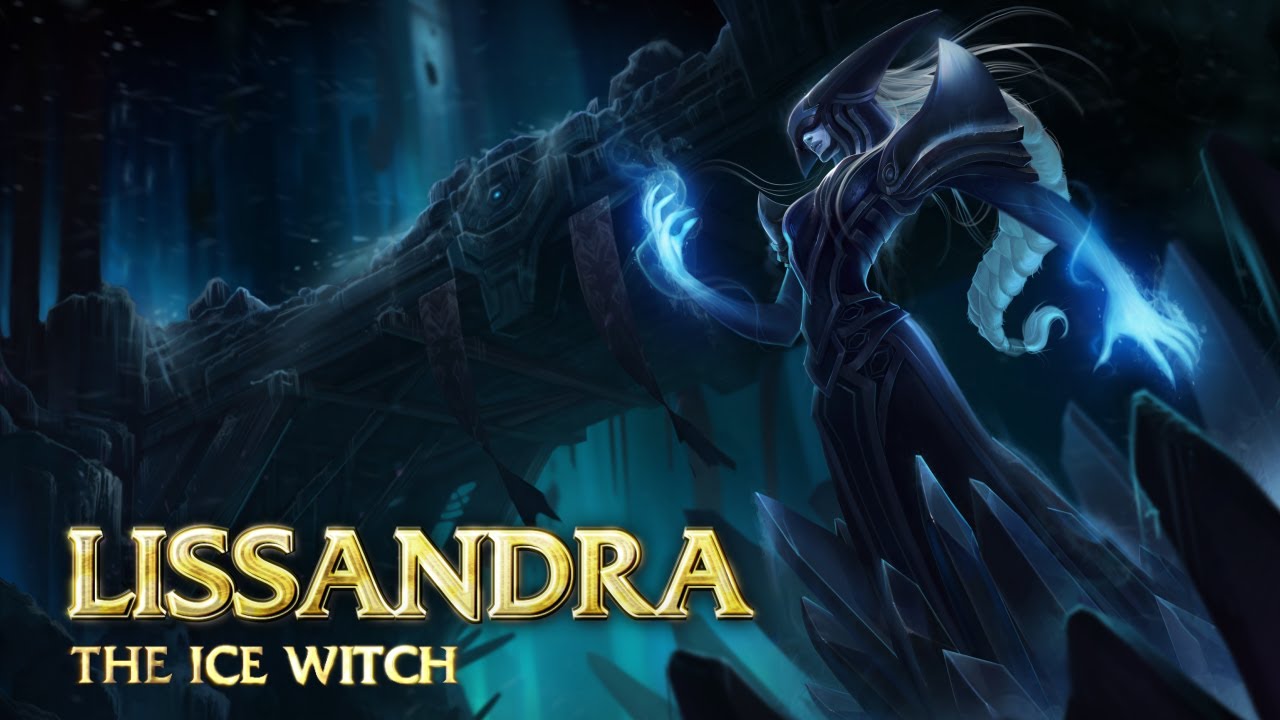 Lissandra’s desire for power brought the beginning of the end to Runeterra. She made a pact with the Watchers to prepare the world for the Void. And in an attempt to stop this take over, she sacrificed her sisters, Avarosa and Serylda, and her people. Unfortunately for her, this was futile. Now, she is bound to appeasing the Watchers through dreams of her being eaten alive.

Riot Games’ latest League of Legends short story, “The Dream Thief”, delves into Lissandra’s life after helping the Watchers bring the Void to Runeterra and encapsulating them in a barrier of True Ice. At this point, Lissandra knows the Watchers will eventually break through the True Ice and destroy all life. In order to delay this inevitability, we learn that Lissandra tries to soothe waking Watchers by feeding it the dreams of others—including herself.

In “The Dream Thief” Lissandra senses that one Watcher is beginning to stir. To quell the beast, she heads into a cavern filled with True Ice where the Watcher sleeps. Lissandra enters a sleep state herself and penetrates the Watcher’s dreams so it can see what she sees. She then begins passing through the dreams of various Freljord folk.

Her first dream of the night stars a priest who serves Lissandra by sending notes of Ashe’s regime to the Frostguard Citadel. In his dream, the priest was late in his note delivery and is fearful of Lissandra’s reaction. When she appears in his dream, Lissandra dismisses his worries and leaves him with a message. “I need you to listen. Listen to the ice,” she told him. When the priest wakes, his pledge to Lissandra is invigorated and he sets off away from Ashe’s territory to follow Lissandra’s words.

Lissandra’s second stop landed her in the dreams of an orphaned girl. Upon seeing Lissandra the girl screamed with a breath of ice and Lissandra promptly vanished. Though Lissandra’s visit to the orphan’s dream was short, she learned the orphan was an Iceborn whose power could either aid Lissandra or pose a threat to her in the future and makes a note to keep watch over the child.

The next stop for Lissandra was an old traveler stuck in a frosty cave. The man was on death’s bed with no hope of survival. His dreams were filled with warm pastures as his body began to freeze completely. Given the man’s state, Lissandra offered herself as a means of comfort to his last moments. “I will watch over you while you rest,” she said. She stayed by his side until the man drifted away.

Considering Lissandra has, in-part, doomed Runeterra with the coming of the Void, not to mention she sacrificed Avarosa and Serylda, it’s no surprise she has some enemies. And upon coming dream-to-dream with an Avarosa follower, she was met with an unwavering bloodlust. The hefty man charged at Lissandra, sword in hand, with the intention to kill. Though only a dream, Lissandra was fearful. Anytime Lissandra dies in another’s dream, a piece of her is lost and she did not want this to happen again. Before the man-made contact, Lissandra coated herself in ice to block the strike and exited his dream.

After narrowly escaping death, Lissandra warped to a shaman praying to the Ursine demi-god master, Volibear. The shaman’s dream became personal to the ice witch as Volibear was the one who blinded Lissandra years ago. Once the shaman noticed Lissandra, an avatar of Volibear appeared in front of her. Out of pure instinct, Lissandra heaved shards of True Ice at the bear while disrupting the shaman’s shapeshift. Despite Volibear and the shapechangers being a pain point for Lissandra, she noted they pose little threat now.

To finish off the night Lissandra entered the dreams of the restless Watcher. The dream was described as a void of nothingness. Lissandra saw an avatar of herself being devoured by the Watcher, but no matter how much it ate, it was never full. In the real world, Lissandra’s body traced glyphs onto the True Ice barrier. She was casting a spell to reinforce the Watcher’s cage while still traversing the dream world. Once her spell was cast, Lissandra snapped back into reality. She made it back intact, however, a piece of her was lost to the Watcher who ate her in its’ dream. With the Watcher quelled once again, Lissandra returned to lead the Frostguard.

Lissandra’s dream catching journey ended here, but “The Dream Thief” continued with a scene involving the orphaned Iceborn from earlier. We learned the child is named Reathe and that every time she closes her eyes she sees Lissandra. At this point, Reathe was freezing in a cave until an “emaciated man” with blue skin came upon her. The man explained there are “others”, presumedly fellow Iceborns, and that she needs to follow him in order to find them. Reathe questioned who the man was talking about before the story jumped to the concluding scene.

The story closed with a view of the Frostguard Citadel. It’s mentioned that it’s incredibly hard to find the citadel and potentially harder to leave. Despite this, five figures are seen traversing the area in search of Lissandra. All five have met Lissandra in their dreams and have been subtly warned about the Watchers. They are unaware of exactly who the Watchers are, but “they each feel something else, deep inside.”