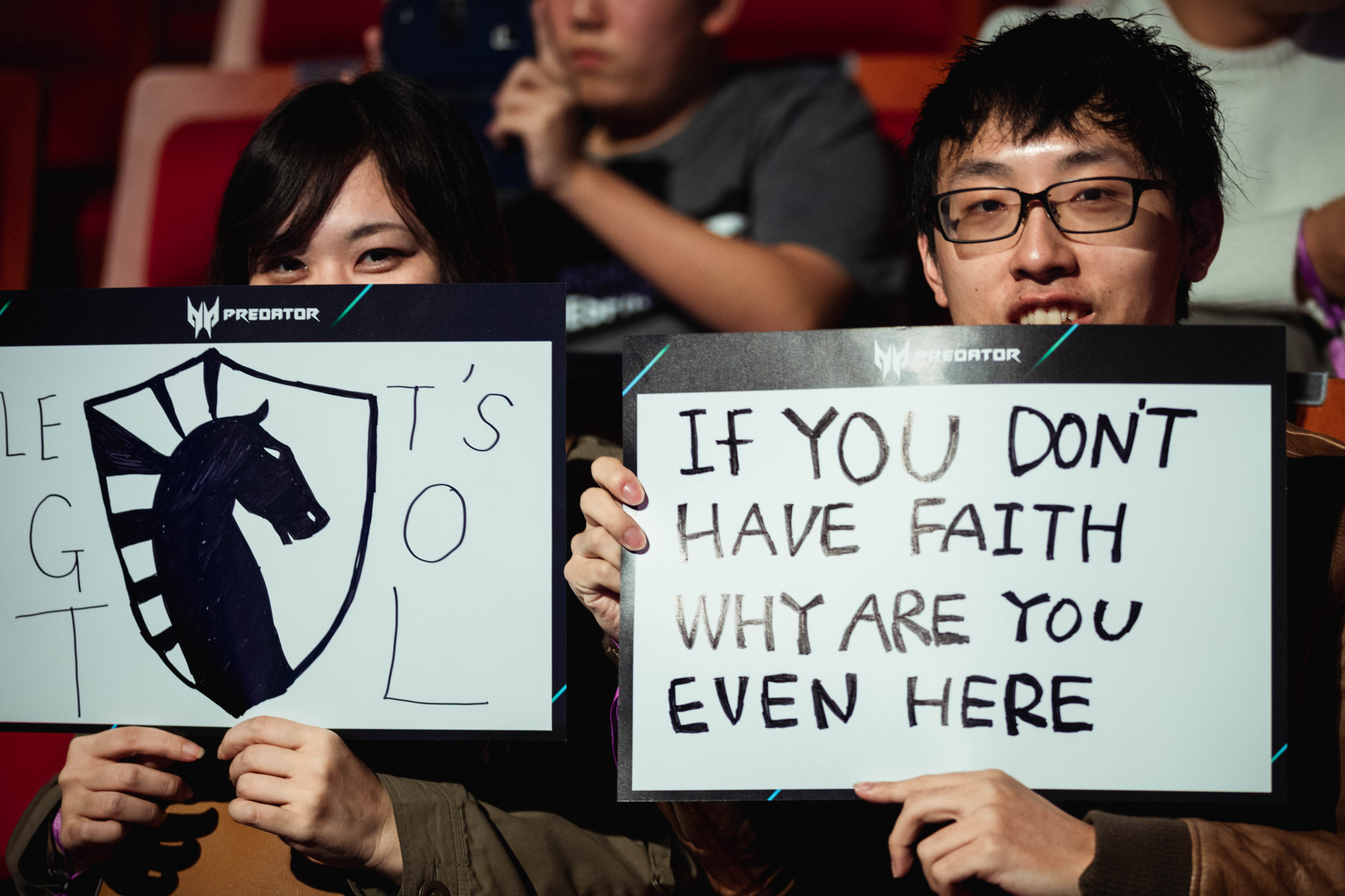 Last offseason, the “Paid for by Steve,” meme began when Team Liquid owner Steve Arhancet assembled the richest roster we’d ever see in the NA LCS. First he bought nearly the entire roster of Immortals, a team that had made Worlds the year before. Then he signed high-priced free agents like Jeong “Impact” Eon-yeong and Yiliang “Doublelift” Peng. The team was pegged to win the league and didn’t disappoint, coming home with two-straight titles and an appearance at Worlds.

But if this week’s news is any indication, Arhancet isn’t stopping there. The wheeling and dealing continued into this offseason with Liquid’s trade for Cloud9 superstar mid laner Nicolaj Jensen and signing of former world champion support Jo “CoreJJ” Yong-in. The moves make Liquid the prohibitive favorites again in NA, but they’re more about improving on their group stage showing at Worlds. But it could also have far-reaching effects on the future for the team—and the league.

Let’s break down how this trade changes everything in the NA LCS for 2019 and beyond.

What it does for Liquid now

Team Liquid’s last mid laner, Eugene “Pobelter” Park, is probably the best mid laner that North America has ever produced. He’s a smart, solid player that usually won’t lose games by himself. When he’s on, he can be a win condition by himself.

But North America tends to import mid laners for a reason. It’s the game’s most important position after all. And at Worlds, Liquid’s reliance on Pobelter hit a wall as his inability to pressure the map against superior competition combined with Liquid’s decision to sacrifice bot lane to scaling matchups led to the team’s doom in a must-win game vs. kt Rolster.

Jensen brings a completely new dimension via his ability to dominate lane and work with the jungler to influence the map. The latter skill is something he’s worked diligently to develop the last two years with Cloud9 after it was a weakness earlier in his career. But he almost single-handedly took Cloud9 to the Worlds semifinals based on his ability to shut down inferior mids.

In bot lane, CoreJJ is, on paper, the perfect lane partner to Doublelift. Doublelift seemed to reach an understanding last year with lane partner Kim “Olleh” Joo-sung, but it never seemed like they were 100 percent on the same page. CoreJJ brings a wealth of experience playing scaling bot lanes and using his smarts and game sense to break games open when his team has an advantage, the exact things the more frenetic Olleh struggled to provide.

All that means that Liquid should be a monster in 2019. Anything less than a deep Worlds run would be a huge disappointment. But it’s not just about next year with these guys. Liquid could be set up to dominate the NA LCS for the foreseeable future.

Next year is a huge inflection point in the history of the region because some of the firsts import players to come over from Korea and Europe will reach the four year mark and receive resident status. One of those is Impact, who’s a resident now and opened up the import spot Liquid used to bring in Jensen and CoreJJ.

But it gets really interesting in the middle of the year when Jensen becomes a resident himself. Liquid would have another import slot open up. There’s a real possibility that the team Liquid brings to Worlds will consist of only one domestic player, either Doublelift or jungler Jake “Xmithie” Puchero. Judging by the facts that Doublelift just won the NA LCS MVP ward, CoreJJ came back to the region specifically to play with him, and he had some pretty strong performances at Worlds, it’s not likely to be the bot laner that gets replaced.

That means Xmithie should be looking over his shoulder while trying to put his best foot forward this next split and quickly ramp up his synergy with Jensen. Through the way that he’s assembled this roster, Arhancet has proven that he’s willing to make bold moves and commit big money to creating the best roster he can field. And he’s given himself flexibility to make further improvements in a way no other NA LCS team has.

Liquid may have started an arms race by locking in so many star veterans last year. But this year, they’ve turned the tables on the whole league. We might finally see the advent of a North American team with three or four Korean players, something that was whispered about years ago when the interregional movement policy was created and updated.

The best part for Liquid? Now that they’re two steps ahead, it will be hard for the other teams to catch up. Other veteran imports that have achieved residency, like bot laner Chae “Piglet” Gwang-jin, are on the fringe of the LCS. Nobody will be able to match them anytime soon.

But that doesn’t mean teams won’t try. Sure, everyone is behind Liquid, but that may mean more imports filter into the scene this year as teams rush to start the clock on residency requirements. Whether Riot will allow that is another story—the policy was designed specifically to prevent the type of landscape-altering move that Liquid just made.

It seems like Liquid wasn’t just ahead of the nine other LCS teams on this one—they were ahead of Riot Games, too.