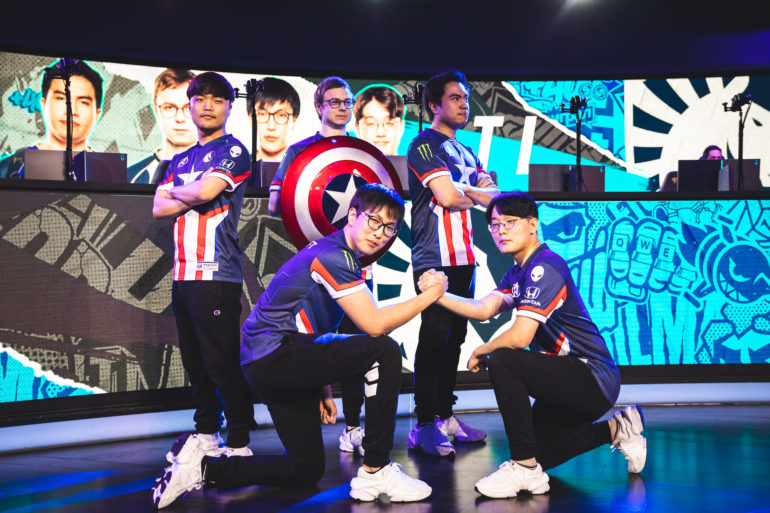 It was looking pretty grim for Yiliang “Doublelift” Peng and crew in the early game, but the rest of the team was able to pick up the slack later on in the match.

G2 opted into a pretty odd composition with full AP Shyvana in the top lane, a Zed-Yuumi bottom lane, and an Evelynn for Marcin “Jankos” Jankowski. It actually wasn’t a bad idea, especially with Yuumi staying invisible while connected to Evelynn. Unfortunately for G2, they made some careless mistakes in the mid game that Liquid took advantage of.

It only took Liquid 25 minutes to win this game, with their Sona-Taric composition coming online after finding some key picks onto Rasmus “Caps” Winther and Luka “Perkz” Perković. With great crowd control tools on Sona, Sejuani, and Taric, G2’s multiple assassins couldn’t get away once they were locked down by their North American counterpart.

Many people are quick to dismiss G2’s first loss of the tournament due to them trolling in the drafting phase and not trying too hard, but credit must be given to Liquid. They capitalized on their opposition’s mistakes and didn’t give them a chance to bounce back.

NA still has a huge mountain to climb, though. The region is still 1-4 vs. Europe at this event. Cloud9, TSM, and Liquid will need to take down all of their opponents if they wish to enter the Relay Race portion of the tournament with the ability to counter pick the matchups.