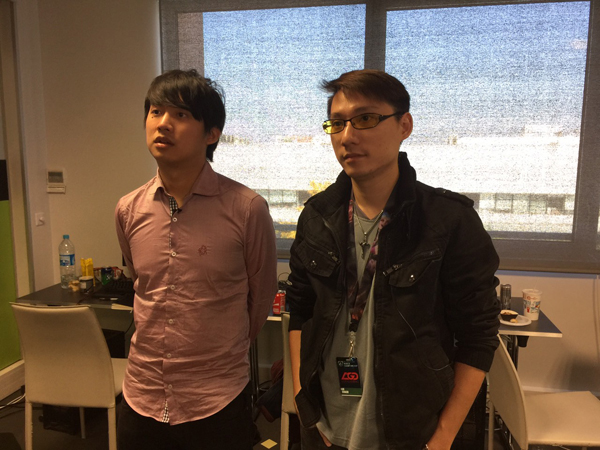 Hello to all the LMS fans. Right now, we’re two days away from the group stages. And today, we’ve invited LGD’s coach–previously on TESL–Firefox to talk to us. Why don’t you say hi to everyone?

Could you explain how you got into esports? How did this opportunity with LGD show up?

Firefox: During Season 3, I was on TESL as a coach. Because of a few factors, the team separated. I didn’t have any intentions to continue in this line of work. But after figuring some stuff out, I found out LGD had a lack of analysts and coaches. After meeting with the players and higher ups, I managed to join LGD in July as the coach/analyst. Later on, a real coach showed up, but this coach didn’t stay long before leaving. In August, I became the official coach.

You’ve lived in Taiwan and China–what are some of the differences in the environment?

Firefox: To put it simply, there are more resources for competitive teams in China. That’s why they improve so quickly. Also, China is really ahead when it comes to how they structure things. There are three tiers to enter the LPL–the professional league. Through this kind of system, you can find a lot of talented players. It’s not that I think Taiwan has a lack of talent–but they lack a stage for them to prove themselves. I believe Taiwan definitely has a lot of great players. They just haven’t been found yet.

Have you paid attention to the LMS? What do you think of ahq and FW?

Firefox: In such an important competition, I’ve paid attention to all 15 teams, including the Wild Cards. I’m not afraid of the number of teams–I’m afraid of “what if” scenarios. What if I didn’t prepare enough?

For these two teams, I think they’re almost similar. Ahq depends on individual skills, and they like to start team fights in the early game. After gaining a small advantage, they start gathering as much gold and resources as they can. They’ve been learning from EDG lately, and as a result, they’ve been getting stronger in this area.

The Flash Wolves, on the other hand, is a very steady team. Their biggest problem was communicating with their Korean player. But from what we’ve seen, their performances have been pretty okay. They have some problems setting the pace of the game, and their understanding of it isn’t that precise. Sometimes, it looks like they don’t know what to do at certain points in the game–they look confused. But this is just my perspective as an outsider. If it really becomes a problem, only their team can solve it. Both ahq and FW have a chance to make it to the top 8, and their chance is pretty big–but the most important thing is to perform on the day they play.

Which player in the LMS has the most potential?

Firefox: Of the players in ahq and FW, I think it’d be Mountain. He’s a player that strategizes a lot, and he’s also a player that lanes really well. He’s definitely a player that needs to seize the leadership position more. This way, he can perform better. Right now, ahq is the team that’s best suited for him to grow as a player.

Before 5.17, I thought Ziv’s Teleports were excellent. But on 5.18 and afterwards, carry champions have become a lot stronger–and so have invade strategies. But his understanding of TP timings and when to help out is really strong.

For SwordArt, he went from being a mid laner to becoming a support. His adaptation to the new role has been so quick. And when playing in Korean solo-queue, he’s able to keep an incredibly high ranking–it’s really not easy. His concept of teamwork is really good–and all in all, I think he’s an incredibly strong player.

Any predictions for which teams will come out of the group stages?