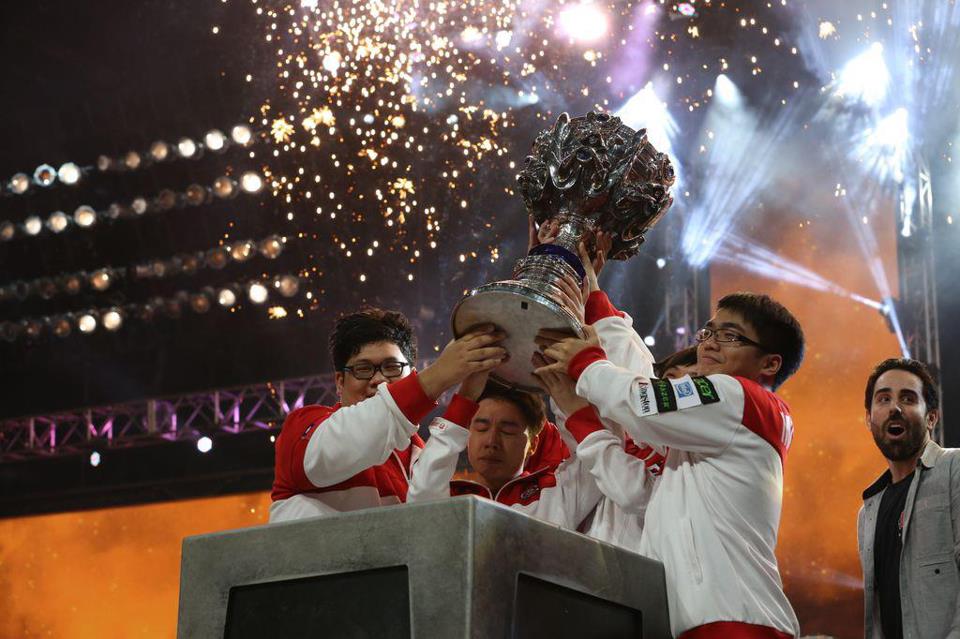 The final game an LMS team played was a near-meaningless rout on the 2019 World Championship stage. Damwon Gaming had already secured their spot in the tournament’s knockout round and a victory over the LMS’ hapless ahq Esports Club only meant that they’d avoid a tiebreaker for first in their group.

The final meaningful game an LMS team played was also a stomp, with the LPL’s first seed FunPlus Phoenix crushing J Team en route to securing first in their group earlier in the tournament. With that loss, J Team were eliminated from the tournament.

After the game, a Taiwanese caster broke down in tears, and he probably wasn’t the only one. J Team’s loss at Worlds represented more than just the end of their championship dreams—it was the end of the magic that had brought an underserved, underpopulated region to greatness.

Rise of the Assassins

I started watching professional League of Legends during the Season Two World Championship. I was just a 12-year-old kid who played League only because some of my friends did. As a Taiwanese-American who wanted to connect more with my culture, I only tuned in to Worlds because I had heard a Taiwanese team would be attending.

Of course, I didn’t expect them to do well. The European powerhouse Moscow 5, featuring legendary players like Alexey “Alex Ich” Ichetovkin and Danil “Diamondprox” Reshetnikov, was expected to cruise through the tournament—they had never dropped a single game to an international team. Two star-studded Korean squads were also expected to make waves. Najin Sword boasted Yoon “MakNooN” Ha-woon in the top lane and Kim “PraY” Jong-in in the bot lane, while their country-mates Azubu Frost featured legendary support Hong “MadLife” Min-gi. Compared to them, the Taipei Assassins were nobodies.

Despite their underdog status, the Taipei Assassins blazed a path to the finals for a showdown with Azubu Frost. Despite dropping the first game, TPA handed a Korean squad their first (and only) finals loss to a non-Korean team. The win meant a lot to Taiwanese fans. It gave Taiwan, a region often split by internal politics, a reason to unite.

It’s not a stretch to call that win the greatest esports moment in Taiwanese history. The other is Chen “tom60229” Wei Lin winning the 2017 Hearthstone World Championship. But even in 2012, League had more pull as an esport than Hearthstone has ever had.

Thousands of miles away from Taiwan, I was hooked. Toyz was the reason I started playing champions like Anivia and Orianna. I found a lasting love for League because of the Taipei Assassins, and I’m sure many others feel the same way. They were more than just a team. TPA held the hopes and dreams of an entire region on their backs and brought them all the way to the finish line.

No other Taiwanese team has been able to replicate the 2012 Taipei Assassins’ historic run through Worlds. Even TPA couldn’t last. Following their win, the team broke up. Without TPA, the face of Taiwanese League vanished.

To make matters worse, back in their domestic league, Taiwanese teams faced little to no competition. In the Garena Pro League, longtime organizations like AHQ and TPA were up against teams from emerging regions, like Singapore and Vietnam, that had even less infrastructure in place.

The results of a weak region and a lack of identity were obvious on the international stage. At the Season Three World Championship, the Taiwanese representatives played two entire games before heading home.

In 2014, the story was worse. Neither GPL squad made it past the group stage. The magic of 2012 was gone and it was replaced by a sense of disillusionment with Taiwanese League.

Era of the Flash Wolves

At Worlds that year, the LMS announced its arrival with a bang. In groups, the Flash Wolves upset both North American squad CLG and Korean powerhouses KOO Tigers to take the first seed, earning the title of “Korean killers.” As for AHQ, they placed second, denying North American team Cloud9 a quarterfinal berth after beating them in a tiebreaker.

From that point on, Flash Wolves became synonymous with Taiwanese League. While AHQ historically had more success, no one could match the Wolves, who rattled off seven straight domestic titles. During that run, they dropped a single game in the finals—no team anywhere has been as dominant domestically as the Flash Wolves.

Yet, at international tournaments, they failed to perform. The last time the team made it past the group stage at Worlds was their first appearance in 2015 and they failed to even qualify for the tournament this year.

The story was the same each year. During the first half of the round robin, the Flash Wolves were invincible, and I’d rave about how it was finally time for the LMS to become a top region again. Then, in the second half, they’d fail to adapt as other teams improved, and be left behind.

To be a fan of the LMS was to live and die by the Flash Wolves, and while it was obvious that the spirit of TPA remained, the Flash Wolves just couldn’t muster the same level of success as their predecessors. Eventually, even the team’s players grew tired of their yearly shortcomings, leaving one by one to play for stronger teams in China’s LPL.

Due to poor showings by the LMS representatives year after year, whispers of the region’s disbandment swirled. LMS teams lived through the noise, knowing that each year on the Worlds stage could be their last. Earlier this year, the rumors were stronger than ever and finally came true to deal a devastating blow to the region and its supporters.

Prior to Worlds 2019, Riot and Garena announced the LMS was merging with the Southeast Asia region following the tournament. This Worlds became a last hurrah for the LMS, a region that had been dying for years. It was also a final shot at redemption.

While all three LMS seeds competed in the main event, it was clear that one team held the best shot at making it to the knockout stage: J Team.

Taiwanese pop sensation Jay Chou purchased the Taipei Assassins in 2016, renaming the squad J Team. After the fall of the Flash Wolves, J Team rose to the top, finishing the regular season undefeated.

J Team were lucky, drawn into one of the weakest groups imaginable at Worlds. They took immediate advantage of their good luck. They beat both FunPlus Phoenix and Splyce in quick succession. They went on to end the first half of the round robin tied for first, the closest the LMS had been to the knockout stage in years. Once again, it felt like the Taiwan underdogs were standing up and punching above their weight class, defying all expectations.

In a heartbreaking turn of events, J Team missed out on making it out of groups by a single game. It felt like the last bastion of hope for the LMS had fallen.

The second and third seed LMS squads have failed to win a single game at Worlds for two straight years. And no LMS team has advanced to the quarterfinals since 2015. Yet, for all the losing its teams have done, the LMS remains a symbol of hope. The magic of the Taipei Assassins is still in the air, just less so than before.

Losing the LMS means more than getting rid of an underperforming region. It means the loss of almost a decade’s worth of history. It sends a message to the underdogs of the world that success isn’t possible—if you’re not constantly performing, then you’re nothing. But that’s the opposite of what the LMS has stood for. Starting with the Taipei Assassins, Taiwanese teams have proved time and time again that miracles do happen. Now, it’ll take more than a miracle to reforge the once-dominant LMS.