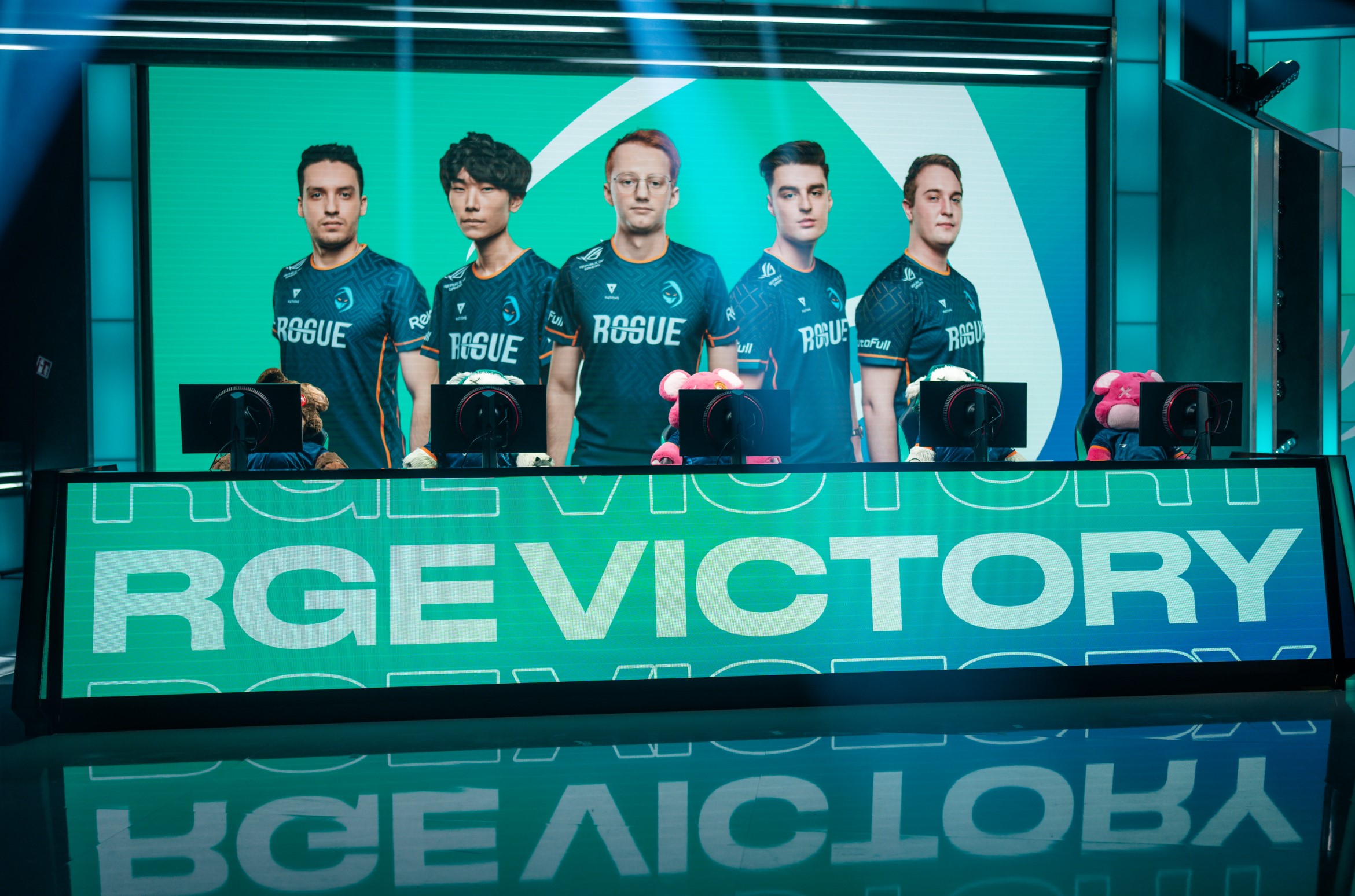 The LEC is already a third of the way through its 2022 Spring Split with the league’s 10 teams having played six of the 18 games on their schedules. Just two games separate second place from eighth in the LEC, meaning that one week of matches could completely flip the league on its head. Seven of the 10 teams in the LEC moved up or down our rankings in comparison to last week, implying that the league is carefully toeing the line between highly competitive and incredibly unstable.

And now, with the mid-section of the Spring Split about to get underway and the playoff race truly set to be kicked into high gear, the teams of the LEC are on the cusp of the heaviest, most impactful section of the split’s schedule. The turnover period between the first and second round robin is traditionally when contenders are separated from fringe candidates, and with the LEC already being so hotly contested, the next few weeks will undoubtedly be important in regard to playoff implications.

With that in mind, we asked our League writers to rank the teams of the LEC a third of the way through the Spring Split. Here are our LEC power rankings after three weeks of play in 2022.

Sometimes, the sun sets early for teams in competitive play. For Astralis and SK Gaming, dusk is rapidly approaching after yet another winless weekend.

We’ve seen teams rise from such unfavorable positions before, à la Schalke 04’s miracle run from 2020. But an incredible win streak like that is an outlier in a league where most teams that start their season at the bottom also end it there. From a lack of cohesion between teammates to unfortunate decision making and plain bad luck, both rosters are headed for a disastrous Spring Split—unless changes are made soon.

Funnily enough, one of these teams will end with at least one win under their belt since they’re facing off against each other to start off this week of games. It’s doubtful that a victory here will kickstart any hope in either of these teams for LEC fans, but maybe the winner can find some momentum to push for a better record in the second half of the spring.

Both BDS and Excel are making early-season moves to push toward the playoffs, and right now, the two teams are tied for the LEC’s sixth and final playoff spot a third of the way through the Spring Split. While BDS continues to develop its core of up-and-comers and second-chancers with their sights set on the chance to compete in big games, Excel made the conscious decision to bolster its roster for the immediate future by adding former G2 Esports support Mikyx to the lineup.

Although the vertical move boosted Excel’s lineup on paper, the team only won one of two games with its newly added superstar last weekend. Coming up next, matchups against the league’s top two teams in Rogue and Fnatic should test whether Excel has enough chemistry with Mikyx to make a mid-split push toward the playoff berth that the team’s front office clearly desires.

In need of a boost: Team Vitality, Misfits

With each passing week, Vitality look more and more distanced from that 0-3 week and taught us that talent prevails, especially in best-of-one scenarios. Every member of Vitality has looked rejuvenated, especially (and most importantly) Perkz. That Akshan game in week one will live on in infamy, but with the way things are clicking for this team right now, he could probably pilot Teemo in the mid lane and have it work out fine. Alphari continues to be a monstrous laner even if he hasn’t done enough to quell the doubts about his ability to transition those leads into carry performances just yet. Is it one of the symptoms of the “too many cooks in the kitchen” scenario many were dreading for this team? It’s tough to say because Vitality will never have to be overly reliant on any one member of its team to show up—and that is never a bad thing.

That can’t be said with as much confidence about Misfits, however. Vetheo has arrived. If there was a Most Improved Player award in the LEC, it’d be between him and Rogue ADC Comp right now. His champion pool stays diverse and he has carry potential in every single game. Last week, on an off-meta Cassiopeia pick, Caps smacked him around and G2 absolutely dominated the early game. But every Misfits player stayed cool and the carries came out to play with the kind of cohesion that’s a product of time and trust, and the gutsy individual moments that you just can’t teach to force that game down to the wire. Misfits will be at minimum fighting for a playoff spot come the last week of the season.

Two of the most established and popular teams in Europe are MAD Lions and G2 Esports. The former entered 2022 as the title holders of the LEC, while the latter was the team who held onto Europe’s crown the longest by winning four consecutive splits twice. But this new season has proved to be tougher than perhaps these two teams anticipated.

Despite a bumpy start to the Spring Split, both MAD Lions and G2 pushed themselves to the top half of the rankings just a week before the turning point in the competition. In a head-to-head clash between the two, it was MAD Lions who came out on top after just 26 minutes. But at the moment, it’s G2 who are one spot higher than MAD in the standings, remaining in second place alongside rivals Fnatic.

This week, there will be two crucial matches that could reverse the situation for both teams. If MAD Lions defeat Fnatic, they’ll be on equal footing with G2. And in the event they get another victory the following day, they could overtake them.

If G2 were to achieve two consecutive victories, however, they’d cement themselves toward the top of the standings. But their decisive clash will take place on Saturday, Feb. 5, against the undefeated Rogue. The path to the crown is still long and no one should turn their attention away from these two teams that have previously proven how quickly they can dash toward their goal and seize it.

It was only a matter of time before Rogue and Fnatic fought to prove who the best team in the LEC is. Both teams entered the second week of the 2022 LEC Spring Split undefeated, having bested some of the greatest and up-and-coming talent in the region. Now, following their bout in week three, only Rogue retain that undefeated status at the top of the league.

Within the first 10 minutes of the game, Rogue made it clear that they were offering Fnatic little hope at the top spot of the LEC. The Rogue squad rounded out the game with five times the number of kills and three times the amount of turrets as their opponents. And much of that gold was funneled directly into Rogue’s untouchable jungler, Malrang.

Though Rogue continued their winning streak after securing sole control of first place, Fnatic seemed to lose momentum against their other rivals in G2, failing to end a close game. Fnatic and G2 now maintain a tie for second place, while Rogue sit alone at the top waiting for any other team in the LEC to knock them down.