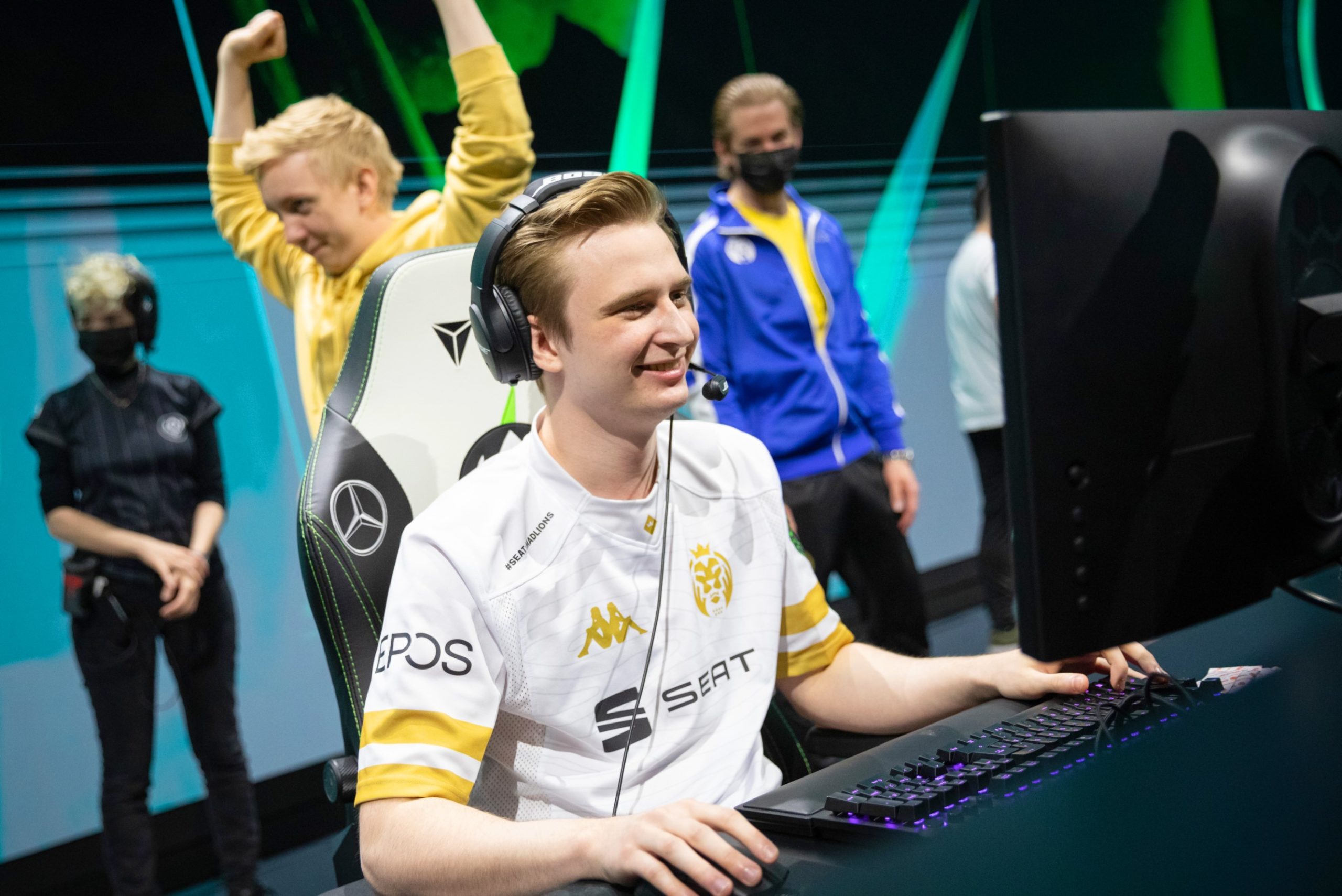 The LEC shifted pretty heavily after week one of the 2021 Summer Split, with several teams rising from the dust to post shocking records. Misfits and Astralis surprisingly dominated the conversation during the split’s first week, while the recently-established triple threat of MAD Lions, G2 Esports, and Rogue quietly stewed in the background, all finishing with respectable winning records on the week.

But there are eight more weeks on the board for the LEC and it’d be downright foolish to prematurely judge the landscape of the region after just three games. Still, the standings are moving and so are our power rankings.

Here’s how our rankings stand after the first week of play in the 2021 LEC Summer Split.

Excel being in this section of our power rankings isn’t that surprising. This organization has never quite been able to stick the landing at the beginning of the season and the 2021 Summer Split has been no exception to that rule so far. Their performance can’t exactly be called shaky or sloppy or uncoordinated, though. Their problem is more that they never even seem to get started in their games. They have the lowest total of deaths in the league, according to Oracle’s Elixir, and also the lowest number of kills. Their games are bloodless but not in the methodical, zero-kill but with every tower on the map taken style associated with the heyday of the LCK.

Excel also have the shortest average game time in the LEC, according to Oracle’s Elixir, an average largely brought down by two 25-minute, one-sided stomps. Excel are going to need some proactivity, and find it fast, if they want to hone in on that playoff spot that’s eluded them for so long.

SK, on the other hand, are in a different boat. Their games are, on average, the longest in the LEC, according to Oracle’s Elixir. Every single loss could, at one point in the game, have been a victory—something that can’t be said for the team they share this tier with (sorry, Excel). SK’s problem come in their execution around major objectives, something that can fairly easily be explained by the fact that their jungler is off-role and their support hasn’t played consistently in the LEC since 2017. Their current record looks a little grim, but if SK can clean up their teamfighting, the bones of the roster are still strong.

Most European League of Legends fans expected Schalke 04 to regress this split after losing their prized mid-jungle duo in Abbedagge and Gilius—and a 1-2 opening week record didn’t necessarily inspire much to alter their placement in the rankings.

But Fnatic and Vitality saw their ranks change extensively this past weekend, largely thanks to the overachieving performances of Misfits and Astralis but also due to poor opening week performances of their own. Vitality, in particular, came in as the pre-split sweethearts only to drop two of their first three games last weekend. If Vitality are going to sneak away with a Worlds berth later this year, they’ll have to beat their main competitors—namely teams like Rogue and Misfits, both of whom Vitality lost to in week one.

The same goes for Fnatic, who will need to learn how to close out big leads (like the one it had against Misfits last week) if they want to steal a shot at Worlds contention away from teams like Vitality, Rogue, and others.

Thankfully, we won’t have to wait long until these two teams find themselves at each other’s throats. The midsection of the LEC could be decided by an early-split matchup between Fnatic and Vitality today. Expect that game to feature a fierce battle in the jungle between former teammates Selfmade and Bwipo trying to settle into new situations of their own. Selfmade is finding himself tasked with turning around a newly formed roster, while Bwipo is still settling into an entirely new role after playing his full career in the top lane position.

Surprise of the summer?: Misfits, Astralis

Misfits and Astralis probably weren’t two names that you were expecting so high up in the regular season standings after week one, but both teams performed well enough to have them standing taller than many of the competition. The biggest question, though, is which team of the two can maintain their form as we head into the rest of the first half of the season?

On one hand, Misfits’ roster has always had a ton of potential due to their youth and explosiveness but just lacked consistency due to inexperience. Their mid laner Vetheo stayed aggressive on picks like Akali and Viktor in week one and leads the league with 22 kills and only two deaths, according to Oracle’s Elixir.

Razork also had his hand in a lot of the team’s success, leading all LEC players with an 83.7 percent kill participation percentage. Even though their 3-0 start was impressive, they did face off against three teams that recently made big roster switches. As a result, their game against Rogue will be their first true test against a bonafide championship contender. If they can perform just as well against one of EU’s best, then we can start to place more trust in the Misfits.

When looking at Astralis, however, this team might be punching well above their weight at the moment. The team’s strength of schedule was pretty favorable for them in week one and almost each player had a significantly bad early game through the first week. They might have taken down Excel and SK, but they’ll be facing off against the G2 war machine this week. Unless they shock the world, we’ll probably see this squad quickly fall back down to Earth through weeks two and three.

The LEC’s top three teams on paper all finished with 2-1 records after the first week of play. And while MAD Lions, Rogue, and G2 Esports are all tied for second place right now, it shouldn’t be long until the league balances itself out and these three contenders shuffle back toward the very top.

This week, G2 and Rogue will face off in another matchup between the league’s top three, setting up a potential shift in the standings. While those two teams beat up on each other, though, MAD Lions could take the opportunity to be back on top of the league pretty quickly. This week, the team has two grooved-down-the-middle matchups against Excel and Schalke 04—games that the defending champions should win by a mile.

Last week, G2 managed to win the first head-to-head matchup between the three teams that many fans assume will clinch the LEC’s three Worlds berths. But with teams like Misfits, Vitality, and Fnatic expected to breathe down the top three’s necks all split long, G2, Rogue, and MAD Lions will most certainly need to watch their backs. No road to the finish line is going to be easy, especially if last week’s games are going to be used as an indicator.