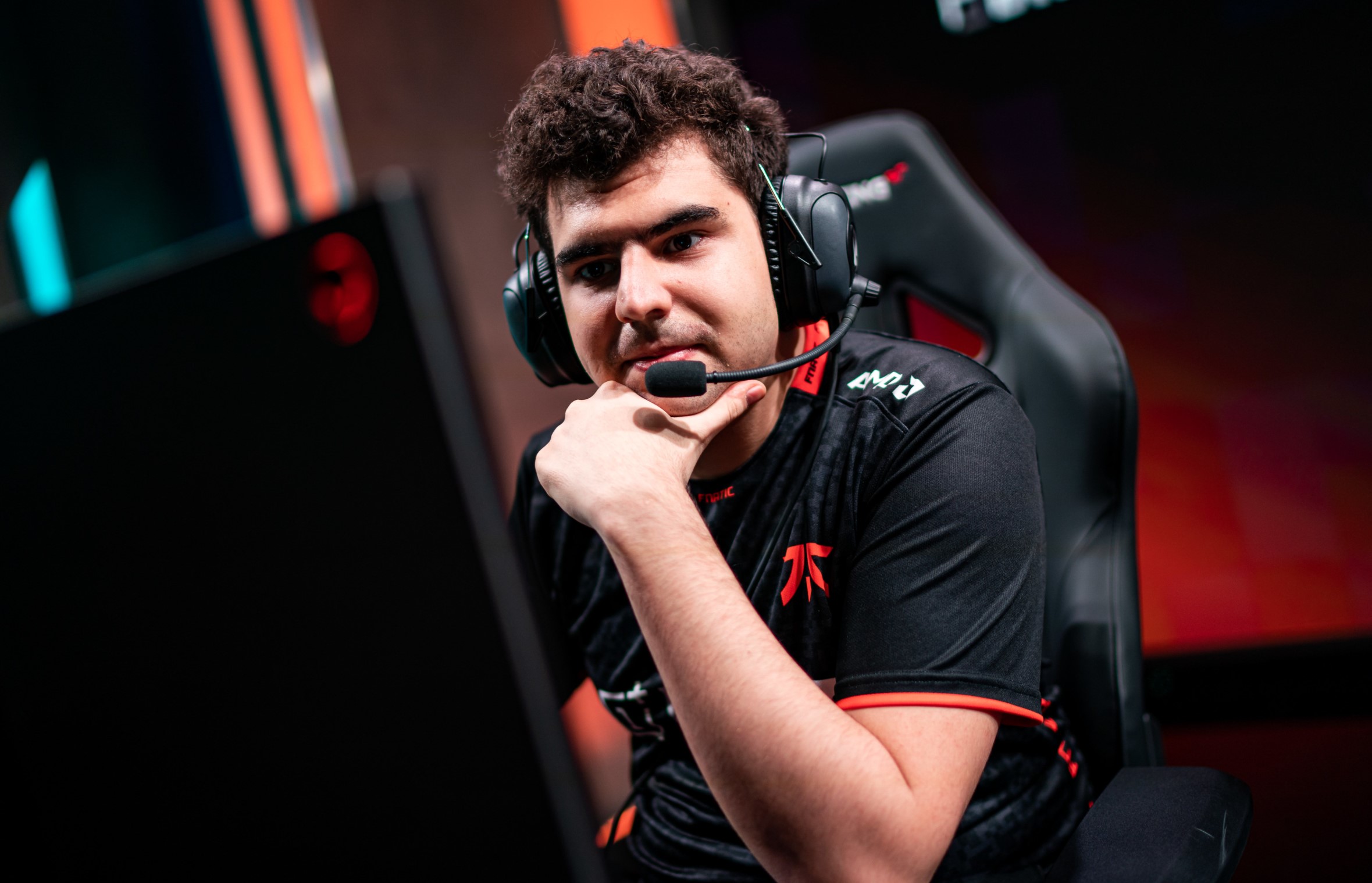 The LEC regular season is finally coming to a close. This weekend, each team in the European league will take part in one final installment of a “superweek” before the postseason kicks off and the race to the 2021 League of Legends World Championship heats up more than it already has.

The top five teams in the LEC have already confirmed their spots in the playoffs, but one berth still remains. Plus, no team has officially locked in their playoff seed, so we could potentially see the league shuffle itself around one last time before we put a pin in the regular season for good. If anything, consistent shuffling in the LEC standings has been a major theme of the 2021 season, and it’s been reflected in our power rankings, as well. This week alone, six of the 10 teams in the league shifted positions in comparison to last week, and the majority of the league can’t seem to settle down and decide on the kind of team they want to be.

With just one week left to play in the season, here are our final LEC power rankings of the 2021 season.

One of these teams is in the hunt for a playoff spot, while the other has been mathematically knocked out of the race altogether. Shockingly, it’s actually SK Gaming who have kept their season alive by winning four games over the last three weeks after losing eight of their first nine to open the split.

After a grueling beginning to the summer, SK finally seem to be hitting their stride. Granted, they’ll most likely have to win all three of their games this weekend to have a chance at the playoffs, but the team is still finding ways to win as the season comes to a close. Those wins, in turn, could propel SK into the postseason. Unlike last split, where SK collapsed and lost six consecutive games to close out the spring, the team is actually gaining a bit of momentum at the end of the summer and is currently in the thick of a race for the final LEC playoff berth. Whether that’s a testament to SK’s strengths or the weakness of the bottom half of the LEC, though, remains to be seen.

If there’s any game to keep an eye on this weekend, it’s the matchup between Astralis and SK on Friday. Astralis hold a one-game lead over SK in the standings, so if SK find another win, they could potentially find themselves tied for a playoff berth heading into the final two days of the regular season.

Astralis look like the team best-equipped, especially on current form, to clinch that final playoff spot. Give credit where credit is due: Magifelix has come into his own, and his notorious “never give up… ever” attitude has been a big part of their recent trajectory to the playoffs. On paper, this roster is middling and has indeed settled firmly into a gatekeeper role coming into the superweek. They have a combined 0-8 record in their games vs. Fnatic, Rogue, G2, and MAD Lions and are 1-1 vs. Misfits but otherwise are undefeated. In practice, this team is more than the sum of its parts, and from what this power ranker can see, the good vibes on the team are a huge reason for that. They’ll likely be bounced in the first round in convincing fashion but control their own destiny this week with games against SK, Excel, and Vitality. Given the favorable head-to-head records against those direct competitors for that last playoff spot, it’s “win and you’re in.”

On paper, however, Vitality, not Astralis, have the sixth-place roster, and the aspirations for it were definitely higher coming into the split. The vibes are indeterminate on this squad, but coming off four straight losses while on a collision course with a superweek in which they’re fighting for their lives is—to put it plainly—not great. From an entertainment and potential upset perspective, Vitality are the more deserving playoff team. Their early games are electric, and Selfmade and Lider are still, as advertised, a ton of fun to watch. But their match against Excel last week felt like a microcosm of their quintessential highs and lows; they built up early leads thanks to their mid-jungle duo, and then threw it all away in the mid game thanks to their mid-jungle duo looking like they’re on a different page from the rest of the squad.

If you’re a fan of the “rookies are taking over the LEC, down with the old guard, etc.” narrative, might we recommend Excel as your team to root for a miracle run from? The scheduling gods have not shown Excel favor this week, instead truly putting the “miracle” in miracle run. Their most important match by far is a Saturday bout against Astralis, but encounters with Rogue and G2 sandwich that game. The only consolation is that both of those teams have already clinched playoffs and aren’t worried about seeding as they’ve both shown they can win any number of best-of-fives thrown at them. Maybe Excel can catch them on a day in which they’re experimenting.

G2 Esports and Misfits have been swapping positions between the four and five spots in our power rankings for the better part of the last few weeks—just as they have in the LEC standings. And now, with just one week left to play on the season, it’s hard to believe they won’t finish in some combination of fourth and fifth. Ever since MAD Lions, Fnatic, and Rogue established themselves as the top three teams in the LEC, G2 and Misfits have been trying to crack the ceiling to no avail.

This weekend, both teams have a shot at breaking up the party at the top of the league, as the regular season standings could be shaken up by two of the league’s most unpredictable teams right before the Summer Split’s closing bell. G2 arguably have the more favorable schedule this weekend, considering they play Schalke 04 and Excel to close out the season, while Misfits have to go up against MAD Lions and Fnatic as part of their superweek slate. Still, if Misfits are going to show they’re a top team in the LEC this weekend, those two matches must be chalked up in the win column. You need to beat the top teams to be considered a top team, right?

Currently, Misfits hold a one-game lead over G2 in the standings. But if G2 can extend their current winning streak and compile much-needed victories against teams they should beat, they should have no problem surpassing Misfits before the season comes to a close. G2 and Misfits split the series with each other this summer, with each team taking one game. With that in mind, if they do end up tied in the standings once this week ends, a tiebreaker game would be in order—most likely to settle who gets fourth place and who ends up fifth.

The summit of the LEC hasn’t been this contested in many seasons, with at least five teams jockeying for position at the top of the hill this summer. It should, however, make for an exciting playoff race.

Heading into the final weekend, Rogue have maintained their spot upon the power rankings throne, even though they dropped a game against MAD Lions. The team has still been one of the most consistent teams in the region, having only lost four games in a season where many other top-tier rosters have dropped questionable games against lower-seeded teams.

This team still has an outrageous average 2,559 gold difference at 15 minutes, according to Oracle’s Elixir, which stems from great early-game objective control. They have the highest Rift Herald control rate in the league and an 83 percent first-to-three-towers rate as well. But their dragon and Baron control rates could use some work before playoffs, since that’s one of the biggest ways their competition can close the gold gap.

MAD Lions, on the other hand, have finally shaken off the MSI hangover that plagued them in the beginning of the split. The team has found its groove at the right time, especially with their mid-to-late game teamfighting, which has been their most effective tool in their rise to the top of the LEC. Look for Humanoid and Carzzy to continue flexing their muscles for the defending champions, with both young stars in the top three for average damage per minute in the league, according to Oracle’s.

Fnatic fans have no reason to fear, even after an 0-2 week against SK and Rogue. Consistency is the key after establishing themselves as the most energetic roster in the league. The boys in orange currently lead the league in kills and have the bloodiest games of any team in LEC with the highest average combined kills per minute. Although they play with heavy aggression, that can also be a double-edged sword. If things get too messy, Fnatic could easily throw a game that should have been in the bag.