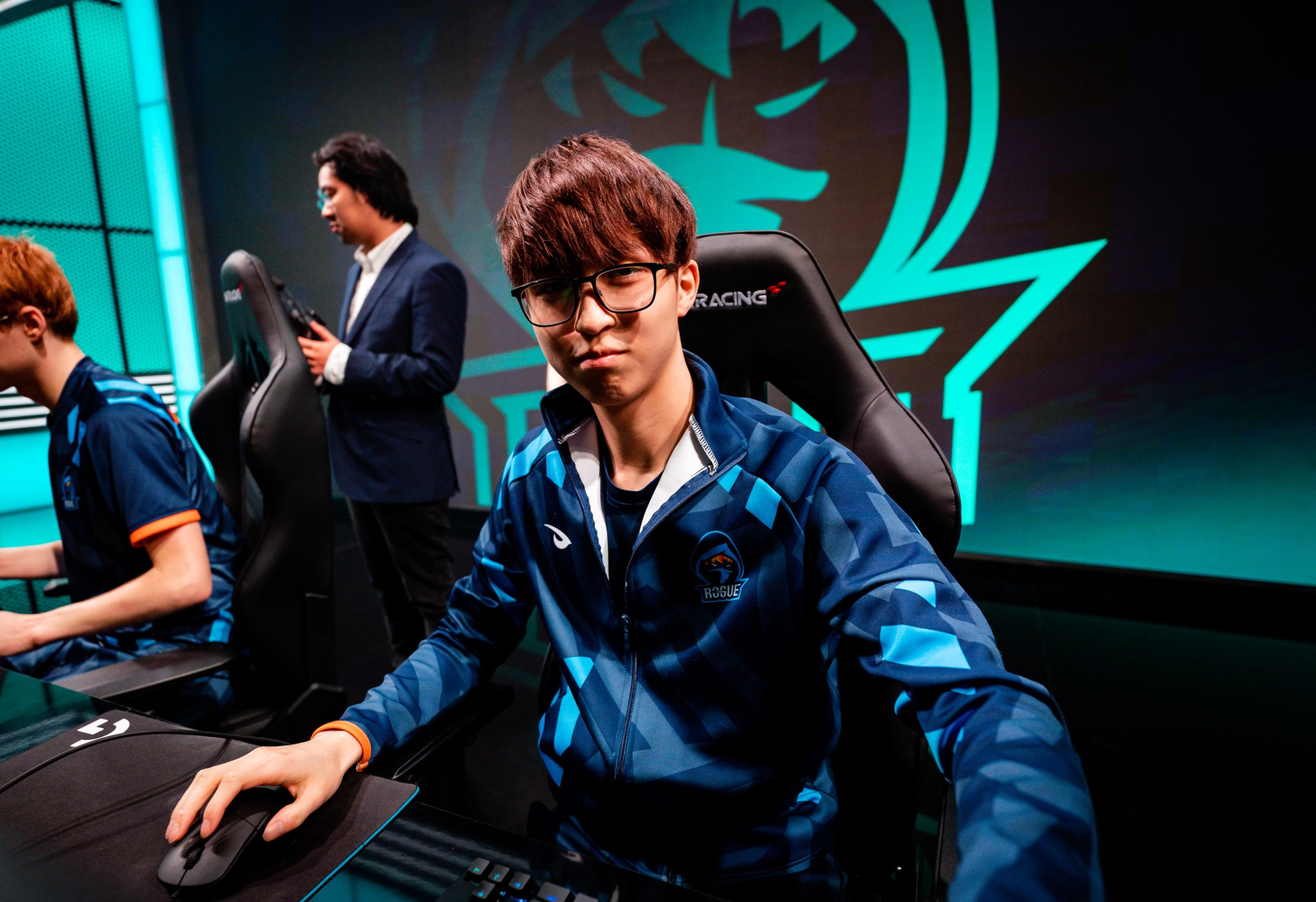 After a wild opening week to the 2021 LEC Summer Split, the league is starting to stabilize. The teams that we thought would rise to the top did so in week two, while several back-end contenders are still making moves.

The LEC is showing early signs of stability in comparison to other leagues around the world, as just two teams swapped spots in our power rankings between weeks one and two. Still, the league is expected to shift and mold itself throughout the summer, as the next seven weeks are surely going to play host to plenty of twists and turns in the standings. With that in mind, here are our LEC power rankings heading into the third week of play in the 2021 Summer Split.

Things aren’t looking too great for Excel and SK. It only took two weeks for SK to take Jesiz out of the support role and bring in SK Prime support Lillip from the Prime League. In SK’s initial statement, the org highlighted it was bringing Jesiz onto the roster to avoid relying on ERL talent. But now, it looks as though ERL talent is their only option to pull away from their 0-5 start.

SK’s games haven’t just been stomps. That’s possibly what makes their win record so heartbreaking. In almost every game, there have been moments where a better SK has been on display. Jesiz looked understandably shaky for someone who hasn’t played in the LEC since 2017, but there are issues that run deeper than a simple change of support will fix. The team will need to work on their confidence and decisiveness around major objectives if they want to start adding to the win column for Summer 2021.

Purely looking at the standings, Excel’s situation looks a little less dire. They’ve managed to pick up two wins in the opening two weeks, but those wins have hardly been convincing and their losses have been among the most one-sided games of the split so far. Their kills and deaths per game remain at a low average of 9.8 and 10.6, respectively, according to Games of Legends, and they continue to struggle with being proactive across the map. Nukeduck has had some standout moments, and boasts some of the highest damage numbers of all the LEC’s mid laners, but he’ll need to do more than just teamfight well for Excel to move up in the standings.

It’s hard to be super high on Astralis given their history, but they had a good week despite the two losses. The game against G2 was an excellent showing, and Jeskla deserves a shoutout for playing well on Karthus in the bottom lane, especially with mages coming back into the meta and jungle-mid shifting to a AP-AD breakdown. Zanarah played well on Rumble and was all over the map, playing aggressive against the best team in the region and making a game out of it. Their game against Misfits left a bit more to be desired, but the ceiling was raised for Astralis. The rest of the split will be about consistently hitting it.

If Astralis overperformed, Vitality have been underperforming. New rosters always take some time to gel, and Vitality have not yet done that. Losses to Rogue and Misfits are acceptable, but there was more bad than good in those. The good, however, has been the individual pieces, as promised. Selfmade and Labrov continue to be very good, and that was the promise on which the success of this team was made, so there’s reason to be optimistic. Additionally, first through ninth are separated by two games, so there’s no need to totally panic yet.

Schalke 04 land in eighth in this week’s power rankings, but their win over G2 might be the only thing keeping them this high. Another team gutted by lack of roster synergy, the mid-jungle of S04 is completely fresh, and are looking the part more often than not. That being said, in Schalke’s two wins, NUCLEARINT was the team’s best player, so again, the ceiling is high for S04.

Maybe they’re here to stay after all: Misfits, Fnatic

After a couple of weeks of uncertainty, Fnatic has shown that a change of pace may have been all they needed to get back to their winning ways. They currently have the second-best early game in the LEC with a 1,928 average gold difference at 15 minutes, while also rocking the second-most kills in the league, according to Oracle’s Elixir. The team’s rookie top laner Adam is still trying to find his full stride into the big leagues, but the 19-year old has already shown that he’s willing to try out a plethora of champions—like Olaf, Wukong, and Viego—and can step up in teamfights when needed.

Bwipo has also looked relatively comfortable in his new role in the jungle, with a 75 percent kill participation percentage and the highest average damage to champions in his role. His playstyle is a great fit for the jungle, and as long as he’s able to bulk up his champion pool and find what he’s comfortable with, then the sky’s the limit for this new top side duo.

Misfits has also been one of the more surprising developments of the season so far, as they’ve shown a solid amount of consistency and cohesion through the first five games of the split. Even in their loss against Rogue, they kept up with a bonafide championship contender, showing off great teamfighting and coordination in the face of high pressure situations.

If they can continue to maintain this trajectory into the top of the league, we could see Misfits slowly become a dark horse challenger once the playoffs rolls around.

Order has been restored to the LEC, as G2 Esports reclaimed first place in the league last weekend. The wire-to-wire run from Misfits was fun for a few days, but it appears that the region’s strongest team on paper is back with a vengeance.

G2 is playing with fire through five games thus far, as the team looks more coordinated and precise in its gameplay than it has at any point this season. Perhaps a major factor in G2’s surge has been the addition of Nelson Sng to the coaching staff. The former LNG Esports coach has brought a significant style to the team that it desperately needed after failing to claim its first LEC title in over two years last split.

Since Nelson’s arrival to the team as its “Strategic Coach”, G2’s early-game activity has improved significantly. The team has doubled its average gold differential at 15 minutes from 201 to 430 since the start of the Summer Split, while the team’s kills per game has jumped from 15 to 19 in between the two splits, according to League stats site Games of Legends.

As a result, G2 is closing games faster, shaving two full minutes off their average game time between spring and summer. Whatever’s going on in the G2 camp appears to be working, as the longtime rulers of the European scene are on pace to jump right back to the top of the LEC.

As far as MAD Lions and Rogue go, it’s hard to imagine that these three teams won’t hang around the top three of the LEC standings throughout the Summer Split. MAD Lions in particular, though, will need to shape up this week, as a 3-2 record, while serviceable, isn’t what the defending champions had in mind coming into the Summer Split. Last week’s loss against Excel should go down as a blip on the radar, and MAD Lions will need to win both of its games this week to ensure that it does. Matches against Team Vitality and SK Gaming should go down as automatic wins for the Lions, but if they don’t, it may be time to start sounding a few alarms. It’s a soft week for MAD, so they need to take as much advantage as possible.