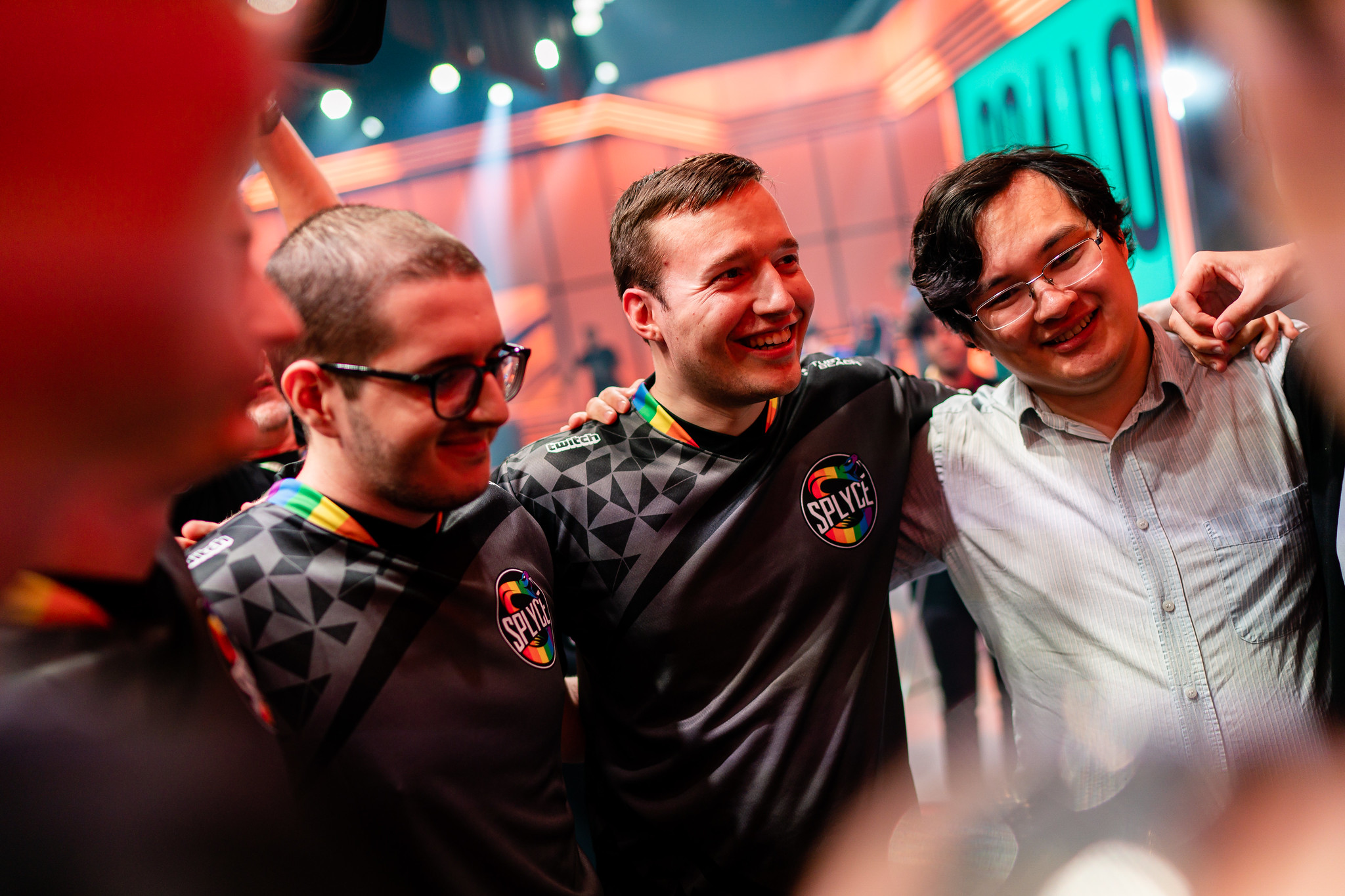 Things are starting to get really interesting at the top of the LEC table. Sure, there are a lot of teams vying for playoff spot, but our attention is firmly on the four squads with winning records: G2, FC Schalke 04, Fnatic, and Splyce.

Of those four, Splyce is having the best run of late. They won both games last week again and have a stretch of opponents coming which they should be heavy favorites against. It all sets up for a dramatic week nine rematch with Fnatic that could decide the second seed in the region.

Until then, we just have to make some guesses as to how the power rankings should look. And Splyce’s winning streak was enough to send them over Fnatic for the first time all split.

Here’s what happened to send Splyce to second.

For five straight weeks, Excel Esports sat at the bottom of both our power rankings and the LEC standings. Frankly we weren’t enthused with their plans heading into the Summer Split, which seemed to be short-term in nature.

But over the last few weeks, Excel has made some real strides with the roster. The bot lane of Jesper “Jeskla” Strömberg and Patryk “Mystiques” Piórkowski led them to two straight wins last week, their first ever as an organization. Does it matter that the wins were over Rogue and Misfits? Only if it fools management into thinking that more changes aren’t necessary. But if Excel continue to build around younger players, they’ll have a chance eventually down the road.

As good as the week was for Excel to jump to seventh, it also took some weak performances form Misfits, Rogue, and SK. We didn’t really expect Misfits to do much for the rest of the split after benching the entire LCS roster, and their win over Fnatic came out of nowhere. But then they lost to Excel, so they’re ranked a step behind. SK have been in a tailspin for a while, and another poor showing from Rogue, who rose as high as sixth a few weeks ago, is a terrible disappointment.

Lots could happen in the last three weeks of the split, but based on their records and the form they’ve displayed over teams at the bottom, there’s a good chance that these three teams will round out the playoff bracket. None of them had a great week six. Schalke and Vitality both beat bottom-tier teams but lost to Splyce.

Vitality’s throw against Splyce was bad, but more concerning has been the trajectory of Origen. They lost to G2 and Fnatic, two of the strongest teams in the region. But they’ve shown a total inability to adapt to the meta and have resigned to putting mid laner Erlend “Nukeduck” Holm on scaling champions like Azir to make sure they have a semblance of a late game.

This is a team that all of a sudden doesn’t do anything well. Getting some early game pressure from their best player would do a lot to fixing their issues.

All hail Splyce! Well, not really. G2 are still the class of the league and they were so confident against SK that they decided to pick Annie top and Tristana mid.

But this week’s power rankings is all about the Splyce hype train. On one hand, you can say their win over Vitality was very lucky. They fell behind by nearly 8,000 gold and ended the game still at a deficit. But sometimes you have to win messy games, and Splyce’s late game built around bot laner Kasper “Kobbe” Kobberup’s damage has been consistent all year.

With Fnatic loss to Misfits, enough voters were swayed to send Splyce to second. They still haven’t beaten G2 yet this summer, but it’s looking like the Splyce boys might make another trip to Worlds this year.