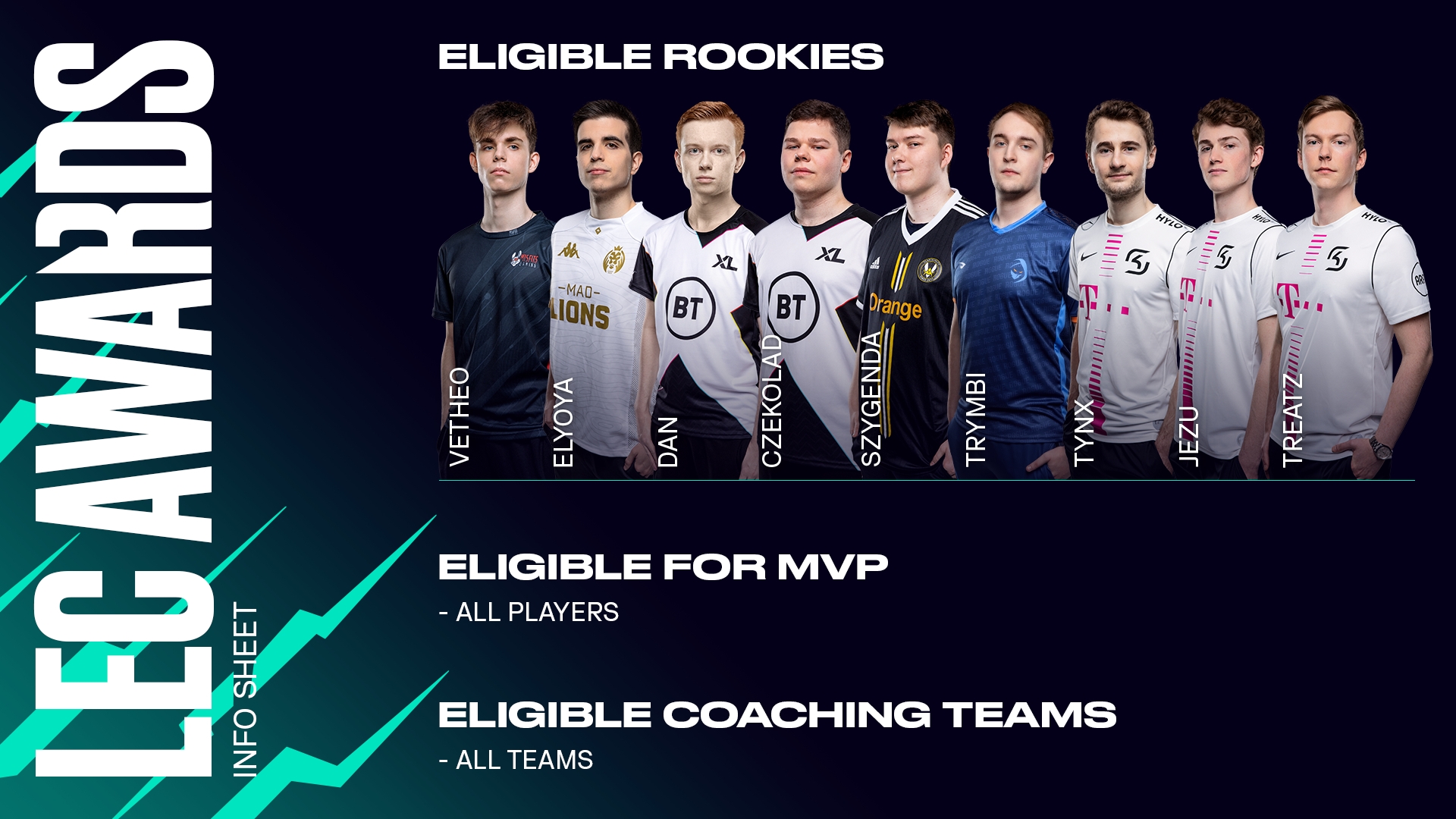 SK Gaming support Treatz will have the opportunity to win the 2021 LEC Spring Split’s Rookie of the Split award, Riot Games confirmed today.

The end of the LEC regular season draws ever closer and so does the voting period for the 2021 Spring Split awards. The awards system saw some changes at the beginning of this year, with the All-Pro Team voting opened up to the community for the first time.

The Coach of the Split award also has been altered, with the award now going to a coaching staff rather than just the head coach of a team. The MVP and Rookie of the Split awards remain the same, but there was some initial confusion over the rookie award after a post on the official LoL Esports site left many fans noting the absence of some of the LEC’s eligible rookies.

In the original infographic for Rookie of the Split, which has since been changed, fans were quick to notice the absence of both Excel’s mid laner Czekolad and Treatz. Although a member of the LEC’s video production team was quick to confirm that Czekolad’s omission was an error, Treatz’s absence took a little longer to be explained.

In a clarification to the original posting, the LEC confirmed today that Treatz will also be eligible for Rookie of the Split. The criteria for the award says that a player must have played less than 50 percent of a single regular season in a Worlds-qualifying league. And with Treatz having played only eight out of the 18 matches in the 2020 LCS Summer Split during his time on TSM, he’s eligible for the award.

Fan voting for the All-Pro team opens after the end of week eight of the 2021 LEC Spring Split. Information about how votes will be cast will be released closer to that time.