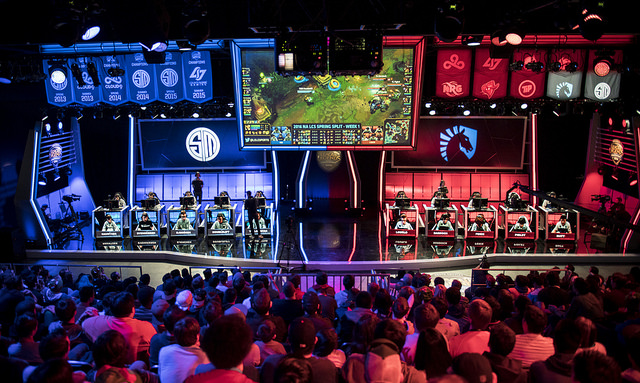 There were story lines a plenty to hype week one of LCS play both in North America and EU. In EU only one of the top 3 teams remained relatively unchanged during the offseason while the others were overhauled to the point of being almost unrecognizable. In NA the top power house teams were still predicted to be well, but for the first time in a while no one really knew if they would remain at the top of the league or be overtaken by the new kids on the block (If you want a little introduction to these teams there is some information at the beginning of this article). After the first week of LCS play we still haven’t answered most of the questions we had going into the split, but we know a little more.

Things We Learned From Week 1:

1. Immortals are going to compete

Immortals, the first venture capitalist owned LCS team, opened the split 2-0 with the most dominating victories of the weekend. Their first game over Cloud 9 was surprising to some who believed that the C9 squad would be more cohesive. Since 3 (or 4 depending on the day) of the 5 C9 players have been working together since they came into the league it was a reasonable thought, but Immortals seemed to prove these theories wrong. They finished their weekend sweep by living up to their name in the shortest game in LCS history. During the eighteen-minute game against Team Impulse they didn’t die once or give up a single tower. After week one, they are the team to be reckoned with as the rest of the league tries to adjust to the new patch and their new teams.

2. Ganked By Mom (GBM) is going to be fun to watch

NRG midlaner Lee “GBM” Chang-suk was voted the MVP of the weekend as he lead his team to a 2-0 record over Team Dignitas and Renegades. The talented midlaner is the former star from the Jin Air Green Wings of Korea’s LCK and is playing his first split in North America. The Korean Exodus, as many have called it, hasn’t worked out for most players. Last year Heo “PawN” Won-seok was unable to perform with his team at worlds after winning the summoner’s cup with Samsung White the year before. Team Liquid’s ADCChae “Piglet” Gwang-jin was unable to overcome a dysfunctional team and didn’t even make it to worlds after a strong regular season finish before a playoff collapse. This leaves huge question marks for GBM on whether he will be the next Korean Huni or the next Korean Piglet. So far, in a small sample size which includes two miracle baron steals, the former seems more likely.

I had a hard time picking my third point but after thinking about it for a while I concluded this summed up the other stories around the rest of the League. Team Solo Mid (TSM) flopped in their first game against Counter Logic Gaming (CLG) who most thought was not as skilled. The next day they beat Team Liquid making themselves look a lot better. Cloud 9 (C9) came out flat against very strong Immortals who dominated almost every part of the game. The next day, playing with their famed shot-caller Hai “Hai” Du Lam instead ofMichael “Bunny FuFuu” Kurylo at support, they seemed a lot more coordinated and took care of business against Echo Fox (admittedly an inferior team to Immortals in projected talent). Meanwhile teams like Echo Fox, Renegades, and CLG were able to pick up games that many had predicted to be losses only to play quite badly in their second game. Over all it seems like the teams need a few more weeks to get back into the swing of things. Whether it’s from a need to synergize with new players or get over the jitters from the first game ever on an LCS stage almost every team showed massive weaknesses that should be fixed as the season moves on.

Questions for Week 2 and beyond:

1. Can TSM get it together and compete with Immortals?

Everyone expected TSM to suffer some growing pains during he first few weeks of this split. Replacing 4 players and the entire coaching staff isn’t something a team does before going undefeated the next split, but Fnatic has shown that rebuilding doesn’t always have to mean you are a bad team. TSM will face the undefeated Immortals in their first game this weekend. It’s a game that no one really expects them to win, but realistically that shouldn’t be the case. TSM upgraded from Immortal’s current adc Jason “WildTurtle” Tran to Yiliang “Doublelift” Peng this off season and Immortal’s midlaner is the benched CLG midlaner Eugene “Pobelter” Justice Park who isn’t anywhere close to the caliber player of Søren “Bjergsen” Bjerg. TSM also has the better shotcalling on paper having recruited the best shotcaller in EU, Bora “YellOwStaR” Kim, from last year’s powerhouse Fnatic. Before the season started, I would have picked TSM’s better mechanics at key positions and better shotcalling over the unknown Immortals, but after the first week I would be insane to do so. That said, this is TSM’s chance to show that they are learning to work together. If they can make this game competitive they have a huge chance at winning and proving that they belong in the discussion for top four in NA.

Cloud 9 has already announced that they will be starting Bunny FuFuu in their first game against Team Impulse this weekend. It remains to be seen whether Bunny FuFuu will be able to fill the huge hole left by lack of the team’s shotcaller Hai. From what the Hai has said, it seems that he will be splitting games with Bunny FuFuu for the foreseen future. This leaves Cloud 9’s team in limbo with obvious weaknesses. If Hai plays, they have an inexperienced support who is still learning. If Bunny FuFuu plays they lack a shotcaller. In the interest of Cloud 9, I hope Bunny FuFuu learns to shotcall quickly this split so he can take over support duties for good. This will make Hai happy, as he will be able to retire content he is not leaving his team behind without a replacement.

3. Who is Counter Logic Gaming?

Is CLG the team we saw beat TSM in the first game of the split after playing fluidly together at IEM San Jose? Or is CLG the team that lost to Dignitas? CLG lost arguably the best ADC in NA and replaced him with their substitute Trevor “Stixxay” Hayes. This seems like a clear downgrade, but the team is downplaying this by saying that Doublelift did more harm to team dynamics than he helped. If CLG wants to prove everyone wrong, it’s time for Darshan “Darshan” Upadhyaha to put on the big boy pants and carry, time for Zaqueri “Aphromoo” Black to show that he is a good leader, and time fo rChoi “HuHi” Jae-hyun to show that he was worth benching Pobelter over. For now though we still don’t know who CLG really is as a team.

Game of the Week: Immortals vs. NRG

If you can only watch one game this week, I recommend tuning in for NRG vs. Immortals on Sunday. Immortals vs. TSM should be a good game as well, but I personally am more interested in seeing the new teams who are currently both undefeated face off. It will be interesting to see if Immortals can coordinate to counter the massive amounts of damage that GBM has dealt in his first two games.

Hello I am Nub. I am a nub to writing pieces like this and also a nub to the LCS. After watching almost every game of LCS since worlds 2014 and having numerous debates with my roommates I decided to put my thoughts down on paper and write about the esport that I love so much. I have written a few other articles, but this is my first try for a semi-weekly series. With my writing I hope to give some insight into LCS and esports from the point of view of someone who is relatively new to the scene. Because of this, I thought most experts would look at my work and say “this guy is a noob” and thus nub was born.

For those wondering, most of my writing will be centered on North American LCS as that is where I live. Because of schoolwork I am unable to watch every european game, but I will talk about EU LCS every once in a while when I have something specific to say.

A little information about me is that I am a sophomore engineering student living in North America. I am ranked quite low in LoL (started in bronze last season) and have only been playing League since the beginning of my freshman year. I enjoy the LCS scene very much especially watching Fnatic and Cloud 9 over the past year. If you have any questions or suggestions contact me on twitter (@thesealion95).