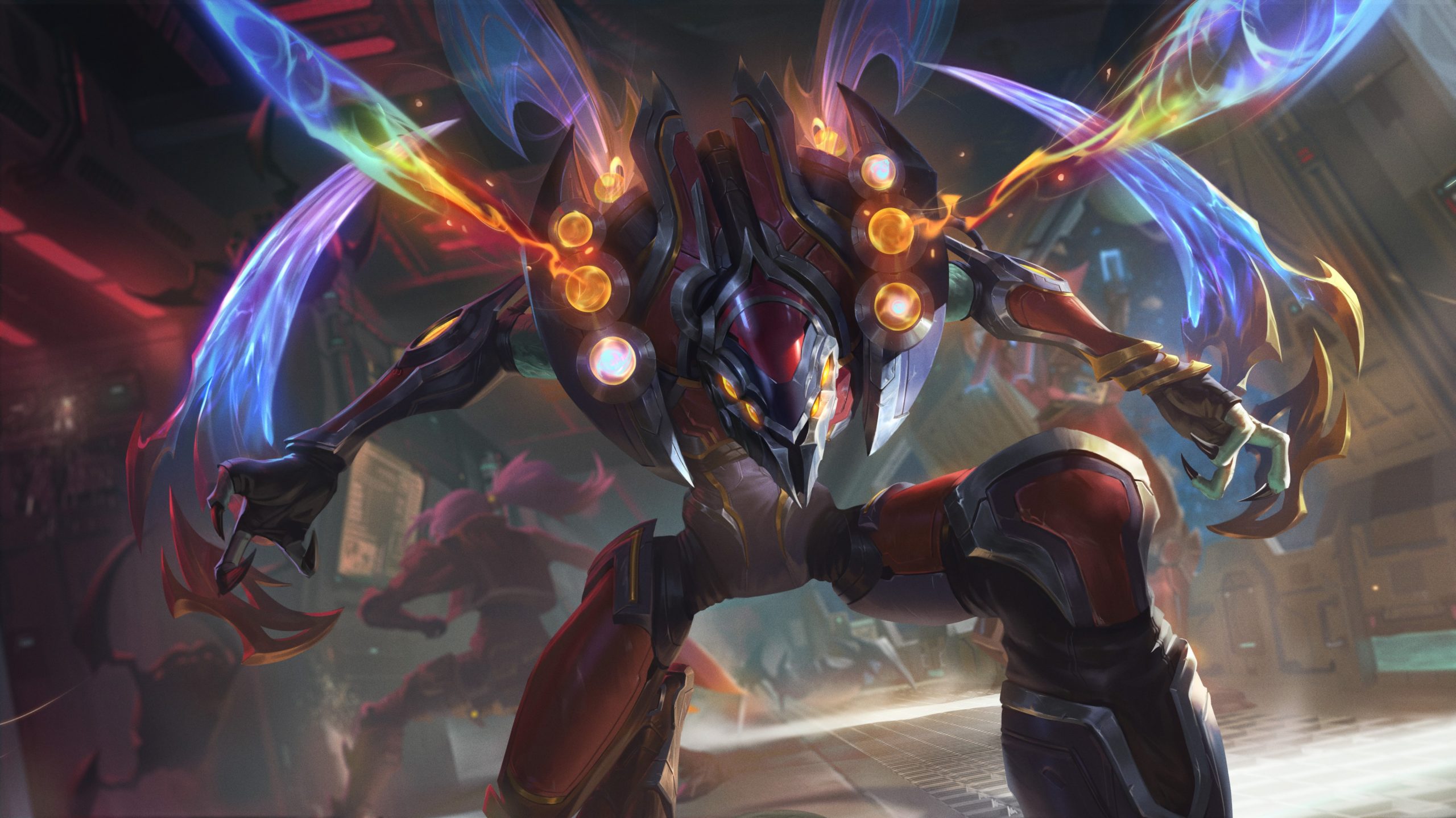 It’s time to join the intergalactic fight once again.

League of Legends’ Odyssey skin line is making a comeback in today’s PBE Preview, including new cosmetics for Kha’Zix, Aatrox, Sivir, Twisted Fate, and Karma. The skins will likely have a two-week test cycle before hitting the live servers in the next patch.

The cosmetics feature hues of purple, red, and gold, as well as space-themed sound effects. Twisted Fate’s back animation includes adorable little aliens, for example. And Aatrox uses his sword to tear open a rift in the dimension during his return to base.

This round of Odyssey skins joins existing cosmetics for Jinx, Malphite, Sona, Yasuo, Kayn, and Ziggs. Odyssey is an alternate universe set in the cosmos, with each champ representing “influential individuals of a vast galactic civilization,” according to the League wiki.

Odyssey fans should be able to test out the new skins on the PBE soon.

Riot also showed off Halloween-themed skins for Amumu, Fizz, and Elise today, which will hit the PBE soon.