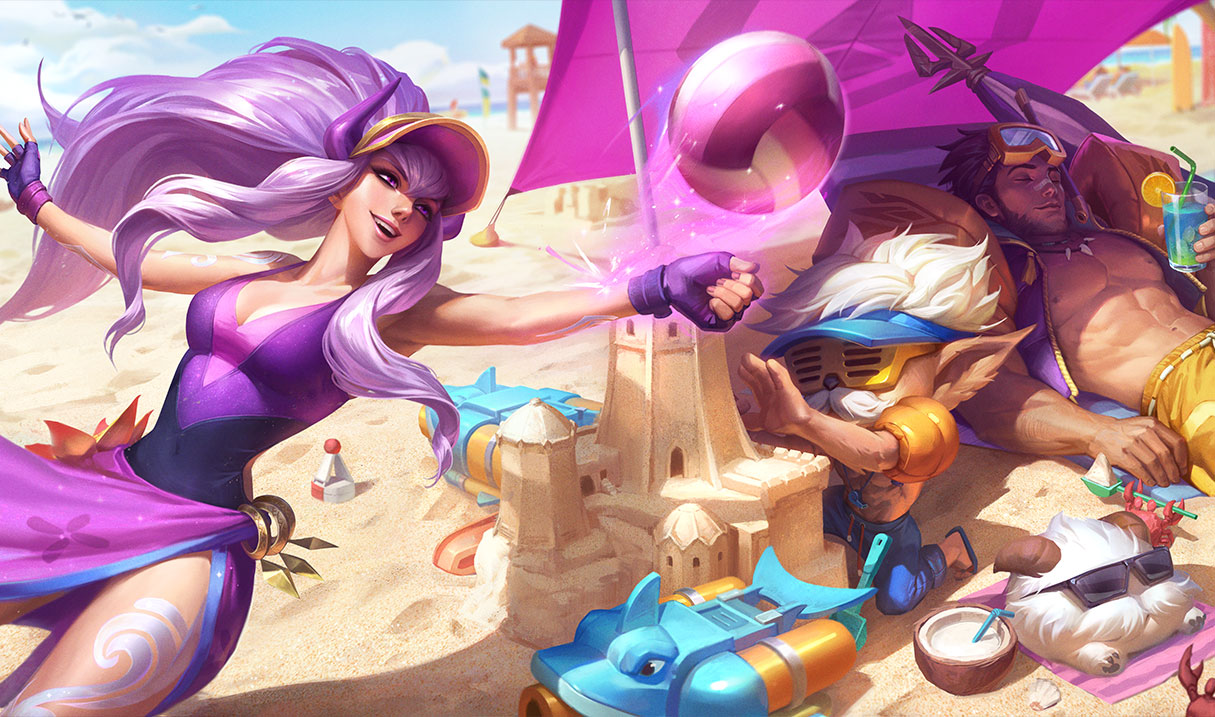 Heimerdinger, Syndra, Jarvan IV, Taliyah, and Orianna are all getting new beach attire when the skins go live on July 2. Each of the skins will become available in the client store for 1,350 RP and will release with their own set of chromas for additional purchase.

Pool Party Taliyah will be the Stoneweaver’s first skin since her release in 2016—excluding her Samsung Galaxy skin, which was chosen by Lee “Crown” Min-ho in honor of his team’s World Championship victory in 2017. For her new look, Taliyah wears a two-piece wet suit and travels around the Rift on a surfboard in place of her usual rock.

Both Syndra and Orianna don one-piece swimsuits and beach props in place of their usual Summoner’s Rift attire. Syndra circles herself with purple volleyballs while Orianna’s Orb has been replaced by a blow-up whale floatie.

Heimerdinger and Jarvan IV sport orange arm floaties, swim trunks, and sandals. The Revered Inventor throws out beach balls for his stun and builds a sandcastle before returning to base, while Jarvan IV attacks with a beach umbrella and summons a castle wall of sand for his ultimate.