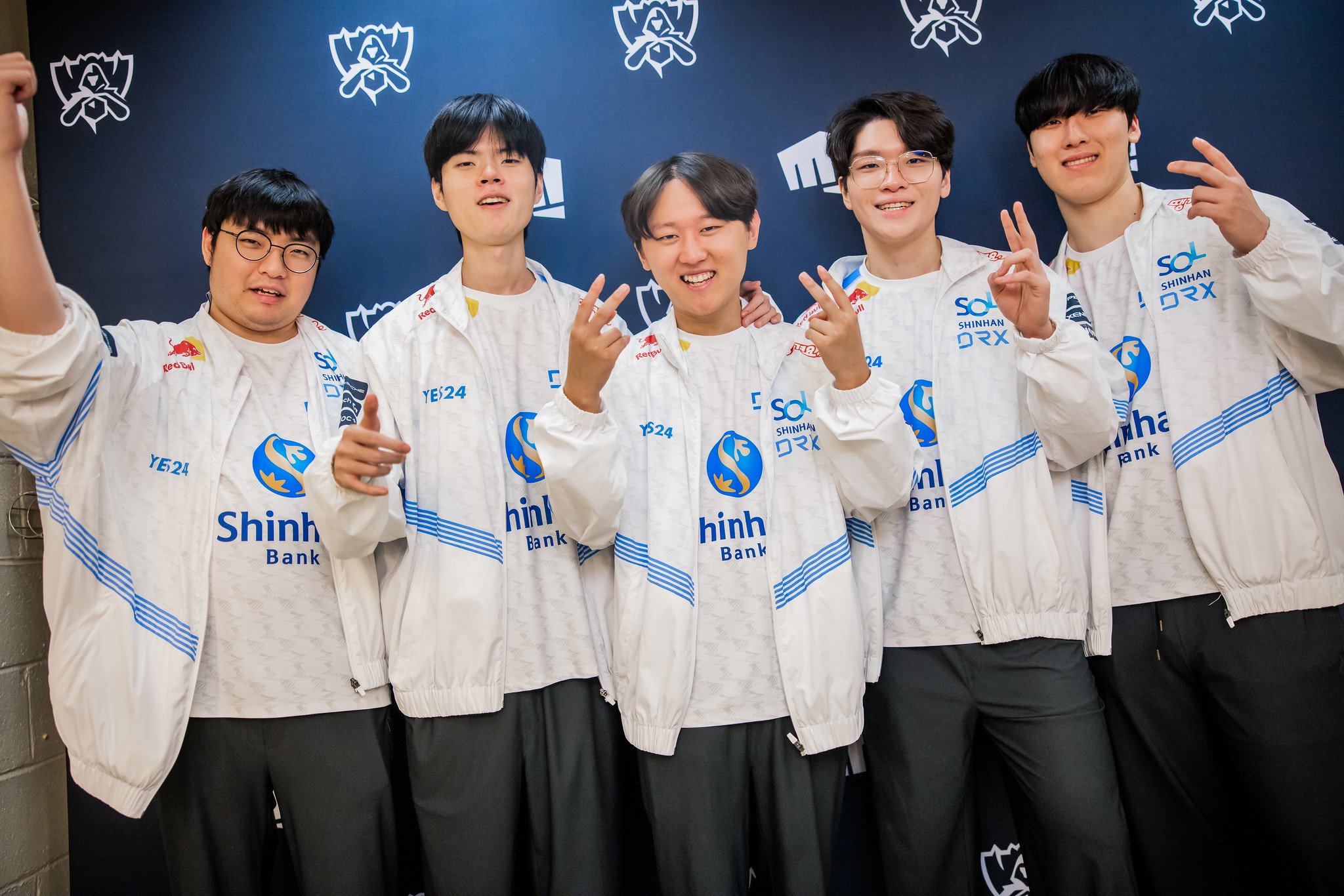 As is tradition for the winners of Worlds, the players on the championship-winning team will receive personalized skins for the champion that best represented them during the tournament. In tonight’s post-match press conference, DRX’s five starters gave fans an early look at the champions they might select for their Worlds 2022 skins. Most of the players were extremely confident in their picks.

Here are DRX’s early nominees for who they want to select as the champions that represent them when their skins are released next year.

Kingen wants his Worlds skin to be for Aatrox. In the finals, he played Aatrox exceptionally well, winning games four and five of the series with the champion and playing aggressively enough to secure the Finals MVP award with his play.

Pyosik rose to prominence in 2019 as a Kindred one-trick who streamed his Korean solo queue games. In a true League rags-to-riches story, he’ll be picking the champion to represent not only his performance at Worlds but his career overall.

Zeka’s Akali became a menacing force on Summoner’s Rift at Worlds 2022. He won four out of six games with the champion at Worlds this year, including the crucial third game of DRX’s semifinal series against Gen.G. Zeka played 18 games with Akali this year, posting a 13-5 record and 6.3 KDA with her, according to League stats site Games of Legends.

At long last, Deft will get a Worlds skin, and it will be for a champion that’s been a staple of his career dating back to 2013. Deft played Caitlyn in game five of the finals against T1, using the Sheriff of Piltover to clinch the first Summoner’s Cup of his long career.

BeryL: Unsure, but leaning toward Ashe

BeryL was the only DRX player who wasn’t definitively locked into their choice but mentioned Ashe by name. BeryL played one game on Ashe during Worlds and found a win on the champion in game four of the quarterfinals against Edward Gaming. BeryL previously picked Leona as the champion for his Worlds skin when he won with DAMWON Gaming in 2020.