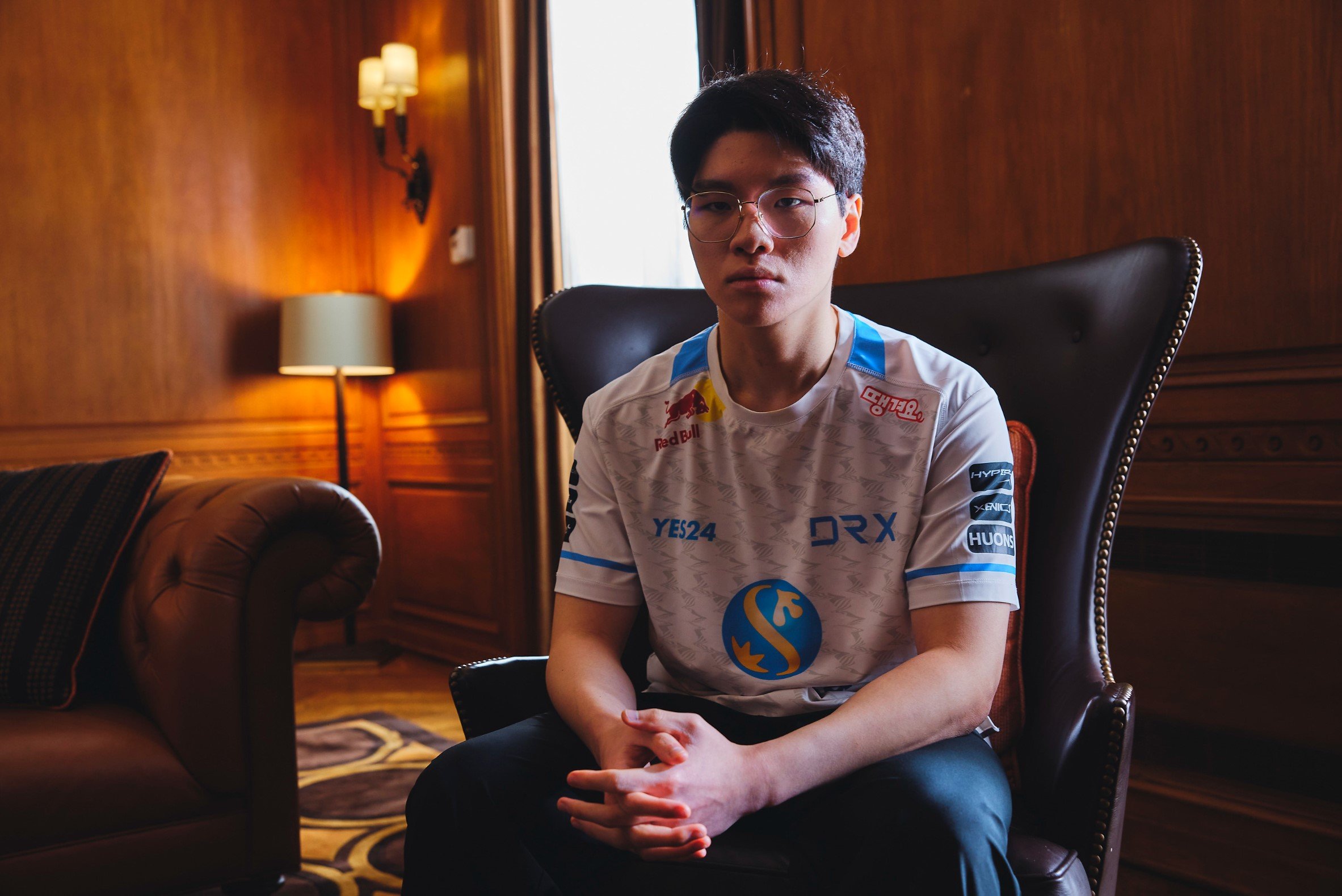 After DRX took home the Summoner’s Cup by toppling fellow LCK representative T1 in the finals of the 2022 League of Legends World Championship, the team’s top laner Kingen was named the finals MVP.

In this series, Kingen carried DRX to victory in all facets of the game, exemplifying his strengths through strong laning and teamfighting. In games four and five, in particular, Kingen secured the award for himself, posting a combined scoreline of 11/3/12 and playing Aatrox in both games.

“I kind of saw it coming, because whenever I head to game four or five I become a duelist,” Kingen said in his award acceptance speech. “I go all in or go home. I always look for fights. I become a beast.”

In game five, Kingen earned a solo kill in lane over T1 top laner Zeus, giving DRX an early advantage in the laning phase. The team snowballed its lead top side and won through Kingen in the final game of the series, just as they did in games two and four as well.

In the final, Kingen played three games on Aatrox, one on Camille, and another on Ornn. He led DRX in damage per minute in three of the five games during this series, according to League stats site Oracle’s Elixir.

“Throughout the domestic league, I’m pretty sure I was underperforming,” Kingen said. “Unlike how I look, I actually hesitate a lot. A lot of fans were frustrated because I was not going for the aggressive plays, but heading into this Worlds, our coach Ssong, he always told me, ‘the one who hesitates is the one who loses,’ and that has become a motto for play.”

Kingen is the first top laner to win the Worlds finals MVP award since Marin did so with SK Telecom T1 in 2015.