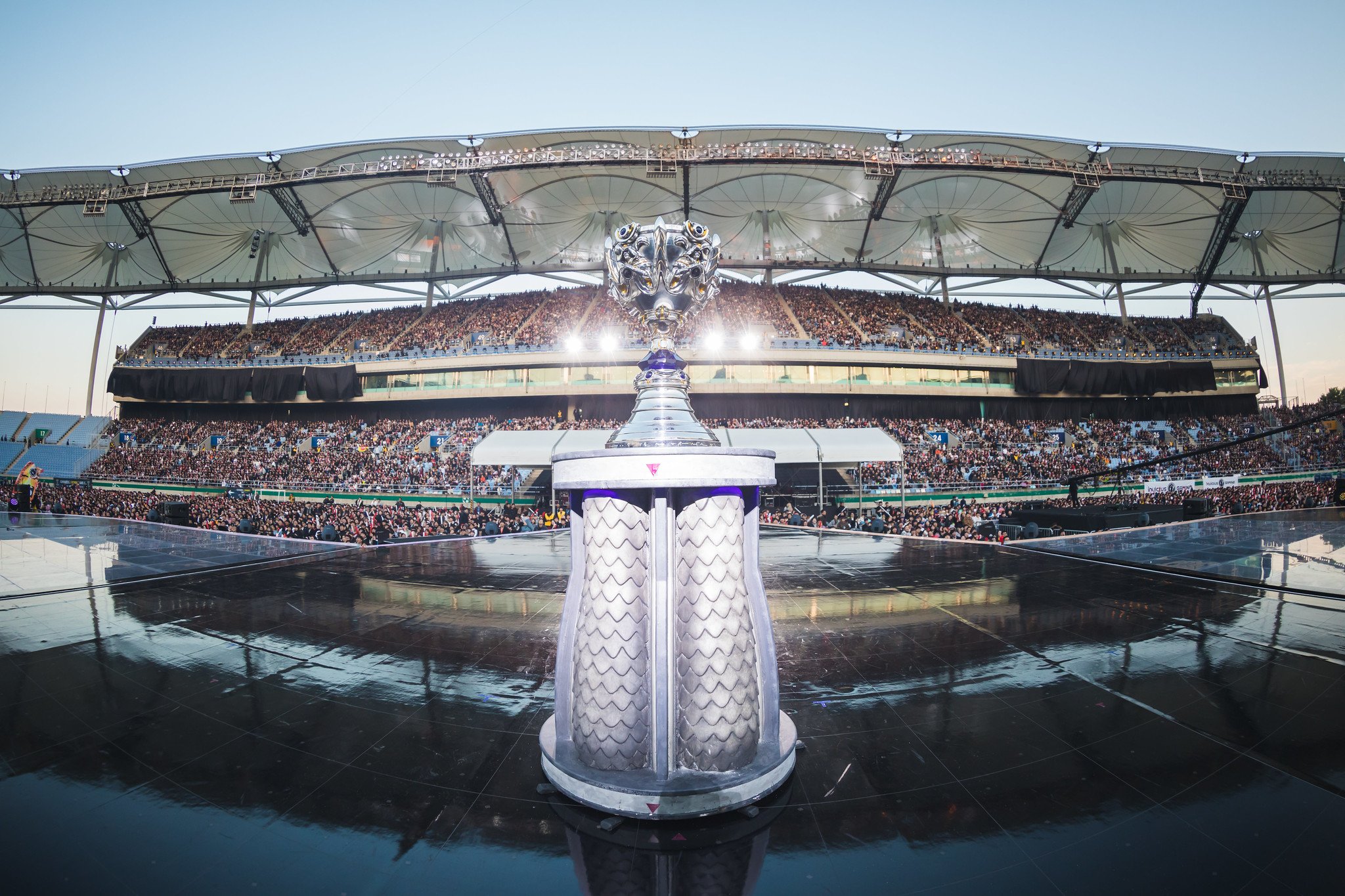 The dates and locations for the League of Legends World Championship have been revealed four months away from the biggest tournament on the League calendar. The play-in stage will start in the LEC Studio in Berlin, Germany on Oct. 4 before moving onto the Verti Music Hall on Oct. 12.

The knockout stage of Worlds will be held in Madrid, Spain starting on Oct. 26. In Madrid, the best eight teams will be whittled down to two before facing off at the AccorHotels Arena in Paris, France on Nov. 10.

Worlds was last held in Europe in season five when SK Telecom T1 claimed their second title over KOO Tigers in Berlin. This is the first time Worlds has visited Spain, which is the spiritual home of teams like G2 Esports and Origen.

Riot also announced changes to the seeding of teams at Worlds. Korea has lost its three automatic seeds into the group stage, with the third seed now having to fight through the play-in stage to make it to pool play. China’s third seed will automatically be promoted to the group stage as a result.

Tickets will be released at a later date.