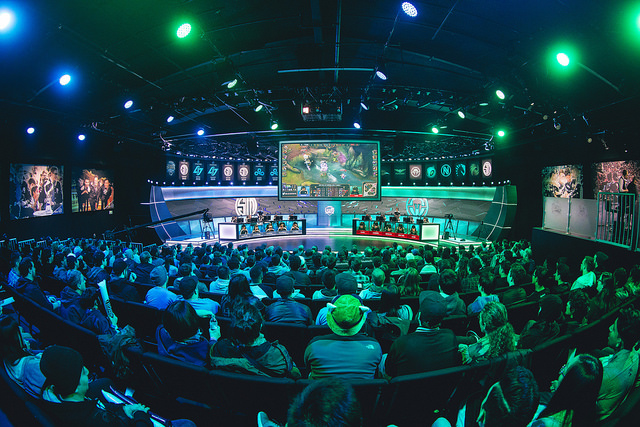 After two weeks of competitive League, we have a sense of where the Season 7 meta stands. So we ran some numbers to see what effects the new 10-ban system and Patch 7.1 have had on the professional scene.

The effects are huge. Get ready for the nerf cannon, because Riot has a lot of balancing to do.

The beginning of the season was always expected to be an experiment as Riot expanded the champion bans from 6 to 10. The 10 ban system was implemented primarily to increase champion diversity. We’ve certainly seen some creative picks, like top lane Singed and ADC Ziggs. But others, like Supports Miss Fortune and Malzahar, have quickly become meta picks all over the world.

But the numbers show that some unintended consequences may have happened due to other offseason changes. Let’s see what changed and where things went off the rails.

Let’s take a look at the numbers in particular. Credit to EsportsWikis for all data. We compared the total amount of unique champions that have been contested in each of the LCK, NA, EU, and LPL regions for the past three splits. A contested champion is one that has been either picked or banned.

The data is a bit problematic because we are comparing two weeks of 2017 data against full-split data from 2016. It’s not possible to take a snapshot of what the two 2016 splits looked like two weeks in.

But that doesn’t mean we can’t make some inferences from this data. In general, the regions average 75 to 80 unique champions in a full split of play. In just two weeks, the regions are over 70 percent there. North America in particular has seen 61 unique champions, well on place to set a high for diversity. Ostensibly, the 10-ban system is working.

We also took a look at some of the components of the total champions contested figure to see if anything else stood out. The first item we looked at was popular bans; it’s pretty clear from the bans that champions like Camille, Rengar, and LeBlanc are totally broken. The data backs up this assertion:

We calculated frequent bans as champions banned in over 10% of games. The changes made between the end of Season 6 and the start of Season 7 led to a higher instance of overpowered (OP) champs that are banned worldwide.

But even 10 bans weren’t enough to completely stop OP champs. When you look at champions that make it through the ban phase and are picked in over 50 percent of games, the numbers jump out again.

A big increase in frequent bans and frequent picks indicates that, although many champions have been selected, the meta is rapidly coalescing around a small stable of strong champions. Picks like Maokai, Kha’Zix, and Varus aren’t quite broken enough to be banned in the first rotation of bans, and are often picked up in the ensuing pick phase.

Using this data, we can infer that teams are using the first ban phase to take truly OP champions off the table, and the second is used in a more targeted way. Anecdotal evidence backs this up: in each region, it’s the second set of bans that seems more targeted around a team’s strategy for a particular player or position.

Finally, we looked at pocket picks as a sign that creativity is being employed more in drafts. The short answer? It isn’t.

We defined pocket picks champions played in less than 5 percent of total games. Diversity here has actually gone down significantly, meaning that top lane Singed really was an aberration. It is quite possible that instances of pocket picks will increase as the meta changes throughout the split and people have more patches to adapt to. But with the data on OP champs above, it seems more like a mad scramble to grab whatever broken champions you can, regardless of a player’s more nuanced strengths.

That assertion is backed by the blue side vs. red side figures, which may very well make your eyes pop out of your head.

Blue-side’s advantage is a well-known problem in League. Based on data from League of Graphs, the issue started creeping up again in September of last year after winrates were relatively even in the middle of the year. Notably, blue side’s winning percentage was a key determining factor in the 2016 World Championship. That difference has persisted in 2017 with blue side’s win percentage sitting at 51.6 percent in ranked games.

We can expect that blue side would also have an advantage in pro play. But through two weeks, the difference is nothing short of astounding.

Based on match data from Oracle’s Elixir, blue side worldwide has won a whopping 64 percent of games in competitive play.

This is insane and has already been noticed in the analyst community.

A major reason for blue side’s success relative to other seasons is the problem of overpowered champions. There is no good counter for Camille or LeBlanc right now, while Rengar’s natural enemy, Kha’Zix, is almost just as broken. Red side just doesn’t have many options in the first part of the draft phase.

The 10-ban draft has had little effect on blue/red balance since OP picks are handled in the first half of the draft phase, before the last 4 bans are used. Unfortunately, that means a lot of strategy that could have come from the system has been thrown out the window in favor of strategies around the OP champions.

Problems with champions are not just extended to the few S-tier OPs. The ADC champion pool is notably weak, with only three viable picks in Ashe, Jhin, and Varus. Red side teams basically pick Varus or Jhin and hope that they can turtle long enough for the blue side team to get impatient and get caught (a good explanation of Red Varus can be found here).

On the other side, the predominance of the tank meta (which is unsurprisingly going to be nerfed) has led to a stale top lane and jungle pool, since only aggressive junglers are suitable with a top lane tank. Again, this has less to do with 10 bans and more with balance changes made in the preseason.

Riot has a lot of work ahead of it to balance this game. The ironic thing? Those balance changes will likely lead to increased champion diversity for the next few patches. That’s bad news for players scrambling to learn champions and theorycraft item builds.

But it will lead to more picks and opportunities to see your favorite champion in action.