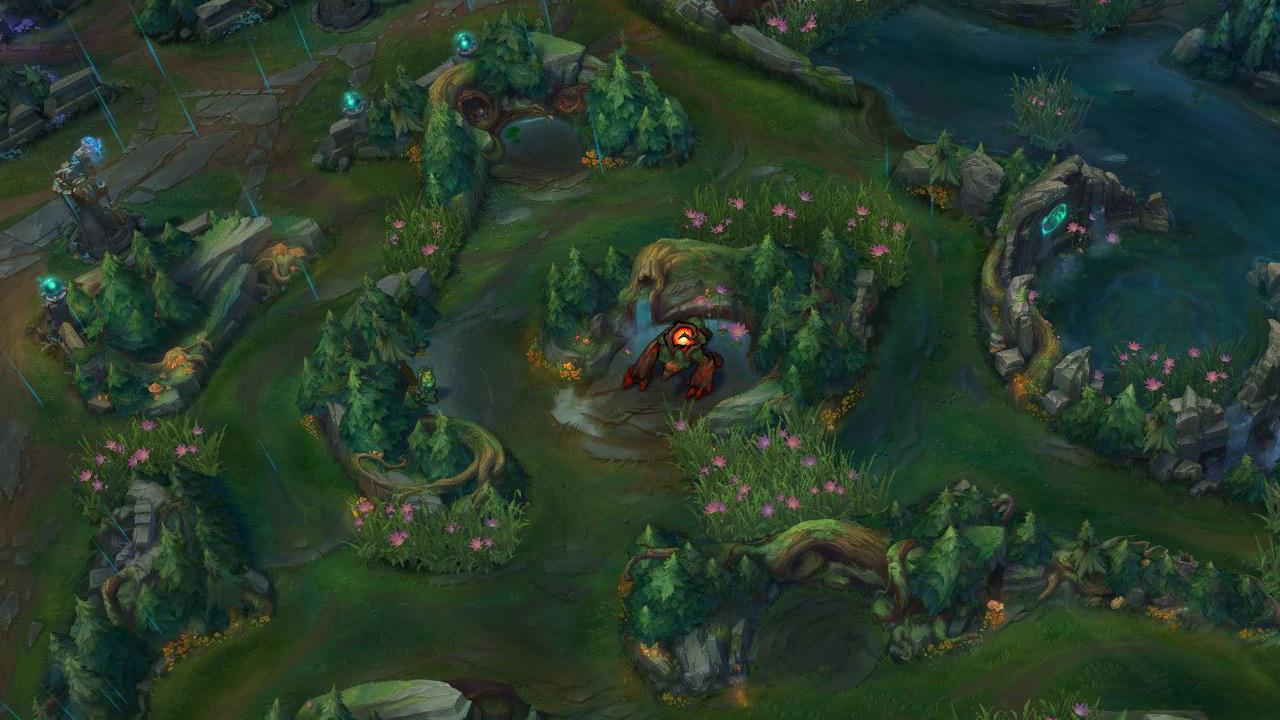 The League of Legends 2020 preseason is coming and Riot Games has revealed a lot of changes, mostly related to everyone’s favorite map, Summoner’s Rift.

The preseason is named “Rise of the Elements” due to the Rift getting elemental changes based on dragons. The elements of these dragons will force different changes on the map, which will set up new strategies.

Even though some might say League is a classic MOBA game, it’s unique in its own ways. And this preseason is taking that uniqueness to a whole different level with each game requiring different strategies and gameplay to adapt to the map that keeps changing.

Here’s everything you need to know about how dragons will affect the Rift and other preseason changes that Riot has in store.

The Ocean Rift will cause the map to be flooded. Brushes will grow bigger and even new brushes will show up. This will open new opportunities for ambushing and stealthy, sneaky plays. The oceanic buff will regenerate champions’ health per time.

Eliminating the Cloud Drake will result in multiple windy fields showing up on the map, including the pit. Walking through the fields of air currents will speed you up, allowing for a quicker escape, chase, or even an easier dodge. The buff will lower the cooldown on ultimates.

By now, you might guess what shutting down the Mountain Drake will do to the map. And yes, there will be new “mountains” spawning around the jungle. These walls will create narrow pathing that’s ideal for zoning out enemies. The Mountain Drake’s buff will increase armor and magic resistance.

Aside from the map changes and the stacking, permanent buffs, taking down four of the same elemental drakes will give the team a Dragon Soul. This is a different kind of buff that will stick with that team until the end of the game.

Elder Dragon won’t go untouched this preseason, either. Unlike now, Elder’s buff won’t depend on the drakes that have been taken down beforehand because elemental scaling is getting removed. Rather, the elemental buff will now give an execution ability and will be a more important objective for both teams than it was before.

If you’re on the team that has taken the Elder down, you’ll notice enemies who are at low health have a marker on their health bar. The mark will signify the enemy being affected by the Elder burn, and Elder Immolation, the new execution component, will instantly kill them.

One of the biggest preseason changes that will significantly impact gameplay is another adjustment to the Rift. The top and bot lanes are getting new identical side lanes in the shape of a U and with three brushes. This will open the lanes toward more outplay options and give junglers a whole new way to gank.

More new brushes are coming in the jungle across the Baron and dragon pits, too. These brushes will allow for new positioning and ambushing options for objective control, including vision control, in a field that has so far been wide open. Riot says it’s adding these brushes to open up the river for new strategic and tactical options.

Changes to the jungle and top lane

Right now, there’s a set path you should follow when you’re starting your jungle clear. The blue side of the map has an advantage with Krugs being right next to the bot lane. But you can forget everything you know about standard jungle pathing when the preseason changes go live.

Riot is implementing changes in XP and gold gained from the camps so junglers can have an easier time strategizing through more open jungle paths. Riot will do this by nerfing Krug’s value and buffing Gromp’s value, which will allow junglers to gain the same levels by combining a buff camp with any other smaller camp.

The top lane is receiving some love, too. The lane has recently felt lonely and transitioning from an early laning phase toward the rest of the game has been a bit tricky. The preseason looks to fix that and shift the power toward the top, though, so being better at the lane can more efficiently help your team be better at the game.

Minion’s base XP is getting increased, but the bonus XP gained from the XP share is getting reduced. This means top laners will be leveling up faster compared to bot lane duos. In addition, Rift Herald will spawn quicker, so the top side of the river will see more objective fights earlier in the game.

Upgrading support items can be a challenge, but this will change with the preseason, too. In fact, beyond buying the item when you spawn into the game, you almost won’t even have to think about it anymore. The game will upgrade it for you all the way up to the third tier. And the best thing about it is it won’t take your gold for doing so. The items will, of course, have to be balanced since you’ll be left with more gold to spend, so they’ll give less in terms of stats.

Supports will have four starting item options. You can either go for high AD or high AP with lower health together with the Spellthief’s passive or low AD or AP damage with high health and the Targon’s passive.

Another change to support items might be more interesting to their duo partners. Namely, supports will be punished if they start farming the lane like non-supports would by reducing the gold received from minions after consistent farming.

The preseason is also bringing a number of changes to lethality items to widen the scope of assassins and fighter’s builds since Duskblade and Ghostblade are being picked above all. Edge of Night’s spell shield will work the same as Banshee’s Veil, blocking the next enemy ability. Sanguine Blade will grant significant attack speed buffs when there are no nearby allies, giving it a wave clear boost.

Other options for lethality items are being explored on the PBE, as well as some additional minor improvements. The only item getting removed this season is Spear of Shojin since Riot believes that’s needed for better counterplay options.

Some problematic keystones are getting balanced this preseason. Conqueror was a bit too effective against tanks, which is why the conversion to true damage is getting removed and translated into stacking adaptive force. Kleptomacy was generating too much gold, so that’s gone—but users will be getting more elixir drops. Aftershock will be giving more power to tanks and less flat resistance to squishy champs.

When does the preseason go live?

These changes will continue to get tested and polished on the PBE. Fans without beta access will have to wait a few more weeks to test their skills on the changed Rift. The preseason is set to go live with Patch 9.23, which is scheduled for Nov. 20.