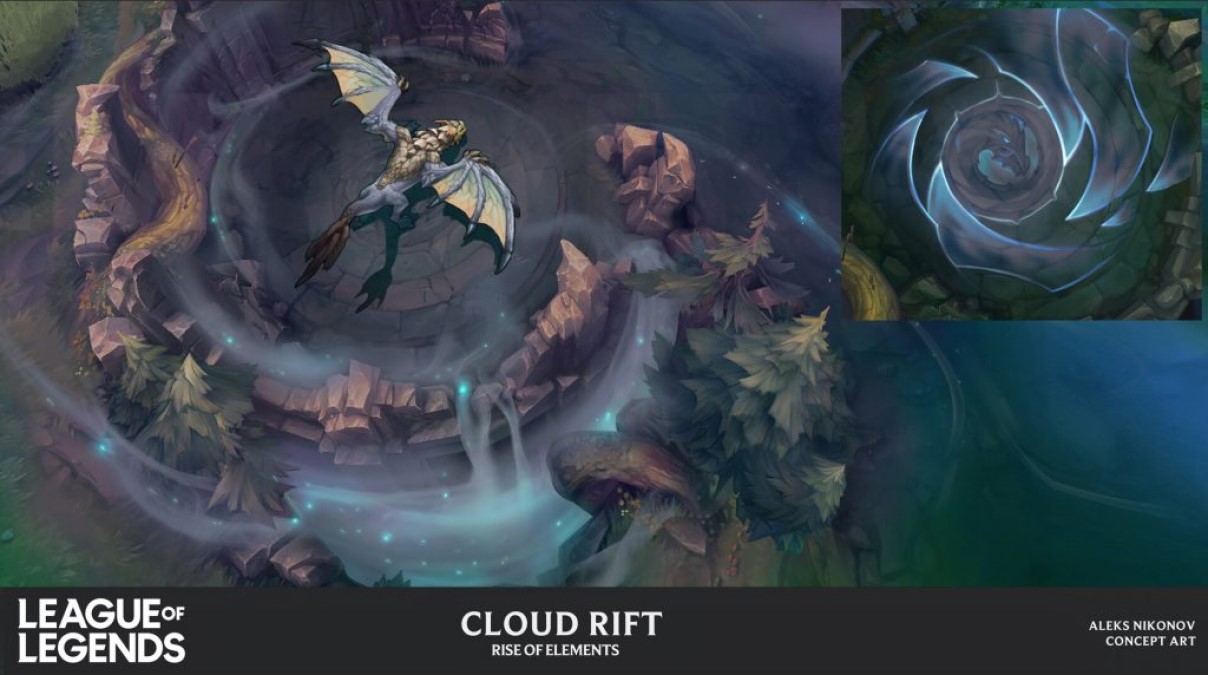 League of Legends is a constantly changing game with patches every two weeks. But Summoner’s Rift had remained relatively unchanged year-to-year. This pre-season, however, players are experiencing new visuals carefully curated by Riot Games’ art teams to meaningfully impact the rift.

The last time Riot made a major change to the look of Summoner’s Rift was in 2015 when the entirety of the rift was given a visual update. This included updates to buffs, Baron, and Drakes. In Riot’s pre-season reveal on Artstation, the company explains it wanted to explore changes to the rift in honor of League’s 10-year anniversary.

“It was our hope to provide players with a unique experience each time they load into a game,” said Riot.

For Riot, physically updating the rift wasn’t an easy task. Players know what the rift should look and feel like. There’s a familiarity associated with it and Riot knew that simply changing it wouldn’t fly. This is what led Riot to make environmental changes through the use of the Elemental Drakes. Considering the Drakes were part of the game for so long, it felt right to use them and expand upon their elemental attributes. And Riot’s art disciplines were a major factor in making the changes players see now in-game believable.

In order to create physical changes that enhanced the rift without completely changing it, Riot’s artists meticulously added components like the wind circles created by the Air Drake and the rising pillars from the Mountain Drake while ensuring each fit the League tone. To showcase these details, Riot included several images and videos featuring the new changes.

The company included several close-ups on the Drake effects on the rift along with three dedicated VFX videos which highlight exactly how the rift transforms when a certain Drake spawns. Additionally, epic illustrations were added that displays the top-down version of the rift from an entirely new, first-person perspective.

Today marked the last day of Riot’s end of year Art Blast. The company wanted to give fans and an inside look at its champion development process. Beginning with concept art on Monday, Riot revealed a different step in its process every day this week leading up to today’s pre-season reveal. Though the finale didn’t have much to do with champions, fans who followed the Art Blast are able to see the same process in action through the images Riot provided in this pre-season reveal.