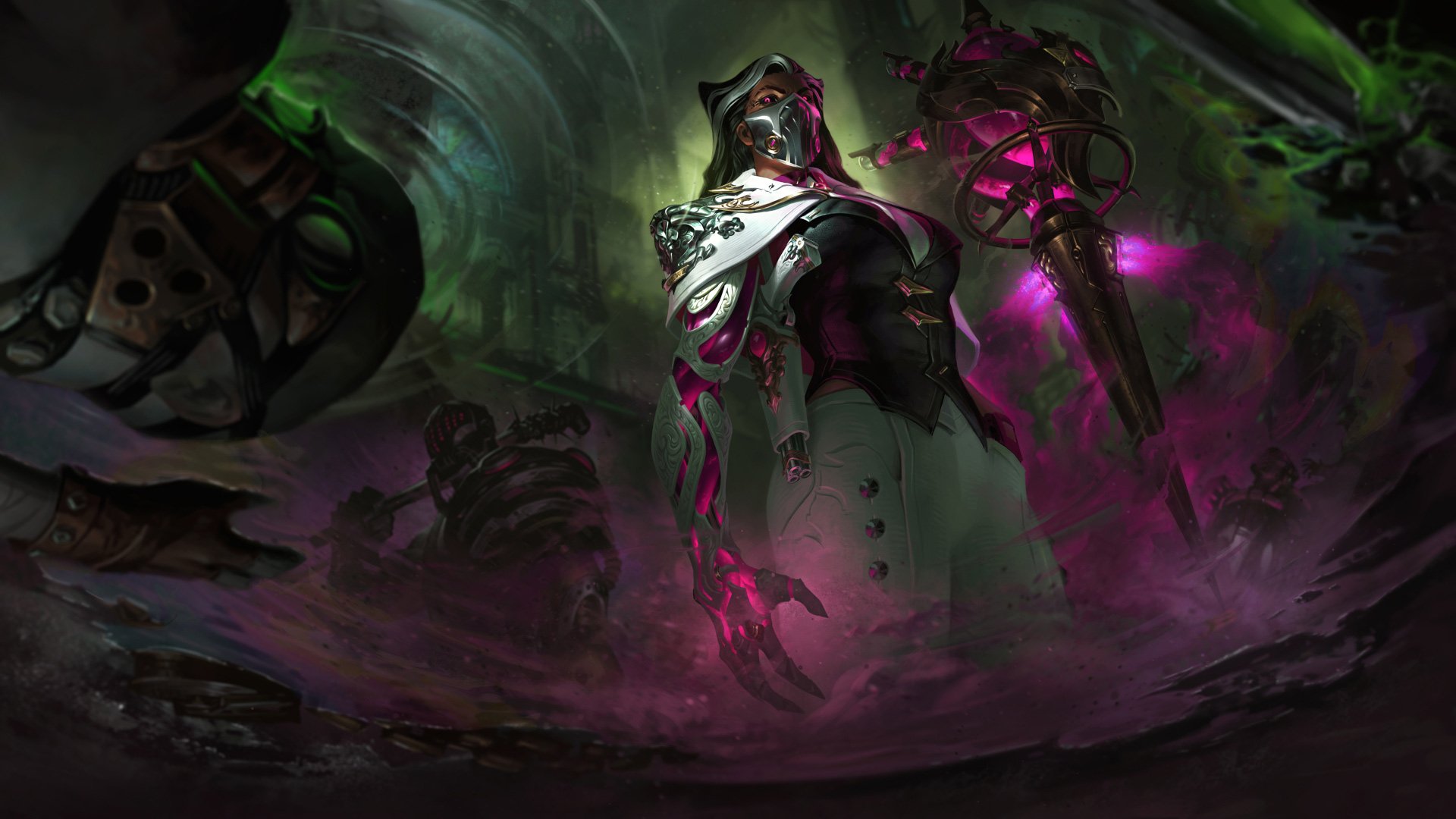 When Renata Glasc was revealed to the League of Legends community, people were stunned to see how much utility was packed into her kit. She’s only been out for a few days, but one player has already exemplified how strong she can be in the right team composition by reviving her allied Olaf three times in a single fight.

The skirmish kicked off near the 23-minute mark of the game, where the red team was caught out of position by the blue team’s Pantheon and Rell. Surrounded by enemies, the Olaf player popped his ultimate ability and started to wail on whoever was in front of him, while Renata Glasc stood back, threw abilities, and waited for the right moment to pop her Bailout ability on the angry Berserker.

At around 500 health, Renata finally activated Bailout on Olaf, which prevented him from dying at the start of the fight. But the rest of his team started to die off as the battle continued, and as a result, the opposing team’s fed Diana jumped in to try and finish the Olaf. Unfortunately for her, Renata Glasc’s Bailout ability came off of cooldown and was up in time to save her teammate again.

Olaf even took the full force of an Aphelios ultimate, only to live through it with Bailout while chopping down the final member of the enemy team. It was a frightening example of what Renata Glasc could do with a strong hyper carry with a ton of damage since she resurrects allies and buffs their attack speed and movement speed.

In the end, however, a 22-kill Diana and a 13-kill Gangplank were too much for Renata Glasc and her teammates since they ended up losing the game in 36 minutes. It’s unclear how League players will adjust their playstyle against the Chem-baroness, seeing as she could affect a whole teamfight without even throwing out a single damaging spell.