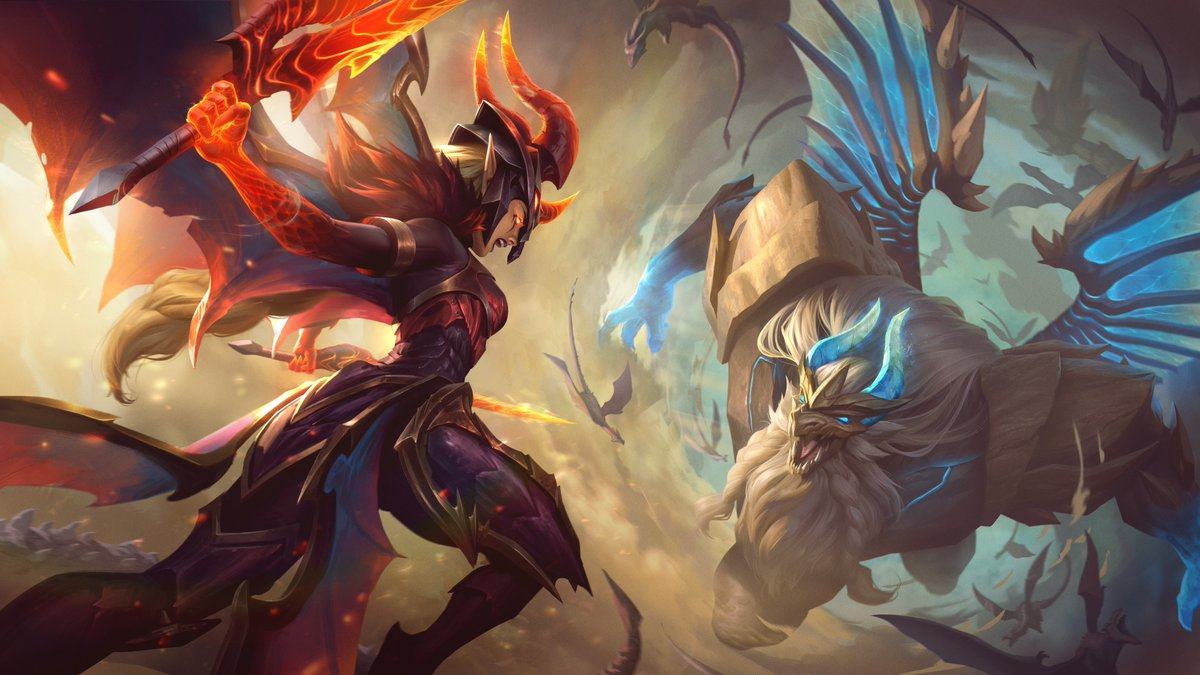 Riot previewed an assortment of new League of Legends skins today, which should be hitting the PBE for testing soon. Among the cosmetics are DragonSlayer Galio, Kayle, and Twitch, Blackfrost Sion and Vel’Koz, and Space Groove Gwen. Fans will likely be able to get their hands on the new skins when Patch 11.8 goes live in mid-April.

Galio takes on the form of an impenetrable dragon, even protecting a hatchling during his back animation. In contrast to the Colossus, Kayle and Twitch take on fiery-red hues. Kayle is draped in what appears to be dragon armor from beasts she’s slain, wielding two flaming swords. And Twitch shoots out blazing projectiles to torch his victims.

Sion and Vel’Koz will be added to the Blackfrost cast, joining Alistar, Renekton, Anivia, and Rek’Sai. Both champs take on dark blues and purples, with brighter colors shining through in their animations.

And upcoming AP top laner Gwen will launch with a funky Space Groove skin. The cosmetic replaces her typical dark theme with bright oranges and purples, along with bubbly sound effects and a disco back animation. The champion will release with her Space Groove skin in Patch 11.8.