Patch 9.14’s launch was a mess. How will it mess up the competitive meta? 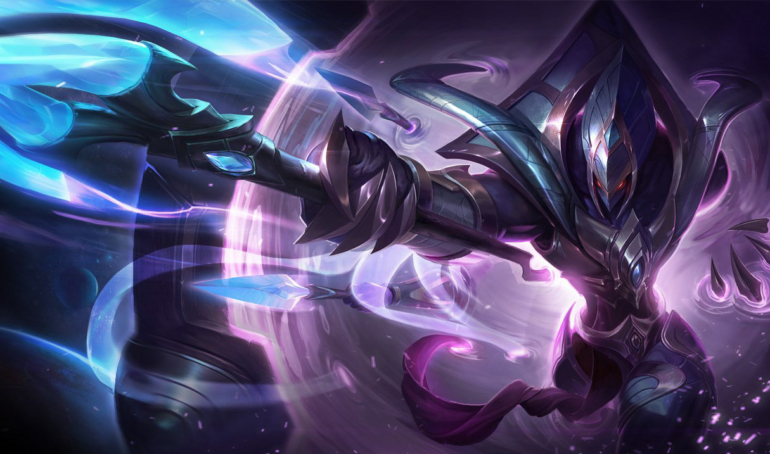 Where were you when the Patch 9.14 apocalypse happened? Hopefully, you weren’t in a ranked game because bug after bug appeared to basically break League of Legends.

The good news for professional players is that they’re still on Patch 9.13. Presumably, all those issues will be worked out before 9.14 goes live for tournament play. That doesn’t mean it won’t break the game, however.

To figure out how the professional meta is affected by the latest litany of changes, we asked Mobalytics, a League stats and improvement website, to crunch the numbers on the best high-elo champions and to help develop a tier list. We then inserted our own opinion of how these champions and compositions will play out on the biggest stages.

For more insights from their experts, check out the Mobalytics League tier list. Mobalytics also provides builds and counters for all League champions.

Patch 9.14 saw big changes to the top lane in the form of nerfs to Jayce, Kennen, and Neeko. According to Mobalytics, however, those three will still be strong.

The key is that they’ll all be weaker for the first three or four levels, but then be much stronger. So the fantasy of splitpushing to oblivion still exists. In fact, given how strong his Q will be with a few points in it, you could argue that Jayce got buffed.

The one competitive champion that Mobalytics probably has too low is Karma. She’s drawn a lot of bans lately and can play against ranged lane bullies. Both Karma and Gnar are seeing an increase in play as responses to that type of champion.

Mobalytics’ infatuation with Nunu continues, but he’s probably not a good competitive champion. Actually, the same goes for Rengar and Nidalee who are too difficult to manage correctly in organized team play.

But the next two tiers show a couple of ways the jungle meta could go. You can try to accelerate with something like an Olaf, who’s rising in priority. Or you can play like Korea, which loves its jungle tanks and sees a lot of Sejuani. Trundle is also rising in priority as a tank counter. Griffin played Zac this morning and started the game well, but couldn’t finish.

The one champion that could ruin it all is Karthus. He’s rising in popularity in the Asian leagues. Even Korea, who didn’t believe in the Karthus for a long time, has come around and made him a near must-ban. Overall, the jungle meta is shifting away from early power into late-game control, and that shift mirrors what’s happening in the middle of the map.

The mid lane meta sucks right now. After nerfs to Irelia and Akali, Azir and Corki have come out of the woodwork as blah champions who just handshake the lane phase and look to teamfight.

That’s caused a couple of standard counters, like Vel’Koz, Malzahar, and Veigar, to show up. Ranged waveclear to match is certainly one way you can play mid lane. But according to Mobalytics, there’s another way: assassins.

You’re seeing some of it in the Qiyana that’s rising in priority in Western leagues. Mobalytics thinks Zed and Talon could be good, and Akali isn’t dead yet.

And then there’s Aatrox. Riot keeps tinkering with Aatrox’s revive, and in this patch, it’s gone from his ultimate. That might be okay, however. He still gets a massive healing boost when his R is active, and that might actually be on-par with the revive anyway.

The bot lane meta hasn’t changed in the longest time. Pick Draven, if you can play him, and Xayah or Kai’Sa if you can’t. Draft Ezreal in a pinch or Vayne if you’re feeling lucky.

Where we disagree slightly is the priority on non-Xayah crit champions. It’s not that they’re bad—Caitlyn is likely very good and Sivir has been played a bunch in Patch 9.13.

The problem is that Riot’s killing Tahm Kench in this patch, and that’s going to hamper pro teams that want to play with immobile ADCs. The end result? Nothing is going to change in the bot lane meta anytime soon.

Riot is nerfing Yuumi in this patch, but the nerfs will tickle more than they’ll hurt. We don’t think Lux is still good at this level, however, and Tahm Kench might fall off a cliff. Somehow we think Korea will still find an excuse to play him, but China and Europe never liked him that much to begin with.

Nautilus will still be good, however, and he’s the biggest missing component from this list. And outside of Yuumi, we don’t see that many teams trying enchanters. It’s not that they can’t be good, but the emphasis right now is to carry from the solo lanes, which requires more engage from support. We don’t see that formula changing in this patch.