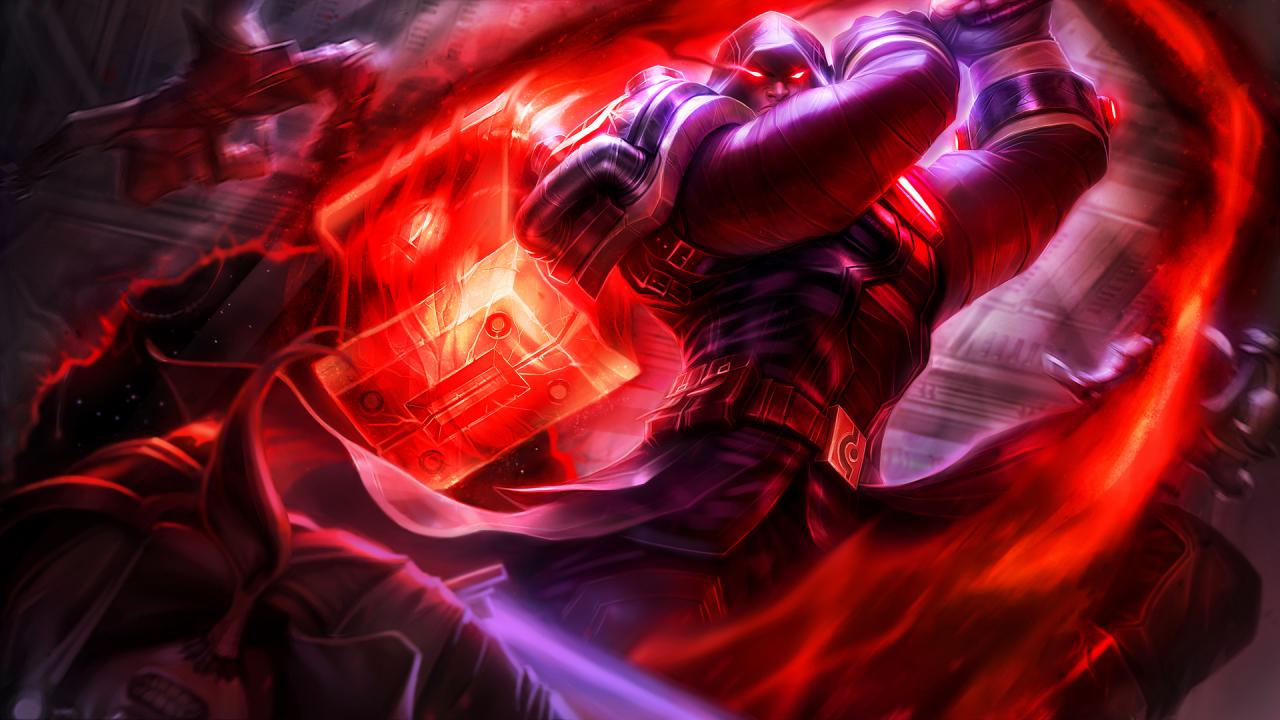 Many of League of Legends’ meta-dominating champions are over-powered, and patch 7.3 is knocking them down a few pegs.

Some champions have been a bit too strong for a while, like Kha’zix and Ivern, others were recently buffed a bit too much, like Jayce and Leblanc, and a certain cyborg named Camille was recently released and was just too strong coming out the door.

Fans and players who want to see these champs nerfed have been waiting for too long. The nerfs were expected to come in patch 7.1 in January, right after most of the champions rose to power. But they didn’t come through. Surely, we thought, the nerfs would come in 7.2 instead, but they didn’t arrive then either. Well, they’re finally here. The patch notes for 7.3 were revealed today, and the patch is one giant nerf-fest.

If you don’t have time to read through the entirety of the patch notes, we outline the most significant nerfs here.

We’re going to start with Camille, because she’s getting hit the hardest. Her entire kit is being nerfed.

These nerfs will both lower her power in duels and laning, and her presence in teamfights.

Ivern’s kit isn’t too bad. His biggest issue is that Daisy (his ultimate) essentially turns the game into a 5v6 in his team’s favor when the lategame rolls around, thanks to how tanky Daisy is—not to mention she has automatic crowd-control with her third auto-attack. These nerfs take good ol’ Daisy down to earth.

Jayce was buffed back in patch 6.17 about six months ago, switching the scaling of the bonus damage on his first hammer attack from AP to AD. This made sense, because why would Jayce ever build AP? But it was buffed a little too much. Fortunately, now Riot is scaling it back a bit.

Kha’zix has been a terror for a while by dealing insane burst damage and having high mobility, and he was made worse by the assassin update of patch 6.22 in November. He received a buff to his ultimate which, when evolved, resets the invisibility when stepping into bushes. The nerfs to the bug this patch are pretty big.

Leblanc was made entirely too strong in the assassin update patch as well—the damage was shifted to her passive, and its scaling was increased. We don’t think this nerf will be enough to bring her to a healthy power level, but it’s a good start.

Malzahar has been a powerhouse support for a few weeks now due to his ability to block incoming spells by instantly spawning voidlings and incessantly harassing his lane opponents with them. There are a few tweaks to his voidlings that might actually be enough to knock him out of the support meta.

Rengar, Rengar, Rengar. During the assassin update, Riot thought that it would be a good idea to give Rengar a way to get out of fights after diving in. This was odd, because players always considered him to be a diver rather than an assassin. That is, a champ that can jump into a fight and deal a ton of damage and have trouble getting back out if they don’t get the kill (See: Diana). It was this high-risk/high-reward gameplay that brought balance to Rengar. Well, Riot added a crowd-control-immunity effect to his empowered W to help him get out of the situations he finds himself in.

The nerfs in this patch will bring some balance back to the Rift. ADC’s didn’t see the buffs we expected, but perhaps the bullies of the game getting nerfed will help them shine a bit more.