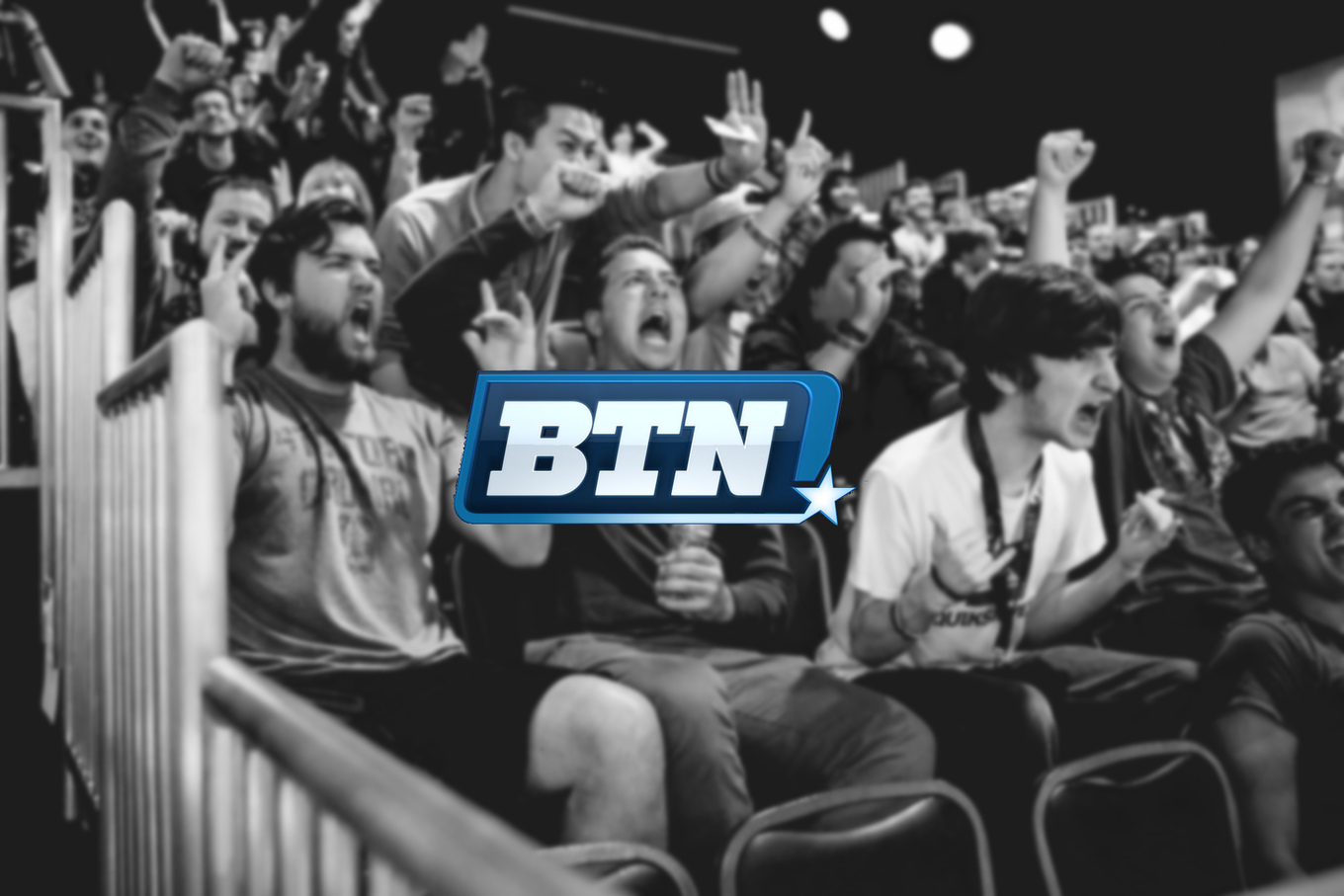 In another two weeks, collegiate esports on television may seem a bit routine.

Last weekend, ESPN2 aired the second edition of Heroes of the Dorm, an encore of its controversial debut esports production last year. Next weekend, the Big Ten Network will broadcast its own esports showcase, this one featuring the biggest esports game on the planet, League of Legends.

The Big Ten Invitational will pit Ohio State University against Michigan State University in a four-hour showcase at PAX East on April 22, streamed live to lolesports.com and the Big Ten’s own online streaming platform, BTN2Go. Then on Monday, April 25, the Big Ten Network will televise the match at 7pm ET.

“The Big Ten has some of the premier esports teams in the country,” Michael Calderon, VP of programming at the Big Ten Network, said in a press release. “The fast-paced, high-level competition of League of Legends is a great fit for BTN’s audience. We’re excited to be the first conference-owned network to bring the intensity of collegiate esports to a television audience.”

One market report puts esports revenue at nearly half a billion dollars for 2016. Millions of viewers tune in to watch at dozens of events each year, selling out stadiums. Schools are taking notice. Two weeks ago the University of California Irvine became the biggest university to introduce an esports scholarship program, just one out of over a dozen schools in a growing trend to recognize the sport.

Now the Big Ten Network has partnered with League developer Riot Games to bring League of Legends competition to television for the first time in America.

The Big Ten Network may seem like a surprising outlet to tackle the esports trend considering no Big Ten school has implemented an esports scholarship program, but 13 of the 14 schools in the conference feature official League of Legends clubs, which is “more schools than any other conference,” Maleh said. Plus, the teams those clubs have produced are successful. The University of Maryland is currently competing in the final four of the uLoL Campus Series, the collegiate League of Legends league hosted by Riot Games.

The two teams competing in the Big Ten Invitational, Ohio State and Michigan State, met in the sweet 16 of the bracket after placing second and third in the North Conference of the Campus Series. Ohio State came out on top.

The Big Ten Network began researching a potential esports event about one year ago, Jordan Maleh, Director of Digital & Consumer Marketing at BTN, told the Daily Dot. In April, coincidentally around the time ESPN pushed collegiate esports into the national conscious by airing the original Heroes of the Dorm, the Penn State University esports club hosted a small tournament on their campus, broadcasting matches on their Twitch channel.

“We reached out to them because they actually host an event with other Big Ten schools and that’s where it first started,” Maleh said. “We gravitated towards this because we cover all Big Ten sports at all of these schools, so we thought it’d be a great opportunity to look further into this opportunity and ultimately were able to partner with Riot.”

Maleh added: “We’re clearly getting our feet wet here, and I think we’re working with one of the best partners we can work with, having that opportunity to understand how it goes. Our goal is to have a very successful event and continue a partnership working with Riot.”

The broadcast will be familiar to anyone who has watched the uLoL Campus Series broadcasts. Riot will handle the production for the event. And the company even helped decide which two teams were competing in it—the two best Big Ten teams who still don’t have matches left to prepare for in the Campus Series. The big challenge will be explaining a complicated title like League of Legends to a wide audience who likely won’t know the basics of the game, but productions like ESPN’s Heroes of the Dorm show that it’s certainly possible to at least grab the attention of neophyte viewers.

For Riot, it’s important to ensure the League of Legends viewer experience doesn’t get watered down for a mainstream audience. A spokesperson told the Daily Dot that the company remains “100 percent to delivering authentic esports experiences to League players and core fans, regardless of broadcast audience size.”

“We will bring the same high-quality broadcast experience to the Big Ten Invitational match that fans are used to with the regular uLoL Campus Series broadcasts,” the spokesperson said.

Maleh expects a “mixed reaction” to the production, similar to the social media response for ESPN’s Heroes of the Dorm, where many were interested after being exposed to something new but others wondered why a video game was taking the place of their traditional sports. But that’s okay—some fans like football, some like hockey, some like both or neither. And some will certainly like League of Legends.

“This is where we have to clearly test it with the market,” Maleh said. “We are excited based off of the data and the streaming results in the past with Riot and League of Legends. We’re excited about the opportunity and we’re excited to understand and learn when we roll out.”

Michigan State will seek revenge on Ohio State for their ousting in the Campus Series when the two teams clash at PAX East, but the bigger threat to the Big Ten may be schools outside their conference. Robert Morris University eliminated Ohio State and enters the final four as favorites to beat Maryland, the last Big Ten school left in the tourney. Robert Morris has an advantage—it was the first school to implement an esports scholarship program, complete with hiring a coaching staff and a practice facility for their players.

A successful event could lead to Big Ten schools considering programs of their own, something they may need to do if they want to compete on the growing collegiate esports stage. The Big Ten Network can’t speak for the schools it covers, but if fans like what they see later this month, we might see some more schools jump on a growing trend.