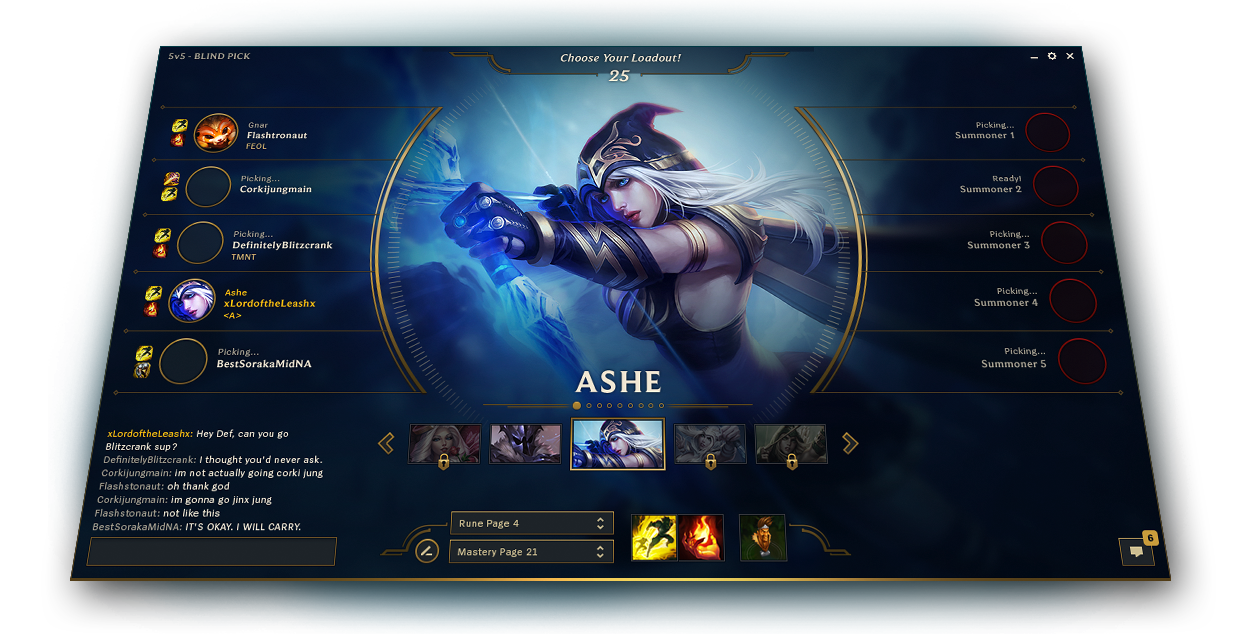 League of Legends players rejoice. After years of begging Riot Games for a new client it is finally a reality.

Players around the world were invited to sign up for the Alpha version of the new client in an announcement yesterday. Screenshots have been teased online since November last year, but this will be the first opportunity for many users to try out the updated version.

The new client will be the first substantial rework of the desktop version in six years. The current iteration has been heavily disdained by the League userbase for being buggy and inconsistent. And the technology the current client uses, Adobe Air, has been criticized for being slow and prone to crashing.

Riot has acknowledged the shortcomings of Adobe Air and thus are using an entirely different framework for the new client. It will be based on the Chromium technology stack, which is most famous for powering Google’s Chrome Web Browser.

Players are encouraged to sign up to the Alpha via the official site; however, those who are accepted shouldn’t expect stable performance. Alpha is used in software development to refer to projects that have just begun the testing phase of the software lifecycle—so expect things to break a lot. As an Alpha tester you “should prep for a rough ride,” according to the Riot client update.

Riot are initially limiting the players that are invited to the Alpha. You’ll need to have a Level 30 account with no negative behavior to be a prime candidate. And even that won’t guarantee acceptance as Riot may limit invites from players on lower-end computers.

The Alpha announcement is sure to make League players happy and the eventual replacement of the Adobe Air client will be welcomed by many in the community.