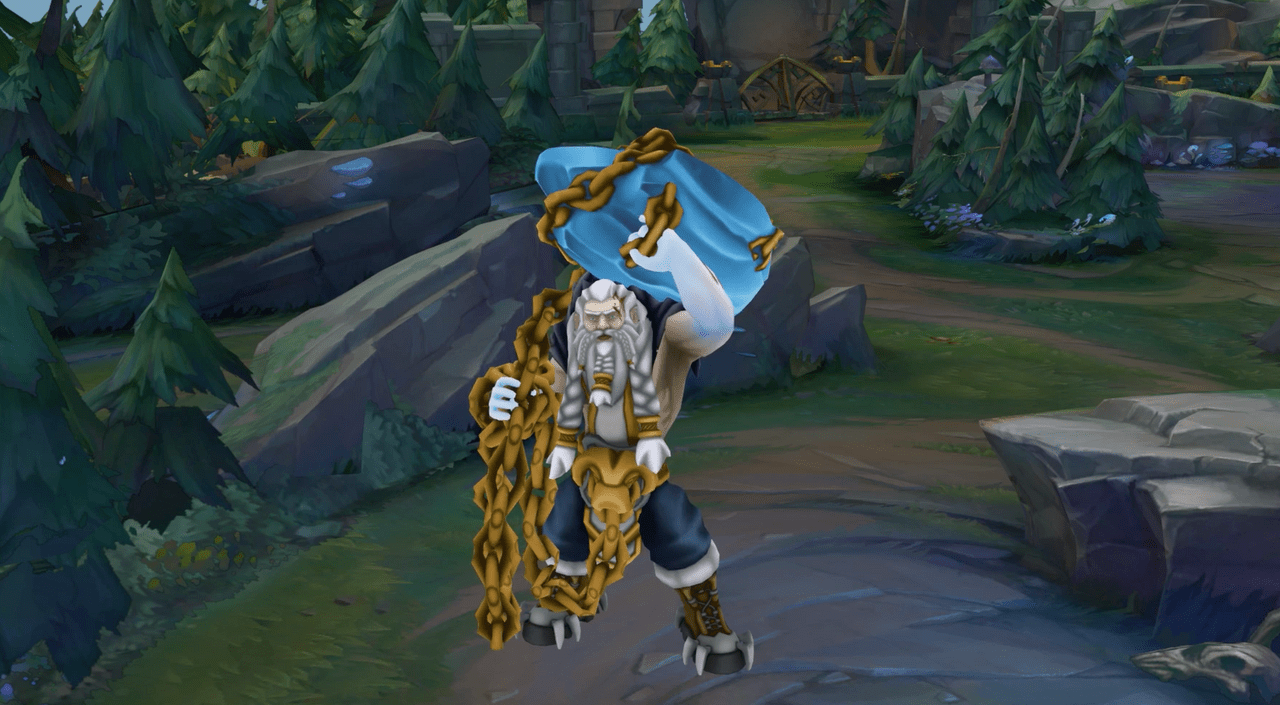 A League of Legends fan’s champion concept of Brenvar, the Chained Glacier, now has his own trailer, featuring the makeshift champion on the rift.

The initial concept of Brenvar is one that dates back all the way to 2020, when Albert Bednarski had created the Chained Glacier’s artwork and concept. Back then, he revealed that the project took over four months to create, though that was complete with both lore and abilities with only the actual 3D model missing to complete this unofficial champion.

Back then, Bednarski had said he had created Brenvar for the sole purpose of using it to apply for an internship with Riot Games, leaving very little hope that we would see the project developed into more detail

Now, a little over a year later, Bednarski has revisited the Brenvar concept, but he has since got an entire crew to help bring the initial idea of Brenvar and turn it into a reality.

The video begins with Freljord-Esque music playing in the background as a chained glacier is seen being dragged across the grass of Summoner’s Rift, it then pans up to reveal Brenvar as the fanmade champion seamlessly picks up the glacier and holds it up over his head.

Throughout the video, all of the abilities made back in 2020 are shown and brought to life, as Brenvar travels around Summoner’s Rift and unleashes his rage on the practice dummies.

At the end of the video, we see the credits of who was behind the entire creation of the new unofficial trailer for this makeshift champion. While Bednarski is credited for the initial champion concept, the actual 3D model was created by Soran Hesse. Meanwhile, the epic music you hear in the background was done by Anders Hannigan.

Some may be wondering how Brenvar was able to be placed into the Summoner’s Rift if he is not an official League champion. For non-Riot creators, they are allowed to use certain assets of the game through the “Jibber-Jabber Policy”, which the video used.

Given the extensive lore and mapped-out abilities, maybe Brenvar will eventually be an official League champion that can terrorize the enemy team.

Until then, League fans should spend some time looking into some of Bednarski’s other projects through his ArtStation, where you will find numerous 2D projects, including another champion concept that goes by the name Raska, who has his very own set of lore and abilities.