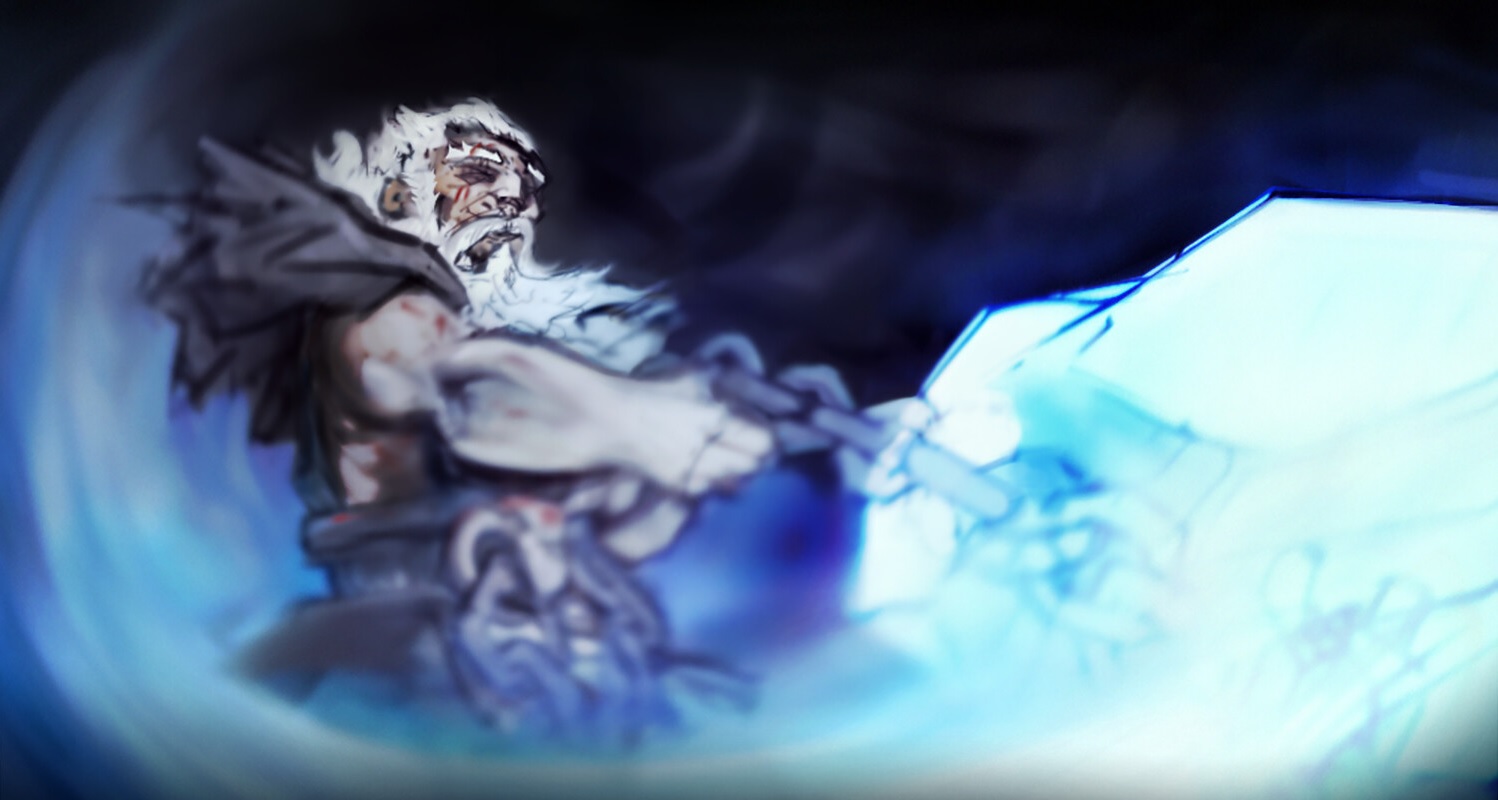 One League of Legends fan’s hard work has turned into a champion concept for Brenvar, the Chained Glacier, complete with his own lore, spells, and beautifully rendered artwork.

Albert Bednarski spent four months on the project. He said his goal was “to create a champion that fits into [League‘s] universe.”

Each skill has well-thought-out descriptions and effects, as well as animated frames to showcase what the spell would look like in an actual League game.

Brenvar’s backstory sees him as part of the Winter’s Claw, the cutthroat tribe in Freljord that’s seen its fair share of powerful fighters. Surviving a brutal snowstorm and awakening his innate Iceborn nature, he now uses the elements that once trapped him to brutalize anything in his way at any cost.

The final concept arrived at a burly, jacked, and rugged elder, but Bednarski’s concept art revealed the painstaking process he went through to get to his character’s final look. He initially toyed with both leaner and stockier builds but always retained ice as his defining characteristic.

Bednarski said he was using the project to apply for an internship at Riot Games. With the quality of work he managed to put out, don’t be surprised to see Brenvar throwing around his glacier in a few years—though it’s unlikely that this fan-created champ will end up in League.